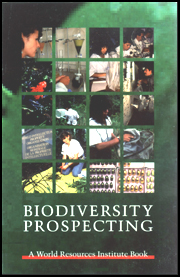 What is at Stake?

All else being equal, the growing demand for genetic and biochemical resources should increase the potential market value of the raw material. But, given the high revenues generated from the final products developed in the agricultural and pharmaceutical industries, it is easy to misjudge how much money might actually be involved.

Many of the industries using genetic and biochemical resources produce high-value commodities and thus enjoy substantial gross earnings from the commercial product. Two drugs derived from the rosy periwinkle - vincristine and vinblastine - alone earned $100 million annually for Eli Lilly (Farnsworth, 1988) - a figure that is sometimes erroneously cited as the "value" of the rosy periwinkle. But sales of a product provide little indication of the potential market value of the unimproved genetic material in the source country.

Most of the industries using these resources are capital-intensive ventures that invest substantial time and money in the production of a commercial product, and most are far removed from the original source of the genetic or biochemical material.

In the U.S. pharmaceutical industry, a commercially marketable drug requires an estimated $231 million and 12 years on average to develop (DiMasi et al., 1991). These costs cover the process of screening candidate compounds, isolating active compounds, testing for possible toxicity, and undertaking clinical trials, as well as failed attempts to discover and produce a new drug. Developing agricultural products through genetic engineering also entails substantial costs. For example, the successful introduction of Bt genes into plants took several years and cost some $1.5 million to $3 million (Collinson and Wright, 1991).

In any given trial, the likelihood of discovering a valuable compound for the pharmaceutical industry is quite low. By most estimates, only about one in 10,000 chemicals yields a promising lead, and less than one fourth of the chemicals reaching clinical trials will ever be approved as a new drug (McChesney, 1992; DiMasi et al., 1991; Principe, unpublished ms.). For example, of 50,000 extracts put through an HIV screen in the natural products research program of the National Cancer Institute, only 3 are likely to wind up in clinical trials, and of 33,000 extracts screened for cancer only 5 are receiving further study (Sears, 1992).2

Given the high value added in both the pharmaceutical industry and agriculture, the abundance of unimproved genetic and biochemical resources, and the low probability that any specific sample will have commercial value, the holders of unimproved material are likely to receive a relatively low payment for access to the resource, current heightened demand notwithstanding. In agriculture, Barton (1991) estimates, the total revenue that might be gained if developing countries sought royalties for unimproved genetic material could amount to less than $100 million annually.3

Even in the pharmaceutical industry, possible earnings from the sale of raw materials are smaller than might be thought given the industry's worldwide sales of roughly $200 billion - more than 30 times that of the seed industry (Lisansky and Coombs, 1989). In this industry, typical royalties paid for samples of unknown clinical activity (e.g., new synthetic chemicals) amount to only 1 to 5 percent of net sales - a range of royalties likely to apply to natural products as well. Consider an institution that supplies 1,000 chemicals to a pharmaceutical company in return for a 3-percent royalty on the net sales of any commercial product. Given the need to screen roughly 10,000 chemicals to find a single lead, a 1 in 4 chance of a lead being developed into a commercial product, a 5-percent discount rate, a 10-year wait before a product is ready to be marketed, and 15 years of patent protection while it is being marketed, and assuming that a drug, if discovered, generates $10 million net annual revenues, the present value of the agreement to the supplier is only $52,500.4 More sobering, there is a 97.5 percent chance that the 1,000 chemicals will not turn up any commercial product at all, and if they do, royalty payments won't begin until more than a decade after chemical screening commences.

However, the prospects for success are raised with natural products, since any extract from a species will contain hundreds or thousands of different chemicals that might result in a pharmaceutical "lead." Moreover, the probability of success can be increased through the use of multiple - and higher quality - screens. Thus, for natural products research using current technologies, the probability of success could easily be ten times that of the example above, and thus produce promising leads at a rate of about 1 per 1,000 samples.5 The probability of developing at least one commercial product in the above example would then grow from 2.5 percent to 22 percent, and the present value of the agreement would grow accordingly, to $461,000. And, if a "blockbuster" drug - earning $1 billion in sales annually - happens to be discovered under this scenario, that value would swell to $46 million.

Biodiversity prospecting does involve financial risks. With the odds against striking it rich, it often makes economic sense for biodiversity prospectors to hedge their bets by seeking advance payments and relatively small royalties rather than forgoing collecting fees and holding out for higher royalties that may never materialize. Moreover, a risk exists that the market for natural products could quickly become saturated. While a number of pharmaceutical firms have natural products research efforts under way (see Table I.1), most are small in scale, and the demand for chemical extracts from plants, animals, and microbes might be saturated by a handful of large-scale suppliers. As, say, Costa Rica, Indonesia, India, Brazil, and Mexico establish biodiversity prospecting institutes, the growing supply may well lead to steadily declining prices for raw materials.

Finally, there is no sure way of projecting future demand for biological samples on the part of the pharmaceutical industry. Within a decade or two, advances in synthetic chemistry, biotechnology, and medical sciences may curtail interest in natural products. On the other hand, wild species will continue to be a source of novel genes and proteins, as well as a source of insights into chemical and physiological processes. Nobody knows whether natural products will fall from favor in several decades or become even more valuable in medicine and in industrial applications.

In sum, while biodiversity prospecting can return profits to source countries, institutions, and communities, the amounts involved are likely to be small relative to the market value of the final products, a decade or more may pass before significant revenues materialize, a good chance exists that no commercial drugs will be produced, and late-comers may find a market already saturated with suppliers. On the other hand, given the scale of revenues generated in the pharmaceutical industry, even a relatively small share of net profits may amount to extremely large revenues for a developing country. And, if nations add value to genetic resources domestically and build technical capacity for improving the resource themselves, biodiversity prospecting could become an important component of a nation's economic development strategy.