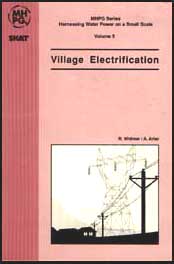 3.1 Transportation of the Equipment to the Site

The foregoing chapters have all focused on the initial design of the electrical control system for a small hydro scheme.

This chapter aims to summarize a few other important aspects that are related rather to installation and operation of a plant. Experience has shown that, if these points are not taken into account during design or the operator is not prepared for when taking up regular operation, serious problems might arise. Most of them are very particular to isolated, rural electrification schemes and are, therefore, seldom tackled in standard text-books. 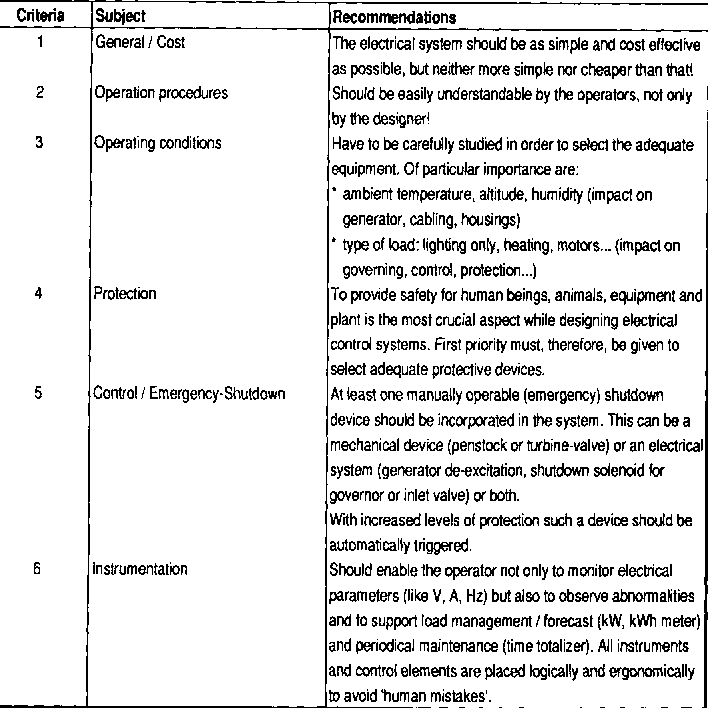 3.1 Transportation of the Equipment to the Site

Since many rural electrification schemes are located in very remote areas and have no access by motorable roads, transportation of the equipment may pose a major problem. The two alternatives are their transportation by helicopter or portraying by man or animals.

Air lifts for small hydro equipment are only considered if no other option seems to be feasible, as the high cost can hardly be afforded.

In Nepal, the well adopted weight rate for a porter is 40 kg, however, there are specialised "heavy duty" porters carrying up to 100 kg. If the path allows it, a group of porters, equipped with bamboo-sticks or the like, might even be able to carry loads up to 400 kg.

Whenever equipment has to portered to the site, this has to be kept in mind during the design of the whole system. Mechanical components (in particular to the turbine) are normally designed in a way that they can easily be taken apart for transportation.

For generators and control panels, however, this might pose some problems. Generators, for instance, have either to be carried by a group of men or the rotor has to be dismantled. The latter procedure requires qualified, experienced people to disassemble the generator, supervise portering and reassemble the rotor at site. Furthermore, the risk of damaging the generator windings during transportation has to be considered.

The electrical control system for a category C scheme is designed to be splitted into 3 panels (twin units with 2 generators and I synchronizing panel).

Typical weights for these components are given in Table 12.

Table 12 Typical weights of generator and control panel for the categories A, B and C.

For smaller sets (about 5 kW output power), generators and control panels can be carried by a single porter.

This general term covers three subjects that are all bound to the load of a plant and often pose problems: - (low) load factors

As the following paragraphs will show, almost every rural electrification scheme has to fight with at least one or all of these constraints. Both design and operation have to be optimizing procedures in order to maximize the use of electricity, but not to exceed the limits.

With regard to the revenue of a scheme, operation at a high load factor is of highest importance. At low load factors the consumers will not be able to afford the electrical energy and consequently operation of the plant will fully depend on subsidies.

If electricity is predominantly used for domestic lighting in the morning and evening hours only, low load factors are inevitable. As an example, the initial load factors of average state-run micro hydro schemes in Nepal are in the range of 10% to 25% only. With the resulting revenue, none of these plants can cover more than 50% of the regular operation and maintenance cost.

Improvement by additional use of electrical energy can mainly be achieved in the area of: cooking: change from cooking on open fire to electric stoves (or even better: heat storage cookers) cooling: power for commercially used electrical refrigerators, cottage industry, operation of flower-mills,sawmills, etc., either newly set-up or having been driven by diesel engines before.

Even though this might not be the job of the designer of the electrical control system, every assistance should be provided to enable the operating agency to promote non-lighting appliances. Especially in small scale industries the consumption might quickly be relatively large in regard to the plant's output. For critical equipment like large electrical motors, the potential user as well as the operator might be in need of support. Such may vary from design, selection and supply of star-delta-starters to modifications of the speed governing system of the scheme.

Despite of very poor load factors, the (peak) load demand is most often heavily underestimated. The pace of load development is difficult to predict, but in practice frequently leads to an uncomfortable situation: during peak demand hours, a generating set is getting overloaded within a few weeks from starting regular operation of the plant.

Once the total consumer load is higher than the generating capacity, load scheduling is required.

Keeping in view the load factor the plant should thereby always be as close to its maximum capacity as possible.

With manually governed plants, manually operated cut-off or change-over switches will serve to do this job. Much easier and more elegant is the use of modem electronic load controllers for this purpose. Advanced models on today's market incorporate load management features that cut off non-essential loads, but maintain the supply of power to priority loads in case of system overload.

Before the problem of peak time overload arises, most rural electrification schemes have to face difficulties due to imbalanced load in three phase systems. With the steady increase of the consumers demand, one of the phases might soon be overloaded. Phase loads must roughly be equalized then. Depending on the system and the characteristics of the load demand, one of the following measures has to be taken: rewiring and reconnection of consumers

- load balancing as a feature of modern load controllers

This phenomena is bound to transmission and distribution systems based on multicore cables. Such cables are capacitive and the longer they are the higher becomes the capacitive load to the generator (see part 'power factor correction'). If no inductive loads like motors are connected, the system is consequently operating at a capacitive power factor with the ultimate effect on increased generator currents and possible instabilities.

Since generators are normally designed to operate at inductive power factors from 1.0 to 0.8, it is advisable to consult the manufacturer if capacitive load conditions can be foreseen.

The use of thyristor based load controllers produces non-sinusoidal voltage and current waveforms. If these effects are not cured (with proper filters for instance) they will distort the whole electrical system, impairing all installations from the generator to consumers appliances. In the worst case, this effect might damage sensitive, electronic appliances. It influences rating and disturbs the voltage regulation of the generator.

If in doubt, both the generator and the appliance manufacturer should be consulted.