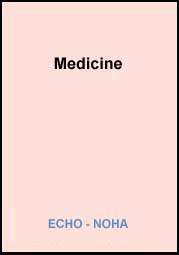 The notations introduced in this chapter are used in epidemiological studies for the description of diseases. Usually some exposure (like smoking) is regarded with respect to certain diseases (e.g. lung cancer). Measures of effect describe the association between exposure und disease. Although these notations sometimes may sound strange, in the context of disasters the measures however give sense: exposures may be living locations (see Table 7), and “disease” usually are death or injury. This chapter is orientated on a paper on Cesar G. Victora (1993).

This tornado was placed among the severest 3 percent of all tornadoes in the United States. In the 2 weeks following the tornado Glass and his coworkers had interviewed families of the deceased Wichita Falls residents and persons who were seriously injured. Based on this study the authors were able to estimate the number of people at risk in the different locations. A statement like “equal number of fatal and serious injuries took place in ‘mobile homes' and ‘apartments' ” being based on the frequency count of 4 may be misleading. Obviously, much more people have been in apartments and the risk of being injured is low (1.1 per 1,000) compared to mobile homes (13.3 per 1,000). This pitfall “floating numerators” can be solved by using the appropriate denominator.

Choice of the appropriate denominator is one of the most important tasks of an epidemiologist. The most commonly used denominators are

These denominators are essential for measuring disease frequency. Before describing these measures, however, it is useful to recall some basic definitions. A ratio is the quotient of any two numbers. For example, the female to male ratio is greater than one in most communities. Ratios used in epidemiology range from 0 to + -. A proportion is a special type of ratio in which the denominator contains the numerator. For instance, 0.53 % of people living in the area of the Wichita Falls tornado have been injured. A proportion must range from 0 to 1, or 0 % to 100 %. Odds are the number of events divided by the number of non-events. Odds, although common in betting, are harder to interpret than proportions. They vary from 0 to + _, often being expressed as 1:2 (that is, 1 case per 2 non-cases). In the example of the Wichita Falls tornado the odds of serious to fatal injuries is 52:35 or about 15:10, that is 15 seriously injured people on 10 fatally injured people. Different types of epidemiological studies allow calculation of different measures of disease frequency.

The figure represents the group under study. At time t0, a0 individuals already have the disease of interest and c0 do not. Of c0, b1 will acquire the disease by t1, while c1 remain healthy. At the end of the study (t2), c2 will still be unaffected.

This scheme assumes that the disease occurs only once in each individual and that there are no losses to follow-up.

In cross-sectional studies, subjects are examined once. The number of cases may then be divided by the total number of persons studied (denominator ‘total number'). This is usually called prevalence. In the figure at t0, the prevalence is equal to a0 / (a0 + c0), while at t2 it equals (a0 + b2)/(a0 + b2 + c2). The prevalence is a proportion. In the example the prevalence of people staying in single family houses during the tornado was 59.1 % (9,705/16,420).

The situation is more complex in so called cohort or incidence studies in which subjects are followed over time. Incidence studies usually exclude individuals who are already affected at the beginning (a0). A first choice of denominator is therefore the number of non diseased persons, the initial population at risk (c0). If they are followed up until t2, the number of new or incident cases (b2) divided by c0, gives the so called incidence risk, also known as cumulative incidence. Cumulative incidence is a proportion. An example of a (short) follow-up-study is given in Table 8. The data have been collected after the 1980 earthquake at Compania, Italy. The earthquake trapped c0 = 548 people. Until the first time point t1 = 12 h, b1 = 134 people have been extracted, giving (cumulative) incidence for extraction 134 / 548 = 0.24. At t3 = 2 days the cumulative number of extracted people is 436, giving a cumulative incidence of 436/548 = 0.80.

The cumulative incidence has 2 disadvantages: firstly, subjects who develop the disease, who die from other causes or who are lost to follow-up can no longer be detected as incident cases. For our example of the earthquake this is not a serious problem because the follow-up time is very short. Secondly, the cumulative incidence may cover very different forces of being extracted on different days. This leads on to the development of an incident rate. Its denominator is expressed as person-time units. The incidence rate may be calculated for various time intervals. If for the earthquake example we take one day as a time-unit, with exception of the first day the incidence rate is equivalent to the proportion extracted in the table: 0.26, 0.34, 0.22, 0.11 for day 1 to day 4. For the first day the time interval is only half a day. So, the incidence rate (per day) is 0.48 for the first 12 hours and 0.90 for the second 12 hours.

An incidence rate is a ratio, ranging from 0 to + -, because the numerator (events) is not contained in the denominator (person-time). It reflects the velocity of change in some characteristics of the population. For recurrent diseases, incidence rates may be greater than 1 per person-time unit. For example, in many developing countries there are around 3 diarrhoea episodes per child-year.

Proportionate rates are not as useful as those based on the population at risk. For instance, the number of deaths due to a particular cause may be related to the overall number of deaths in the same period. This denominator allows calculations of a (proportionate) mortality rate, which is actually a proportion.

An effect relates to the association between an exposure and a disease. Effects may be expressed in relative or absolute terms.

Relative effects are expressed as ratios, that is, quotients of two frequency measures. They are often referred to as relative risks. Their general form is:

Because both frequencies must be expressed in the same units, such a ratio is dimensionless, ranging from 0 to + -. For example, people in vehicles have had about a seven times higher risk of being injured than those staying in single-family-houses.