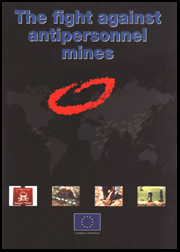 As a conclusion, it appears that the European Community should not become involved in the fight against mines at any price. The point is not to do just like the others, to follow such or such leader or expert in virtue of tradition or experience; the point is to adopt a sensible and exemplary position which praises both the rationality and humanism of Europe. Nobody to date may claim that they have the solution to such a complex issue. Military expertise itself provides but a restricted solution.

It might be argued that the authors neglect the short run in favour of the long run, and that they place too much hope in technology and sciences, Indeed we firmly believe that to solve a technological problem, you should call upon appropriate technological means of a superior level of knowledge and development. We believe that techniques, and consequently technologies and modes of action of a new generation will help face the challenge that the science of death and destruction has presented to us.

Until then, the maximum should be done, not only to remove mines, but to reduce the number of casualties. As a «humanitarian» operation, mine clearance, whether for emergency or development, is more about the human person than about mines themselves. There can be no exception to this principle. The aim should not be seen in terms of figures (number of mines to be destroyed, depolluted areas...) but rather in «humanistic» terms: preserve the individuals' health and life, give a new chance to a community and reinforce a newly restored peace.

Destruction of treacherous devices is a means, not an aim.

Preventive measures should therefore not only accompany mine clearing operations but also precede them. It will be noted that these «soft» operations, when conducted with modern techniques and in a professional manner, usually guarantee relative safety to the inhabitants of risky regions. Very often, this safety is based on the participation of the people, and is by far greater than in cases of poor-quality mine clearance.

The operations that go along with surveying and mine destruction should then be given all attention. Until the emergence of new efficient mine-clearing means, these operations should be regarded as actual means of action, and not as mere side-measures.

This should be the main tenet of the European Commission.