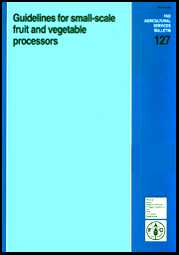 Pectin is a component of nearly all fruits and vegetables and can be extracted and used in food processing to form the characteristic gel in jams and marmalade. The richest sources of pectin are the peels of citrus fruits such as lime, lemon, orange and passion fruit or the pulp of apple (known as ‘pomace’ after juice has been extracted). Commercially, pectin is available as either a light brown powder or as a dark liquid concentrate. It is stable if stored in cool, dry place and it will lose only about 2% of its gelling power per year.

There are two main types of pectin:

2) low methoxyl (LM) pectins, which do not need sugar or acid to form a gel, but instead use calcium salts.

These form a gel with a wide range of solids (10-80%) within broader pH range of 2.5-6.5. They are used mainly for spreads or for gelling agents in milk products. However, there are a large number of different types of pectin within each group, such as ‘rapid set’ and ‘slow set’ pectins, that are made for different applications and it is necessary to specify carefully the type required when ordering from a supplier.

It is difficult to make specific grades of pectin or the powdered products at a small scale. Where attempts have been made to set up small commercial pectin units, the process has not been financially viable due to the expense of recovering solvents that are used to precipitate the pectin before drying. However, it is possible for jam-makers to increase the amount of crude (unrefined) pectin in their products by extracting it with water without using solvents (Figure 15). This is useful if the producer is making jam from fruits such as melon that are naturally low in pectin. When using pectin to make set preserves, such as jams, jellies etc., it is important that the pH is within the range of 3.0-3.5 and that they are boiled to at least 68% solids content. Powdered pectin is added to fruit pulp at 3-6g per kg of final product, but it should first be mixed with about five times its weight of sugar to prevent lumps forming when it is added to the pulp or juice (see also Section 2.2.9).

Papain is an enzyme that is found in the skin of unripe papaya fruits. It breaks down proteins and finds widespread applications in industrialised countries for meat tenderising and in brewing. Advances in biotechnology during the last twenty years resulted in a synthetic papain that was cheaper than the natural enzyme and as a result there was a decline in the market for natural papain. However, in recent years, there has again been increasing interest in the natural product and it can now achieve a higher value than before.

For profitable production, it is usually necessary to plant papaya trees in orchards, rather than collecting it from widely scattered trees which increases collection costs. Crude (unrefined) papain is normally produced because the refining technology is too expensive for most small-scale entrepreneurs. The process of papain extraction involves making shallow cuts in the skin of unripe fruits while they are still on the tree. The skin then oozes a white, sticky liquid which is collected by scraping the fruit each day for several weeks. This ‘latex’ is then spread out in shallow trays and sun-dried until it becomes brittle. The crude papain is packaged and exported to refiners. Because papain is an enzyme that attacks proteins, the crude latex should be handled with gloves to avoid damage to the operator’s skin.