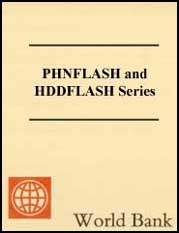 Women's poor health is a reflection of their low status in many developing countries. Worldwide, women have a longer life expectancy than men [but] despite this, females have higher morbidity and physical disability levels than males throughout the life cycle. The differential in health status often begins in childhood, when girls receive less nutrition and health services than their brothers.

Women's lack of education and disadvantaged social position help perpetuate poor health and high fertility, as well as a continued cycle of poverty. Because women tend to be less educated and have less access to information, they are less apt to recognize problems or understand the value of or seek out preventive and curative care. Among other benefits, female education, especially through the secondary level, is associated with greater use of contraception and increased age of marriage, both of which improve women's health by reducing their exposure to pregnancy and early childbearing.

Families and communities also frequently underestimate the social and economic worth of women, and, therefore, their health needs. In Senegal, for example, a study which examined the low utilization of maternal health services found that only two percent of the women interviewed said they would decide for themselves to seek care in the event of pregnancy-related complications.

A number of other health problems associated with women's low socioeconomic status must also be addressed by health and development programs. Gender-specific violence provides an example. In Papua New Guinea, a survey found that 67 percent of rural women were victims of wife abuse. Dowry deaths and bride burning in India and female circumcision in parts of Africa and the Middle East are further examples of gender-specific cultural practices deleterious to women's health. Occupational health hazards are also an increasing concern. Women's low status, particularly lack of education, exacerbated by economic hardship, is leading to increasing prostitution, for example. This, in turn, is contributing to the rapid spread of STDs, including AIDS.

The health of women is integrally related to their overall status in society. Expanded opportunities in health and education will allow women greater control over their health and lives and enable them to exercise more productive and visible roles in socioeconomic development.