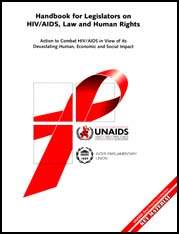 5 The 30-year project which began in 1998 involves the use of 2,000 workers, usually single unaccompanied males living in barracks and 400-600 truckers -Confronting AIDS: Public Priorities in a Global Epidemic, A World Bank Policy Research paper, 1998, Box 1.3.

7 According to UNAIDS best practice means accumulating and applying knowledge about what is working or not working in AIDS prevention, care and support projects and programmes in different situations and contexts. It is the lessons learned, as well as the continuous process of learning, feedback, reflection and analysis of practices which are sound, ethical, effective, responsive and replicable. Collection, production, dissemination and promotion of such data enable it to be shared and lessons learnt before adaptation to other countries or regions.

9 Logan D. The Business Response to HIV/AIDS: Innovation and Partnership, UNAIDS and the Prince of Wales Business Leaders' Forum, Geneva and London, 1997.

15 The SHAKTI project of CARE funded by DFID.

16 In March 1996 a workshop sponsored by UNAIDS was held in New Delhi by the Parliamentarians' Forum for Human Development on AIDS: Approaches to Prevention - papers and proceedings edited by Dr N. Heptulla. A global conference, AIDS - Law and Humanity, was held by the Indian Law Institute in December 1995 in New Delhi, India which was opened by the President and Prime Minister, as well as several Cabinet Ministers.

17 AIDS workshops were held for 35 parliamentarians of the Population and Social Development Committee in September 1997 and August 1998 by the National Center for AIDS and STD Control funded by UNAIDS.

18 The Health Commission held an International Forum on HIV/AIDS and Legislative Challenge in Mexico for the Lower Chamber of the National Congress.

19 The Malawi Cabinet Sub-committee on HIV/AIDS has a Parliamentary Caucus for Women.

27 Adopted at the World Conference on Human Rights, A/CONE 157/24 (Part I), Chap. III. See also the Declaration on the Right to Development.

28 Craven MCR. The International Covenant on Economic, Social and Cultural Rights: A Perspective on its Development, Clarendon Press, Oxford, 1995, p. 109.

32 This could include provincial/State as well as national representation in federal systems.

44 Impetus for the initiative came from: senior national and regional officials; a realization that the epidemic was rapidly expanding as shown by dramatic sentinel surveillance findings; compelling evidence of the value of decentralization by the external assistance community; and pressure from a forum convened during the 3rd International Conference on AIDS in Asia and the Pacific in Chiang Mai. - Dr Wiwat Rojanapithayakorn and Mr P. Cox, "Interim Results of a Case Study from Northern Thailand - Governance and HIV, Decentralisation" presented at the 4th International Congress on AIDS in Asia and the Pacific, Manila, October 1997.

45 This being the first time that budget was provided to a programme not belonging to any government ministry.

48 Parnell B, Lie G, Hernandez JJ and Robins C. Development and the HIV Epidemic: A forward-looking evaluation of the approach of the UNDP HIV and Development Programme, June 1996, p.2.

49 Bagasao TM. "Moving Forward Through Community Response: Lessons Learned from HIV Prevention in Asia and the Pacific" Health and Human Rights (1998) 3(1), 9 at 15

52 The dynamic NGO community in the Philippines is assisted by the recognition of the importance of NGOs in the Constitution and other legislation, such as in the area of Local Government which provides for the participation of civil society on councils.

53 Aldaba F and Petilla J. "Interim Results of a Case Study from the Philippines-Governance and Hiy Government/Civil Society Interface" presented at the 4th International Congress on AIDS in Asia and the Pacific, Manila, October 1997.

54 O'Loughlin B and Murni S. Report on a Consultancy on the Involvement of People Living with HIV/AIDS in Policy and Programme Development in the Response to the HIV Epidemic in Asia and the Pacific, September 1997.

58 However, a 1995 law authorized mandatory testing of the army and police - in the former case, the national identity card has a seal placed on it indicating that a per-son was exempted from military service on the grounds of being HIV infected, which of course violates privacy: Tealdi, JC. loc. cit..

67 In some countries different terminology is used for two types of obligatory testing. Mandatory testing is a precondition for obtaining a service or benefit. Compulsory testing is where a person has no choice in being tested and is required to provide a blood or other bodily fluid sample.

68 A Measure of Success in Uganda: The value of monitoring both HIV prevalence and sexual behaviour, UNAIDS Case Study, May 1998

79 Culpability refers to the extent to which an offender is morally accountable for their acts. Under the criminal law responsibility stems from both the act itself and the motive of the actor.

90 Communication No. 488/1991. Official Records of the General Assembly, Forty-Ninth Session, Supplement No. 40 (A/49/40), vol.11, annex IX EE, para. 8.5. The Federal Government in Australia overturned State legislation in Tasmania to implement the Human Rights Committee finding by the enactment of the Human Rights (Sexual Conduct) Act 1994.

91 McKenna N. On the Margins: Men who have sex with men in the developing world, Panos Institute in association with the Norwegian Red Cross, London, 1996.

92 The National Coalition for Gay and Lesbian Equality and Anon. v The Minister of Justice and Ors (9 October 1998) unreported decision of the Constitutional Court - see website at University of Witswatersrand Law School at http:/www.law.law.wits.ac.za./judgements/1998/gaylessum.html.

96 Bindman J. Redefining Prostitution as Sex Work on the International Agenda, Anti-Slavery International (with the participation of the Network of Sex Work Projects), London,1997.

97 Including where appropriate, translations which relate to the predominant ethnicity of clients and workers.

107 Statement by UNAIDS to the UN Commission on Human Rights, April 1996.

108 In Costa Rica the Ministry of Health is required by law to provide health units in prisons with materials including disposable needles and syringes, testing kits, condoms and educational materials.

110 AIDS and Detention: The Combat Against AIDS in Penitentiary Institutions in the Netherlands, 1995.

120 In the first stage an employer may only ask whether applicants can perform job-related functions. After a conditional offer of employment is made, the second stage occurs where all entering employees may be medically tested, but not selected applicants. The burden of the cost of general testing, the requirement to keep the results of such tests confidential and not to use such results except in accordance with the Act is thought to be a significant deterrent to HIV testing: Feldblum C. Disability Antidiscrimination Laws and HIV Testing of Health Care Providers in Courts, Health Science and the Law (1991) 2(1), 136 (Georgetown Medical and Law Centers).

121 The Australian definition used in the Disability Discrimination Act, 1992 is "the presence in the body of organisms capable of causing disease or illness".

123 In the Australian Capital Territory the law provides that circumstances will not be regarded as materially different because the discriminator has to provide differently for the HIV-positive person.

127 This consistency of age should not impact on the crime of paedophilia, whether heterosexual or homosexual in nature.

132 Report of the Privacy and HIV/AIDS Working Party, Commonwealth of Australia, September 1992

139 Even implied, such as under the duties of fidelity and good faith, to carry out their work in a skilful and competent manner, and exercise reasonable care not to cause injury or loss in the course of performing work.

141 Employees may be required to take zidovudine after a needlestick injury as part of their duty to mitigate damages, if this is considered reasonable, based on medical evidence as to its prophylactic value.

147 Permitted Medical Experiments, International Tribunal of Nuremberg, in Trials of War Criminals before the Nuremberg Military Tribunals under Council Law No. 10, The Medical Case, Vols. I and II, Washington D.C., US Govt. Printing Office, 1950.

153 ACTIONAID and UNDP, Strategies for Hope -No. 11 Broadening the front: NGO responses to HIV and AIDS in India.

169 UNFPA The State of the World Population the Right to Choose: Reproductive Rights and Reproductive Health - 1997, Chapter 2 and Special Report: Implementing the ICPD Programme of Action.

182 A similar process of research, consultation, review and reform was held in 1993 by the National Inquiry into the Human Rights of People with Mental Illness also conducted by HREOC.

185 Using the analogy of food - teaching responsible eating prevents food being used in a harmful way.

194 HIV/AIDS and the Law: A Resource Manual, AIDS Law Project and Lawyers for Human Rights, University of Witwatersrand, South Africa, May 1997, Appendix 2.

195 Ministry of Labour, Republic of Namibia, National Code of HIV/AIDS and Employment, August 1996.

197 The Business Response to HIV/AIDS: Innovation and Partnership, UNAIDS and the Prince of Wales Business Leaders Forum, 1998, p.35.

204 UN Institute for Training and Research (UNITAR) and the UN Center for Human Rights, 1997.