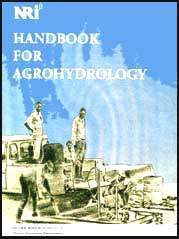 Among the other influences on runoff that can be important is the geological nature of the area under study. It affects runoff in three main ways:

1. Lithology. Particular rock types that are exposed at the surface of the ground can have a profound influence on runoff, but generally large areas of exposed rock are not common. Impermeable rock surfaces such as granite, gneisses, shales etc. can produce very high percentages of surface flow and may be locally important as sources of runoff. In semi-arid areas, and where these rocks are highly fractured, they not only lead to rapid runoff from their impermeable surfaces, but can also provide ground water that prolongs stream flow beyond the normally short period of flash-flooding. Permeable lithologies such as limestone and porous sandstone can limit surface flow to brief periods, only attained when ground water levels are extremely high. Perennial springs may occur where they overlie impermeable layers. According to its permeability, the geology of an area will determine surface drainage density, stream channel length and catchment shape.

2. Soils. The most widespread effect on runoff, of geology, is through the type of soil that it engenders. Granite, sandstones and quartzites produce sandy soils with relatively few nutrients and high rates of infiltration. Shales and basic igneous rocks usually give rise to relatively impermeable clays, though the humidity of the climate will determine the processes of weathering and erosion, and the type of soil that is subsequently formed.

3. Topography. Topography is also the result of geology and climate which determine land form, slopes and local microtopography.

Stream density is an index of the concentration of a drainage network within a catchment area. It will not be an important factor when small runoff plots are studied, but is used frequently as an independent variable in regression analysis for natural catchments. It should be noted that larger runoff plots, for instance those greater than about 0.5 hectare especially where they constitute a portion of a large field or a natural catchment, may well exhibit a stream network, though in arid and semi arid regions stream flow will be ephemeral. Such networks exhibit themselves as microtopography and may be influential in determining the runoff efficiency of the catchment, as they intercept sheet flow and channel it to the catchment outlet. The measurement of discharge by sheet flow alone is more difficult to achieve, as it is prone to retention by vegetation, ponding and subsequent infiltration. In origin, stream density is closely related to structural geology, Ethology, slope and climate. In general terms the greater the density of a stream network, the greater the percentage runoff for any given rainfall, because stream channels conduct runoff efficiently they lead to high, sharp peaks and rapid recessions. Relatively complicated systems of stream hierarchy are used to derive a stream density index in hydrological analysis, but they are somewhat beyond the scope of this book. A simple but appropriate index that can be used for regression analysis is length of stream per unit area (e.g. km km-2), though the correlation of such a stream index with other catchment characteristics must be considered before use in regression.

Human influences on runoff can be very great and they work at many scales. The wholesale destruction of huge forested areas has led to disastrous flooding and extreme environmental degradation. A list of the most important influences that affect the amount of runoff from the land may include:

Arable agriculture appears less harmful, perhaps, but its effect on the hydrological nature of much of he world's surface is profound.