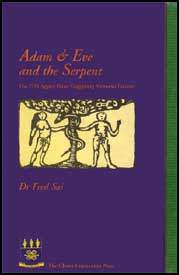 When I was invited to give the 1994 Aggrey-Fraser-Guggisberg Memorial lectures of the University of Ghana I felt very excited about the opportunity given me to state some of my views on various development problems in Ghana. I quickly realized that the most troubling issue, to me at least, was the role and status of women in our society.

We have some very progressive laws. We have equal pay for equal work. In theory we have equal access to education for boys and girls. In practice, however, things are quite different. Choices made in homes, diminished opportunity for access to quality education, discriminatory and anachronistic social and cultural practices all act together to deny girls and women their proper roles in Ghanaian society.

While thinking about these it struck me that in my society the burden fertility and childbearing put on women is one of the basic reasons for many of the discriminatory practices. During a single session at a public lecture organized mainly for pharmacists I was to confront two strongly held beliefs derived from the Bible which confirmed me in my view.

A questioner wanted to know why we should want to confound God's purposes as stated in Genesis: "Be fruitful, and multiply" by preaching population management; another asked why we should have the safe motherhood initiative which would be clearly against "In sorrow thou shalt bring forth children".

If such views are seriously held by educated Ghanaians, however few their numbers, then perhaps the problem of women's status and emancipation and the recognition of the need for equity and equality between the sexes is more distant than some of us believed. I decided therefore to tackle the subject head on. This made me also go for the biblical origin for the title to the series, "Adam & Eve and the Serpent".

The Bible attributes the fall of man from God's grace to woman. She should therefore be made to pay for this and Eve and her daughters have been paying ever since. Without a biblical base however, it is clear that the superior physical strength of man and the burdens of fertility, childbearing and raising have all conspired to weave a web of discrimination and even downright oppression around women in all cultures and most societies. Recent efforts to break with these are slowly gaining ground but not fast enough in many societies.

In Africa it will remain slow if both men and women do not work at it. It is to make a call for a greater attention to this important aspect of human resource development in Africa in general, and Ghana in particular, that gave me the courage to give these lectures. I would like to dedicate them to the down-trodden women of Africa in all societies and all cultures.