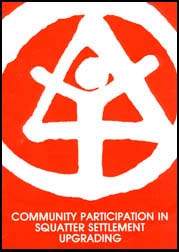 For reasons of copyright, it is not possible to add case studies in the form of articles or chapters from books to this module. Therefore, a bibliography (yellow) listing titles of articles and books on squatter settlement upgrading has been added to the course paper. The instructor has to make the choice of publications.

Andrews, F. and Phillips, G. “The Squatters of Lima: Who They Are and What They Want”, Journal of Developing Areas, Vol. 4, January 1970.