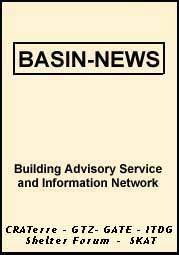 Why it is essential to establish norms for compressed earth blocks

In the past, before urbanization and the development of industrial materials, the organization of the building industry was simple: on one side were craftsmen producing and using materials and on the other were clients commissioning work. Building materials were all collected or produced where they were to be used, building techniques stayed the same, as did building styles. Producers and clients lived in the same area and had therefore the same technical experience of the best materials and the best ways of working. They shared a common technical culture. Drawing up a contract was merely a question of agreeing on prices, volumes and deadlines.

With urbanization and the appearance of industrial materials and new building techniques, the organization of the building sector became more complex. Operators became specialized. Builders are no longer involved in producing materials. New figures have emerged, slipping in between those producing materials and the end-users of the building builders' merchants, selling materials retail or wholesale, building firms and sub-contractors, housing promotion companies, credit and finance organizations, and so on. The technical know-how of all these operators is also highly specialized business negotiators know the way business operates and financial experts know how finance operates, but they have only a very limited understanding of the way materials are produced. When contracts are drawn up for the purchase of materials or for buildings, in order to avoid any later misunderstanding or disagreement, a technical description of the materials and techniques has to be prepared in writing and in precise detail. Contracts therefore nowadays contain an element of technical specification which was not necessary in traditional building practice. It is obviously very time-consuming to prepare complete descriptions for each and every contract. For materials and techniques which were in more and more common use, it seemed sensible to prepare standard documents which could be used as technical reference documents. The basic idea of establishing norms was born to create technical reference documents to facilitate exchanges between all the parties involved in the building sector. The more complex the building sector becomes, the more necessary it is to prepare normative documents and often producers themselves have taken the initiative in doing so.

Local materials have long been associated with building in rural areas where direct contact between producers and users still prevails. The elaboration of norms in this context therefore seems superfluous. But for some years, for economic reasons, materials such as the compressed Barth block have emerged as an alternative which is of interest even in the organized building sector in urban or pert-urban areas. As with industrial materials, technical reference documents, or norms, have now become necessary. A number of recent experiences enable us to highlight the basic principles which must be respected and the traps which must be avoided.

1. The principle of precision

The very objective of a normative document is to describe a given material or technique. But the very recent appearance on the market of compressed earth blocks has been accompanied by recourse, in the absence of specific documents relating to , to norms intended for other materials or to general norms which do not take account of the specific characteristics of earth blocks. This approach, which is directly opposed to the spirit of establishing norms, is a serious mistake and often helps to obstruct the development of the use of CEBs. This is because in this event CEBs are expected to match performances which they cannot achieve whilst the qualities which they do have are ignored. A norm has a ½object+ and should be applied only to that object.

2. The principle of consensus

It is all too often assumed that a norm is a purely technical document and that it is normal that technicians should be responsible for drawing it up. One should not lose sight of the fact that a normative document is above all a contractual document existing alongside discussions and agreements between various parties in the building sector. All of these must therefore be in agreement on the content of these reference documents. If one or more parties disagree with the content of a norm, it can no longer serve as a reference and loses all relevance. Technicians may therefore draft a norm but for it to become an actual norm, they must obtain the consent of all parties involved. The notion of consensus is fundamental to the elaboration of a norm. It often proves extremely useful to hold a discussion meeting between all the parties in order to define norms which really prove to be useful promotional tools for producers of blocks. Lack of consultation at the definition stage on the other hand inevitably leads to failure.

3. The principle of realism

Building producers and entrepreneurs are pragmatists confronted by precise technical problems and with limited means at their disposal. The technical documents which they need for their work should therefore resemble them, i.e. they should be precise, direct, and realistic. What use is a document which suggests ways of measuring or testing materials which are materially or financially impractical in a local context? For example, recommending the use of a laboratory compressive strength test for small production units is a typical lack of realism, given that the cost of this type of test is equivalent to the value of several hundred blocks. In this context, it would be preferable to recommend a bending strength test using normal cheap site equipment. There is often a link between lack of realism and an lack of consultation. If producers are involved in the preparation of norms, they can immediately draw attention to the unrealistic elements which might be contained in a draft norm.

4. The principle of coherence

A norm should be a document which is easy to read and to use and which should not give rise to any confusion. Attempts to produce a single, all-embracing document which describes every aspect of the production, use, and testing of compressed earth blocks, often achieve the very opposite result with a document which is comprehensible only to specialized technicians. In addition a norm is a contractual document. If the contract relates, for example, to CEBs to be used in masonry, it is important to describe the performances and characteristics of the blocks. How they were manufactured, on the other hand, is not useful to know. If an all-embracing document is used, much of it will not be relevant to each specific contract. It would therefore seem preferable to prepare several complementary documents:

-a terminology norm, containing a description of all the terms applicable to the production, use and identification of CBs;

-a product norm, describing the appearance, characteristics and performances of blocks. This norm is therefore very widely used in negotiations relating to the purchase of blocks or to building works;

-a production norm, describing optimum production methods for CEBs. This enables one to assess the technical skills of a producer;

-a utilization norm, describing the main principles for the application of CEBs;

-a testing norm, describing all the site or laboratory testing methods which might be used for measuring the characteristics of the block or evaluating its performances.

This notion is essential where local materials are concerned. Their manufacture and application are linked to local parameters which must be taken into account to obtain high quality products. For example, for compressed earth blocks, the soil type is very important but block production methods will have to be adapted to the local soil. For example, a sandy soil does not use the same water content as a clayey soil. To set a single value for the water content of a soil would be counterproductive. To take another example, a certain level of mechanical strength can seem quite adequate in a temperate climate but inadequate in an area subject to very high winds. A normative document must suit local conditions. With industrial materials, norms are habitually applied without reference to the context in which they are produced and applied. A normative document has a precise target group a given market in a particular context. This target group is its ½ area of application + and it has limits outside which the norm no longer makes sense. An area of application might be geographic or climatic, but it could also be economic. For example, within the same region, one might very well prepare one document for workshop production units and another for semi-industrial units. Poor definition of the area of application often results in lack of realism in the content of certain parameters which might be applicable in some circumstances and impossible to achieve in others. For example, laboratory testing of blocks is not unrealistic in the context of a large business, but will be difficult for the small craft producer. As an alternative to drawing up several documents, realistic alternatives for the parameters which are likely to pose problems can be recommended. What is important is for the document to reach its target group. Here again, deliberately seeking a consensus at the preparation stage of norms guarantees a good match between the norm and the local situation.

6. Normative documents and the search for quality

Normative documents are technical reference documents. They enable one to judge the quality of applied products but it is not the documents themselves which dictate the quality of the products. They provide a guarantee of quality during market negotiations and oblige producers to supply products of a given level. But if the producer is not given the means to improve his production methods, the norm will then seem to be no more than a barrier. The dissemination of norms only contributes to improvements in the general quality of blocks and buildings if it forms part of an overall approach to the promotion of quality. 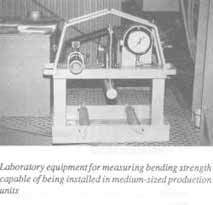 This search for quality embraces aspects of training, technical support, and organizational and management support. 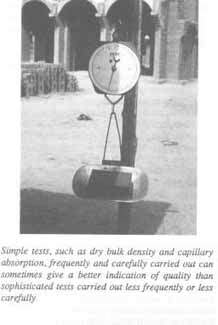 7. The establishment of norms and international cooperation

In developing countries, normative documents were often drawn up using documents prepared for developed countries as blueprints. This approach is contrary to the very essence of establishing norms for a number of reasons confusion regarding the object of the document, failure to achieve a consensus during its elaboration, lack of realism, failure to identify a clear target group. Fortunately, over the past few years this situation has been changing. The need to create genuinely relevant documents implies the need for deliberation and exchange beforehand between local materials professionals. international cooperation, and more specifically cooperation between developing countries facing the same problems, would seem to be very useful. It is therefore worth noting the value of working sessions such as the <<workshop on standards and specifications for local building materials+ organized by UNCHS (United Nations Center for Human Settlements), the CSC (Commonwealth Science Council) and ARSO (African Regional Organization for Standardization), or to take another example certain programmes undertaken by UNIDO (United Nations Industrial Development Organization) in a number of countries on the subject of the search for quality in CEB production enterprises.