International debt is a dangerous obstacle to human development, forcing the world's most impoverished countries to use scarce resources to pay their debt rather than invest in the well-being of their people. In this policy document two international networks of Catholic development organizations, CIDSE (International Co-operation for Development and Solidarity) and CI (Caritas Internationalis), together call for the cancellation of the unpayable debt of the most impoverished countries by the year 2000'. Our concern stems from our firsthand experience of the impact of debt on the poor and years of our advocacy work for debt relief.

The severity of today's crisis facing the poorest countries in the world, combined with the upcoming Jubilee, have inspired us to work together to actively find solutions to the problem of international debt. The purpose of this document is to increase public awareness of international debt, outline a CIDSE/Caritas Internationalis position, and propose actions to bring about a lasting solution to the debt crisis.

We view international debt from the perspective of Catholic social teaching, which offers a set of principles and a framework to understand the issue and examine options to bring about change. International debt is a complex policy issue that carries with it a profound moral challenge. This challenge is based on how the international debt affects the human dignity, human rights, and human welfare of some of the most vulnerable women, men, and children in the global community. The moral dimensions of international debt extend to how it was contracted, who was involved in key decisions, which institutions are now primarily responsible for its resolution, and what moral criteria should be used to assess and structure the relationships of the individuals and institutions involved. 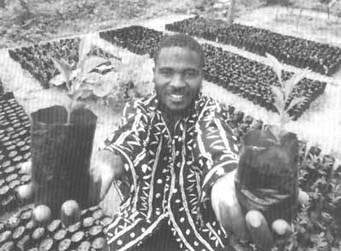 The existence of debt has both social and financial costs. On the social side, debt repayments divert resources that could be used to fight poverty or invest in infrastructure such as roads, schools or health facilities. Sub-Saharan African governments transfer to Northern creditors four times more than they spend on the health of their people. On the financial side, high levels of debt indicate investment risk and thus deter investment. The impact of debt is made worse by structural adjustment and stabilization policies which seek to correct macroeconomic problems and improve the management of public resources, yet often have the effect of limiting social expenditures, slowing investment, reducing the competitiveness of domestic firms, and increasing unemployment.

Previous attempts by bilateral, multilateral, and commercial creditors have not been sufficient to reduce international debt in a way that benefits the most impoverished people. Recognizing the magnitude of the crisis, the World Bank and International Monetary Fund agreed in 1996 to a comprehensive debt reduction plan, the Heavily Indebted Poor Country (HIPC) Initiative. Its purpose is to reduce the external debt of heavily indebted poor countries to a sustainable level. Only a few of the 41 HIPCs are eligible, however, and those that qualify receive too little relief after too long a wait. Furthermore, sustainability is defined in narrow terms that do not take into account the impact of debt on people's lives.

CIDSE and CI call for cancellation of the unpayable debt of the most impoverished countries by the year 2000. To achieve this goal, we advocate:

2. Linking debt cancellation with investment in human development in ways that are appropriate within each country and determined after consultation between governments and civil society;

3. Ensuring decisions on debt relief are made in a transparent way. The international financial institutions, Paris Club, and governments should share planning documents with civil society organizations and actively incorporate the views of civil society on debt analyses, planning, and conditions placed on loans;

4. Changing the structure of international financial relations to ensure that debtors, people affected by debt, and creditors are equal parties in negotiations on debt. One possibility is to set up an international bankruptcy/insolvency procedure.

These objectives can only be reached with the strong mobilization of public opinion, both in creditor and debtor countries. CIDSE and CI urge their constituencies to learn more about debt, to build awareness at the grassroots level, to launch or join public opinion campaigns, and to lobby decision-makers. On the basis of shared Catholic social teaching, CIDSE and CI believe that organizations associated with the Church have the responsibility to work with decision-makers on this issue. In the spirit of solidarity among nations and peoples, CIDSE and CI believe they have an obligation to work together to promote an authentic and substantial solution to the debt problem now and in the coming years.