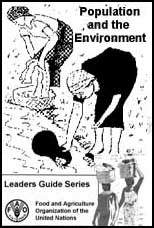 Activity no. 4 - Building a solar heater/cooker 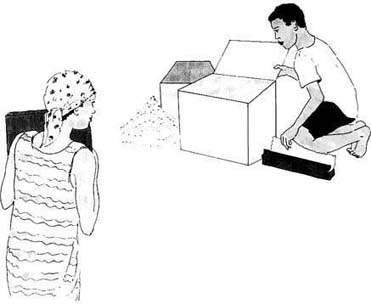 A participatory activity designed to construct a practical solar heater/cooker and at the same time increase group understanding of the difference between renewable and non-renewable resources.

· The group leader starts off a discussion about how our natural resources are of three kinds:

Renewable (that is, they can be managed so that they are constantly replenished) such as forests, water and agricultural land

Non-renewable (that is, when they are used up, they are gone for ever) such as oil, coal and natural gas

Unlimited such as the wind and sun

· The group then constructs a practical solar heater/cooker to demonstrate how solar energy can be used.

· If possible, the solar heater/cooker is maintained and used to produce some saleable commodity as an income-generating activity for the group.

· Understand the difference between renewable and non-renewable resources.

· Gain practical experience in using the sun as an alternative energy source.

· The plans for building a simple solar cooker on pages 43-45.

· Two cardboard boxes, one slightly smaller than the other. The larger box should have a top or lid.

· One roll of aluminum foil.

· Some dry grass, straw or sand.

2) Cover the bottom of the inside of the smaller box with some dark coloured material (painting it black would be best, but even colouring it with dark-coloured soil would be O.K.).

3) Take the larger cardboard box and put a layer of straw, dry grass or sand in the bottom.

4) Now place the smaller box inside the larger one and fill up the space between the two boxes with more sand, straw or dry grass. This material will help to keep the heat in your solar cooker. Cover the filled space between the two boxes with something that will keep the sand or grass from getting inside the smaller box (perhaps another strip of cardboard box).

5) Place the piece of glass over the top of the cooker so that it completely covers the smaller box, and the solar cooker is done.

6) To use the solar cooker, remove the piece of glass and place the food to be cooked (in a dark-coloured pot) inside the cooker. Then replace the glass.

7) Put the solar cooker in a sunny place and position the lid of the outside box so that it reflects the rays of the sun into the box (as in the diagram). In not much more time than it usually takes to cook whatever food it is, your solar cooked meal will be ready.

Solar cooker in a sunny place