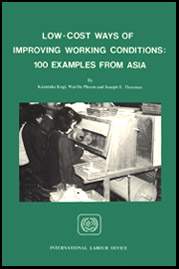 If work is hot and dirty or involves chemicals, it is necessary to provide shower or bathing facilities and good changing rooms.

Unfortunately, sanitary facilities are often neglected. They are often far from the worksite, insufficient in number and poorly maintained. Even though in many cultures people tend not to talk about toilets, these basic facilities are very important and need particular attention.

In general, improvements in sanitary facilities can be undertaken at low cost. When workplaces are built, good sanitary facilities can be included in the plan with a relatively small additional cost. It is often cheaper in the end to use materials which are durable, easily cleaned and quick in drying, such as tiles. Arrangements can be made to clean toilets and washing facilities frequently and maintain them in good repair at low cost.

In a small engineering factory with about 25 workers in Madras, India, the toilets for workers were in an unhygienic condition. Rubbish and cigarette butts were scattered around and the toilets were often clogged. The manager tried to persuade the workers to use the toilets properly, but found it difficult. As a solution, he made a special arrangement among the workers themselves, dividing them into four groups and asking each group to be responsible in turn for cleaning the toilets each week. At the same time, the manager provided a cigarette bin made from metal in each toilet.

The cost incurred was practically nil. Tools and other equipment for cleaning were already available. The bins were manufactured using scrap material. The manager proposed giving a monthly award to the group which could best keep the lavatory in good condition. This also helped change the attitude of the workers in maintaining clean toilets. 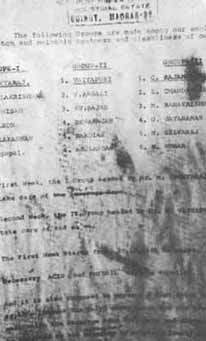 Figure 125: Instruction on the wall to arrange four groups of workers to clean the toilets in turns. 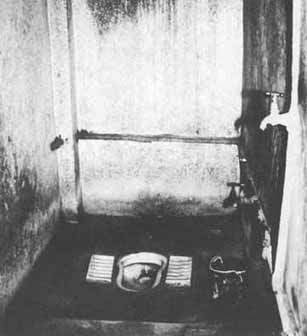 Figure 126: One of the factory toilets cleaned and in good order, with a cigarette bin.

Sanitary facilities were in a bad state in a textile mill in Sri Lanka, which employed about 100 men and about 150 women in three shifts. The toilets were broken and clogged and the flushes were often not working. The floors and walls were broken, the smell was disagreeable and the doors could hardly be closed. Some of the toilets could not be used at all for a long period of time. The increasing number of employees in the mill further aggravated the situation. The displeasure among the workers grew to such an extent that it resulted in a go-slow and hence a decrease in production. Considering the number of toilets which were not working, it was clear that the regulatory standard of one toilet for every 25 male or female workers was not met.

The management agreed to provide sufficient sanitary facilities: for men, three toilets, five urinals, three wash basins and an additional tap; and for women, five toilets, five wash basins and an additional tap. They also agreed to provide ceilings for the women's toilets and to repair all the toilets, urinals and wash basins. New doors which could be locked were provided. The floors and walls of these facilities were repaired and the walls were white washed. A labourer was engaged for each of the two shift periods between 6 a.m. and 10 p.m. to clean the toilets.

The repair and buildings of the toilet facilities pleased the workers tremendously. There was better morale and more co-operation with the management. The cost for the repair of roofs, ceilings, walls, floors and toilets, the replacement of some toilets and wash basins and the colour-washing of walls amounted to about US$ 480. The employment of two labourers cost US$ 40 per month each. 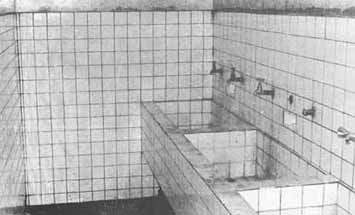 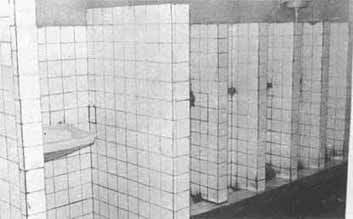 In a pump manufacturing factory which employed 25 workers in Madras, India, the toilets were not clean. The walls were stained and cigarette butts often remained for days. When the manager improved the lighting of the workrooms by painting the walls and ceilings white, he also painted the walls of the toilets in the factory. He assigned to a particular employee the job of cleaning the toilets regularly. 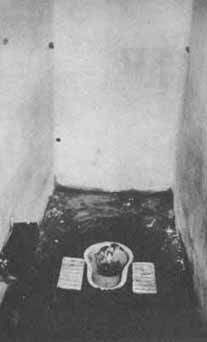 Figure 129: A toilet painted white with a newly made waste bin.

When an inspector visited the factory, this was discussed in the presence of both management and the workers. It was agreed to convert a storeroom close to the mealroom and sanitary facilities to a new changing room. The room was cleared, repaired and washed by a few workers. Seventy-five cupboards which could be locked were installed. Lines were provided for hanging work clothes after the day's work. Each worker was given a separate cupboard and had to purchase a padlock to lock it.

The cleaning and repair of the room cost about US$ 40. The purchase and installation of cupboards cost approximately US$ 320. The indirect cost in terms of wages of workers who assisted in the provision of the changing room and the installation of the cupboards was about US$ 20. The management noted that the provision of the changing room also contributed to better relations among workers and co-operation with the management. Favourable effects were also seen by increased production. 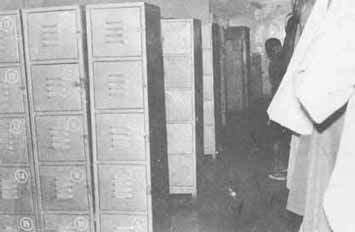 Figure 130: A changing room with cupboards, with padlocks for all the workers.

In a garment factory in Jakarta, the toilets and washing facilities were insufficient in number and poor in quality. The toilets were often clogged. Repair was always slow. There was no running water to wash hands after using the toilets or after work. The workers often had to queue during breaks due to the small number of usable toilets.

To improve their hygienic conditions, the manager decided to provide tiles for the toilets. Tiles were used not only for the floor but also for the walls. Water tanks were installed when the tile work was completed. A small plastic waste bin was provided in each toilet. The cost was about US$ 350 for the tile work and for providing water taps. The workers, mostly female, welcomed the clean toilets. The manager felt that the change also had a favourable effect on the personal hygiene of the workers. 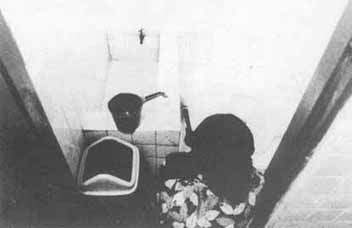 Figure 131: A toilet with a washing facility and a waste bin. 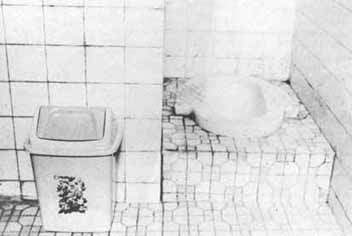 Figure 132: A toilet covered with tiles. A waste bin is also provided.