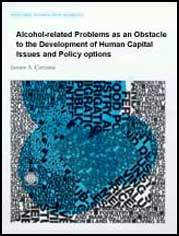 Trade in beer, wine, and spirits

Technical improvements in production technology, pasteurization and packaging, have made It possible to ship beer over long distances, particularly where there is recognition of imported brands. Nevertheless, only 2.4 percent of world beer production entered into international trade in 1981, compared to 1.5 percent in 1960 (WHO 1985).

Although many developing countries are acquiring wine growing technology, ninety percent of the supply of wine in world markets is dominated by a small group of five industrialized countries. The import of wine is also limited to a small group of industrialized countries, evinced by the fact that Great Britain, the United States, and Germany accounted for over 50 percent of all wine imports in 1980 (WHO, 1985). In general, the pattern of trade in wine is that the most expensive varieties enter the export trade, while the less expensive, lower quality wines tend to be consumed domestically.

As with beers and wines, only the higher quality and more expensive spirits tend to enter the international market. International trade is also heavily concentrated in a few countries. The primary exporter is the UK with nearly 50 percent of all exports and the principal importer is the USA with around 32 percent of the market. Once data has been collected on consumption and production and a basic list of alcohol-related problems has been decided upon, the next step is to examine the trends in alcohol-related mortality and morbidity.