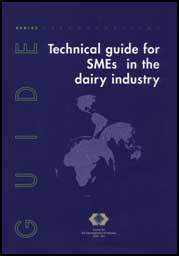 This brochure aims to promote the development of the dairy industry in the ACP region. It follows several missions to evaluate this industry in 1997 and 1998 at the initiative of the CDI in fifteen ACP countries (especially in East Africa and Southern Africa). It is mainly intended for company heads, farmers and/or processors operating on a small to medium scale, i.e. with processing capacities of between 1 000 and 50 000 litres of milk per day.

With a production level of 11 000 000 tonnes of milk, Africa produces only 2% of the world’s milk from a herd representing 14% of the world’s total dairy herd. This milk is intended for a young and growing population set to increase from 500 million in 1990 to 1.5 billion in 2025.

Within the last ten years, driven by the liberalisation of the economy, milk production and processing has really taken off in many countries. Around fifty new dairy companies have been created in the last few years on this continent.

The CDI has been called upon to intervene by studying new projects (feasibility), helping companies in their start-up stage, financing experts, training production managers or company heads in Europe in specific technologies and introducing quality-improvement programmes.

However, for many dairy entrepreneurs this is only the beginning of the path that they have embarked upon and many different problems are encountered in each company.

This guide is therefore designed as another stone in the edifice that is being constructed in numerous countries in the ACP region; it tackles problems relating to milk production and collection and the technological aspects of the most common dairy products in this region and offers advice on cleaning and disinfecting. Finally, a list of specialised manuals and publications is given, to enable each dairy industrialist to build up an essential library to answer the countless questions arising every day for the people working in this industry, along with useful addresses of different suppliers.