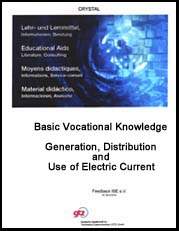 2. General remarks on the demand for electric energy and on the natural resources available

The demand for electric energy depends on the level of development of a country in view of its economy and the technologies used.

Inexpensive production methods, energy transmission with a minimum of losses and the use of waste produced for useful purposes are ecologically beneficial because of optimum utilization of the natural resources.

Nowadays intensive work is being done in an endeavour to reduce the losses in the process of transformation, transmission and use of energy.

In these days, the thesis that the demand for energy increases proportionally with the increase in production and standard of living of the people of a country is a controversial international issue. The losses can be avoided to a large extent by: use of new production technologies, optimum dimensioning of the equipment and reasonable illumination intensity. The point of emphasis is on rational use of energy. This shall be illustrated by a few examples:

Measures of rational use of energy

The aim should be:

Reduction of the energy intensity by exact indicators of power economy (energy plan) which makes it possible to find out and eliminate sources of losses, particularly of key losses.

The energy plan is an important instrument of management.

· Reasonable illumination expenditure conforming to standards with rational use of energy.

· Adaptation of the power of motors to the machines’ capacity and disconnection of idle motors from the power supply system.

· Use of modern technologies.

· Shifting of the use of energy-intensive machines to periods outside the peak-load periods.

· Reduction of consumption of energy during peak-load periods.

· Illumination of rooms according to illumination engineering aspects.

The natural resources of electric energy - in the order of priority with respect to their use and utilization - are:

Questions for recapitulation and testing

1. What are the natural resources for the generation of electric energy?
2. What measures are conducive to rational use of energy?