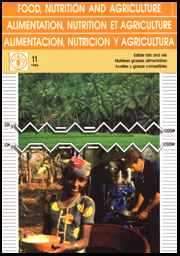 Dr Achaya participated in the 1993 FAG/WHO Expert Consultation on Fats and Oils. His areas of expertise include dairy science, food and nutrition and the history of Indian foods. 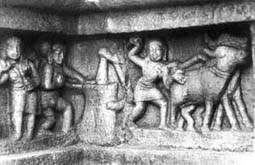 For thousands of years, fats and oils have been important in food preparation in India. Metal frying pans that are remarkably similar in design to those used today have been found in archaeological excavations of the Harappan civilization of circa 2000 BC. A number of oleaginous materials such as sesame, rape and mustard seeds and coconut were known sources of oil (Achaya, 1990). In addition, a variety of animal fats were used. However, the exact way that oil was obtained from oilseeds is uncertain.

In Sanskrit literature of about 500 BC there is a specific reference to an oil-press, although it was never described (Monier-Williams, 1899). Juices were extracted from vegetable materials as early as 1500 BC using either a mortar and pestle or a grinding stone working on a flat stone. Linguistic evidence suggests that it is from these two crushing systems that presses for both oilseeds and sugar cane developed in the form of a mortar-and-pestle arrangement powered by animals. This system Is commonly called the ghani, or the kolhu or chekku (Achaya, 1993).

Ghani operation has been noted in Afghanistan, Sri Lanka and Myanmar, which had cultural ties with India. The device is widely used in the Sudan to crush sesame seeds, though its antiquity there has not been documented. Despite subsidies by the Indian Government to support village industries, in recent times ghani operation has declined precipitously in the land of its origin.