Zambia: Cleaning up a Country 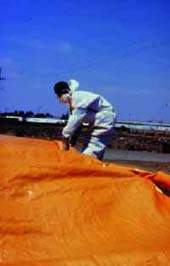 Water-engineering experts from GTZ encountered a dilemma while working on a water supply project for the capital city of Lusaka. What they found in the city’s industrial district was chaotic: A plant protectant store belonging to a farm cooperative was situated a mere 700 meters away from a potable-water well. The place was littered with hundreds of rusty, leaky drums, mountains of rotten bags and broken bottles. At first, the full extent of the problem defied recognition. Apparently, however, rain water had already washed some of the pesticides out of their dilapidated containers and into the ground.

Undertaking a systematic survey of the area, the Pesticide Disposal Project team found the situation to be as follows: The plant protection products from the original drums and bags had since become thoroughly mixed. The analysis documented the presence of eight different substances, including atrazine, DDT and lindane. All these substances were found in soil samples, and water from the well contained traces of atrazine. This alarmed the competent authorities, who took initial measures to protect the water. The well was shut down and the store covered with tarpaulins to prevent any further washout of pesticides.

In the course of their joint mission in 1995, GTZ and FAO estimated the total weight of the solid plant protectants and the empty containers at over 300 tons. In addition to the Lusaka site, uncontrolled “dumps” were also discovered at nine other up-country locations.

As stated in the Environmental Protection and Pollution Control Act of 1990, the Environmental Council of Zambia (ECZ) is responsible for toxic chemicals. Before that, the Central Statistical Office, the Agro-chemicals Association and various other entities, whose data provided a starting point for the subsequent survey, had also been concerned with the sector.

ECZ studied the effects of international agreements on the use of such chemicals in Zambia. The first objective was to identify the substances that had been in use in Zambia in the past. The study was also intended to help identify the main importers, exporters and users and to establish both the areas in which the prior informed consent (PIC) procedure comes to bear and how the consumption of chemicals affects the environment. Then, ECZ and FAO conducted a second survey with the aim of mapping the whereabouts of obsolete pesticides and their respective quantities.

Thus, three partners had joined forces in order to dispose of the toxic “legacy” in line with international standards: ECZ, FAO and the Pesticide Disposal Project of the GTZ.

A memorandum of understanding supplied the legal framework of cooperation. It called for the drafting of a mutually acceptable plan of operations, defined each partner’s responsibilities, and embodied agreements concerning preventive measures. The latter consisted mainly of holding training courses for Zambian experts in order to establish a well-functioning pesticides management setup and to prevent the occurrence of new baseline pollution. 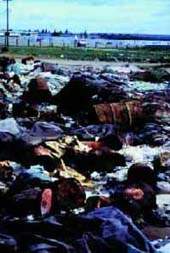 Zambia: A pesticide dump in Lusaka was situated close to a potable-water well.(1) 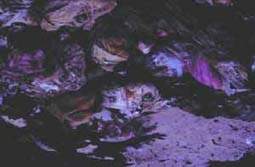 Zambia: A pesticide dump in Lusaka was situated close to a potable-water well.(2) 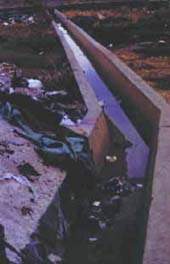 Zambia: A pesticide dump in Lusaka was situated close to a potable-water well.(3)

Since Zambia lacked suitable facilities for effecting disposal of the obsolete pesticides, the only possibility was to dispose of them in a special high-temperature incinerating plant in Europe. And so, the unpredictable freight rolled along nearly 2,000 km of railroad tracks to Dar-es-Salaam on the east coast of Africa. From there it was shipped around the Cape of Good Hope to Great Britain, where Rechem International Ltd. - a reputable commercial disposer of problem waste - was entrusted with its incineration.

Naturally, not all aspects of such a complicated scheme can be expected to run smoothly. For example, delays were caused by two occurrences: the containers with the required equipment arrived late due to customs checks that thwarted their quick passage from South Africa to Zambia via Zimbabwe. Further delays were caused by unabating heavy rains. Also, local newspaper reports about goings-on with obsolete pesticides sometimes missed their mark and, hence, caused some confusion.

Despite all adversities, however, the operation was successful. By the end of April 1997, the US $ 1.1-million, FAO-managed measure had removed 360 tons of obsolete pesticides from Zambia. Thus, the original estimate had even been exceeded. One reason for this was that the local radio stations had aired appeals for the people to turn in their old pesticides at certain collection points, and the people had responded in large numbers.

Operation Zambia was not only the largest single measure of its kind ever to have been conducted in Africa. It also made history in another way: Zambia now counts as the first developing country to be completely rid of obsolete pesticides