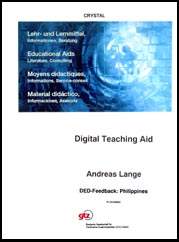 As you see, Boolean algebra can be used to create simpler circuits. But if you not quite familiar with Boolean theorems it is difficult to find the best simplification. Therefore Karnaugh mapping is the better alternative for simplification.

The starting point for digital circuit design is usually the truth table which gives us the following information:

The truth table outputs are translated into the Karnaugh map. Each position in the map represents a certain fundamental product.

As you see in Fig. 4-4, only one variable goes from uncomplement to complement. Whenever this happens, you can eliminate the variable that changes form.

Whenever you see a pair first encircle it and then simplify to get the simplified Boolean expression:

Quad: A group of 4 one's that are horizontally or vertically adjacent. End to end or in form of a square.

A quad eliminates two variables and their complements.

The variables B and D can be eliminated. So we get the following equation:

An octet eliminates three variables and their complements.

Groups can overlap to get a simpler equation:

Instead of encircling two pairs:

We can roll the map and encircle a quad:

No. 1 Simplify the following Karnaugh maps and write down the Boolean equation for every map.

No. 2 Translate each output (v, w, x, y, z) into a Karnaugh map, do the simplification and write down the Boolean equation.