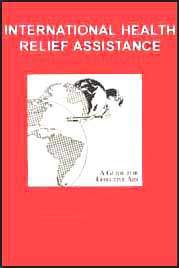 The United Nations has designated the 1990's as the International Decade for Natural Disaster Reduction-a decade in which the international community will pay special attention to fostering cooperation to reduce the loss of life, property damage and social and economic disruption caused by disasters.

Latin America and the Caribbean are vulnerable to a wide variety of natural and manmade disasters. In 1985, catastrophic earthquakes struck Chile and Mexico, killing more than 10,000 people. The eruption of the Nevado del Ruiz volcano in Colombia left 23,000 dead. Recently Hurricanes Gilbert, Joan and Hugo not only took lives but dealt a severe blow to the infrastructure of many Caribbean islands, the Yucatan peninsula in Mexico, Nicaragua and the southern United States.

Thanks to modern communications, word of these tragedies reached the international community within minutes, and in some cases in just hours, relief was on its way. This generous outpouring of aid can greatly help a disaster-stricken country if it meets real needs. But it can just as quickly become a burden if it has not been requested or reflects mistaken perceptions of what the real needs are.

The countries of the Americas have a relatively high level of health disaster preparedness and a sophisticated health infrastructure. This enables them to deal with the immediate medical needs in the aftermath of a disaster.

However, once a disaster strikes, the high cost of relief operations may drain, in a matter of days, the resources normally allotted for a one-year period for primary health care and development programs. This, added to the fact that many countries in this Region have seen their standard of living and level of developmental growth decline dramatically in the last ten years, further reduces their capacity to restore normal services and recover from natural disasters.

International health relief assistance, if provided effectively, can play an important role in a country's development.

This guide offers some suggestions on how to avoid past mistakes and make international health relief assistance truly effective.

· Don't stereotype the disaster. The effects of disasters on health differ according to the type of a disaster, the economic and political situation in the affected country, and degree to which its infrastructure is developed.

· It is unlikely that medical personnel will be required from abroad, given the capacity of Latin America and the Caribbean to mobilize health resources to respond to the immediate needs of disaster victims. In recent disasters local health personnel treated all injuries within the first 24 hours.

· The need for search and rescue, life-saving first aid and other immediate medical procedures is short-lived. International assistance usually arrives too late to meet short-term needs. Special caution is necessary when considering international assistance that is useless once the acute emergency phase has passed. This type of assistance includes personnel, specialized rescue equipment, mobile hospitals, and perishable items.

· International donors should not compete with each other to meet the most visible needs of an affected country. the quality and appropriateness of the assistance is more important than its size, monetary value or the speed with which it arrives.

· Emergency assistance should complement, not duplicate, efforts taken by the affected country. Some duplication is unavoidable as many countries and agencies worldwide hasten to meet the same needs real or presumed. However, this need not have negative consequences if the assistance can be used later for rehabilitation and reconstruction.

· Don 't overreact to media reports for urgent immediate international assistance. Despite the tragic images we are shown, get the overall picture and wait until pleas for aid have been formally issued.

* Whenever possible, donate cash or credit directly to the national health authorities, to international agencies, or channel it through well-established private agencies. Most of the relief items needed can be purchased locally or in neighboring countries. Cash also can be used to restore the pre-disaster level of health care conditions and to replace national resources that have diverted from essential programs and used for the emergency.

* Assist countries during the preparedness, rehabilitation and reconstruction phases. Unfortunately, disasters are rarely newsworthy once the immediate emergency phase is over. Yet, after a disaster, an affected country will deplete much of its financial and material resources. Later, the affected country will need even more international aid for repairs and reconstruction.

* Coordinate the efforts of independent assessment teams or fact-finding missions with those of the affected country and other agencies.

Used clothing, shoes, etc.: in most cases, the local community donates more than enough of these items to meet the demand. It is more economical, convenient and sanitary to purchase items locally than to ship used items. Refer offers of this type of assistance to local charities or voluntary agencies.

Household foods: the same applies for food items. A disaster is not likely to cause a national food shortage in Latin America and the Caribbean, although the international media may highlight local distribution problems.

Household medicines or prescriptions: these items are medically and legally inappropriate. Pharmaceutical products take up needed space and divert the attention of medical personnel from other more pressing tasks to sort, classify, and label them.

Blood and blood derivatives: there is much less need for blood than the public commonly believes. In recent disasters in Latin America, local blood donors in the affected country have covered the victims' needs This type of donation is unsuitable because it requires quality and safety controls, such as refrigeration or screening for detection of AIDS antibodies.

Medical or paramedical personnel or teams: Local health services are able to handle emergency medical care to disaster victims. In fact, most countries have a relatively high physician-to-population ratio.

If international aid is needed, neighboring countries are in the best position to assist during the first 24 hours. Exceptions to this are highly-skilled specialists who have been specifically requested by the Ministry of Health. Foreign medical or paramedical personnel who are unfamiliar with local language and conditions should be encouraged to remain at home.

Field hospitals, modular medical units: considering that this type of equipment is justified only when it meets mediumterm needs, it should not be accepted unless it is donated. Equipment specifications, such as weight, volume, freight and installation costs, should be transmitted to the Ministry of Health so that they can decide on it usefulness.

Consult further about donations of . . .

? Used medical equipment: specifications should be provided. If the value of the equipment justifies it, an on-site inspection may be arranged by a technician in the donor country or an international agency such as PAHO/WHO or the Red Cross.

? New equipment: when considering these donations , take into account the cost of transportation by air freight, and the continued availability of spare parts. Most manufacturers are willing to wait several days to allow countries to consult with the proper technical Ministry.

? Tents: many countries stock a large quantity of tents that are manufactured locally. the funds that donors are willing to spend to purchase and airlift tents could be put to better use purchasing reconstruction materials locally.

Myths and realities of disasters

MYTH: Foreign medical volunteers with any kind of medical background are needed.

REALITY: the local population almost always covers immediate lifesaving needs. Only medical personnel with skills that are not available in the affected country may be needed.

MYTH: Any kind of international assistance is needed, and it's needed now!

REALITY: A hasty response that is not based on an impartial evaluation only contributes to the chaos. It is better to wait until genuine needs have been assessed.

MYTH: Epidemics and plagues are inevitable after every disaster.

REALITY: Epidemics do not spontaneously occur after a disaster and dead bodies will not lead to catastrophic outbreaks of exotic diseases. The key to preventing disease is to improve sanitary conditions and educate the public.

MYTH: Disasters bring out the worst in human behavior.

REALITY: Although isolated cases of antisocial behavior exist, the majority of people respond spontaneously and generously.

MYTH: The affected population is too shocked and helpless to take responsibility for their own survival.

REALITY: On the contrary, many find new strength during an emergency, as evidenced by the thousands of volunteers who spontaneously united to sift through the rubble in search of victims after the 1985 Mexico City earthquake.

REALITY: Disasters strike hardest at the most vulnerable group, the poor-especially women, children and the elderly.

REALITY: It should be the last alternative. Many agencies use funds normally spent for tents to purchase building materials, tools, and other construction-related support in the affected country.

MYTH: Things are back to normal within a few weeks.

REALITY: The effects of a disaster last a long time. Disaster-affected countries deplete much of their financial and material resources in the immediate post-impact phase. Successful relief programs gear their operations to the fact that international interest wanes as needs and shortages become more pressing.

Effects of natural disasters on health

Note: the effects of disasters on health may differ depending on the economic and political situation and the degree of the development of the infrastructure of an affected country.

PAHO's Emergency Preparedness and Disaster Relief Coordination Program was established in 1977 to enhance the state of preparedness of the health sector and health institutions in Latin America and the Caribbean. This is accomplished through contingency planning, training, public education, and coordination with other sectors. During the International Decade for Natural Disaster Reduction, PAHO/WHO will continue its efforts to strengthen disaster prevention, mitigation, and preparedness for the health sector in Latin America and the Caribbean.