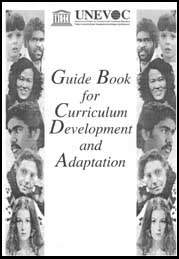 Any curriculum that is developed by a group in the context of many countries or any particular country would call for adaptation to suit the context and requirements of a particular country. This adaptation may be done keeping in mind several parameters which will be covered in subsequent sections. The modifications in the curriculum would also be necessitated by periodic changes that take place in any country while the curriculum is under implementation.

Curriculum adaptation would promote the process of international understanding. At present countries have their own distinct curricula which follow different formats, use different terminologies and practice different modalities of implementation. An exemplar curriculum developed centrally through a collective effort would favour and promote systematisation of terminologies and bring about uniformity of format to a great extent. It would also bring in a desirable commonality in curriculum development and implementation, and in years to come lead to globalisation of technical and vocational education.

While adapting the curriculum, the national context will play a great determining role. This would include the cultural aspects, political systems, economic development, environmental factors, technological factors, employment patterns and such others. Each of such contextual parameters would have definite bearing on the national curricula justifying the need for adaptation. While doing this, the methodology of development, the content of curriculum and competencies specification in relation to existing industries would also have to be taken into consideration.

Examination of the Document

In order to adapt the curriculum to the requirements of a given situation, the first step would be to have a close examination of the exemplar document by a properly constituted group. This group should analyse various parameters of the curriculum, compare the curriculum with any existing curriculum in the country and bring out the differences between the two in terms of content, methodology and format. In the event that a particular country finds the given curriculum to be new in its national context, it can examine the exemplar from the point of view of its need and utility for the country concerned and take decisions accordingly.

It has been observed that there are wide variations in format used in the countries of this region. Countries convey similar ideas through different means of presentation. It would be desirable to have as similar a format as possible for curriculum in different countries, but this may not be immediately possible. A conscious effort should be made to gradually move towards a common format. The goal, however, should be to come to a complete understanding of all aspects of curriculum development and implementation. A common format would facilitate the exchange of materials and experiences among the UNEVOC member countries and would have implications for reducing costs and exchanging personnel and expertise.

It is important to keep in mind the various parameters or elements of the given curriculum which require particular attention from the point of view of adaptation. Some of these are as follows.

The given curriculum which is to be adapted would have a listing of general competencies as well as task analysis in a particular format. Each one would have to be discussed and a consensus arrived at on its inclusion, exclusion or amendment. This would lead to a relisting of various competencies as relevant to the country adapting the curriculum.

The size of a group receiving instruction or undergoing an educational experience would be highly variable. For instance, in a self-learning modality the group size is one, while in a formal school situation it could be as large as forty or more. The curriculum being adapted may have specified an intended group size and its development might have been linked to the given group size. When the size is different in a situation for which the curriculum is being adapted, it may require corresponding amendment in the delivery mode and instructional practices.

A given curriculum may have been formulated for a face-to-face contact situation but may have to be transacted through flexible delivery/open learning modality or vice versa. This will have to be given consideration whilst adapting the curriculum.

The infrastructure available for instruction is another highly variable parameter. In some countries, while all facilities might be created in an institution for complete transaction of the curriculum, in another country an industrial collaboration or dual system may be in practice. There may be variation in the makes and models of equipment, class/laboratory organisation and such other features. The adaptation process would have to closely examine these elements and modify other parameters to suit the infrastructure facilities and instructional practices.

Different countries have different management structures for Technical and Vocational Education. It is partly due to the fact that the country could have a federal/unitary structure, providing different elements of TVE management, such as curriculum development and other technical support system assessment and evaluation. Administration and financing could be located in different elements of the management system. These variations may also be due to the fact that different countries have different instructional practices such as school-based or industry-based instruction. All of these are important matters which have to be kept in mind whilst adapting the curriculum.

The competencies would also indicate the standards to be attained in different vocational programmes. These standards would vary from country to country depending on the requirements of the workplace.

The adaptation of curriculum should be coordinated by the unit responsible for curriculum development in a particular country. The curriculum adaptation would have to follow a definite methodology and a few suggestions are offered here.

The country adapting the curriculum may constitute a working group of experts which may include representatives from industries, and trade unions and teachers, who may meet periodically to complete the assignments. It could also be done through a workshop which involves a larger number of personnel after which a small group works to finalise the amendments. An alternative modality could be to assign the task to an eminent expert or consultant appointed specifically for this purpose.

As a word of caution, it may be stated that the process of adaptation should be as objective as possible and that personal inclination, biases or prejudices are kept at bay and empirical data, collective thinking and consensus provide the foundation.