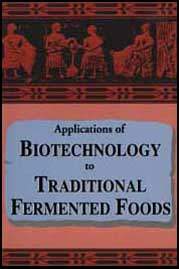 Fermentation allows the preservation of foods of vegetable or animal origin so that they can be stored and shipped at ambient temperatures and used without further preparation. Lowering the pH is the ideal way to process foods for use in less-developed regions of the world. Proteins, which are needed for growth and development, especially in children, are often in short supply in famine-ravished areas and poor underdeveloped countries. In many areas of the world there are frequently underutilized sources of muscle proteins that could provide excellent starting materials for preservation by fermentation or acidulation.

In Germany a popular noncooked fermented sausage (rohwurst) has been produced from beef and pork for many years (1). Lactic acid produced by fermentation lowers the pH of the meat to its gel point which causes it to firm (2). Further drying increases firmness and reduces water activity. The low pH prevents the development of pathogenic bacteria (3,4), and lower water activity prevents microbial growth and spoilage (5).

The pH can also be lowered by using glucono-delta-lactone, which produces gluconic acid upon contact with water, or using citric or lactic acids. Encapsulated acids release acid more slowly and prevent texture breakdown. In the encapsulation process solid acid granules are coated with hydrogenated vegetable oils or diglycerides, which require heat to release the acid. Graves (6) patented a new water soluble low-temperature release coating for citric acid. The use of acids directly saves fermentation time, and myofibrillar protein gelation can take place within hours after mixing the meat with acids.

Rohwurst beef-pork sausage served as a model for the development of a similar product from underutilized fish, meat trim, and poultry. A sausage-type product allows the combination of muscle from various sources. The object was to use underutilized muscle protein sources, especially fish, to produce a nutritious and acceptable dry sausage. The product was to be eaten out of hand and thus help to alleviate protein deficiency, especially in children.

Cod or haddock frames (i.e., skeletons with residual tissue) were mechanically deboned, and the flesh mince was mixed in equal proportions with either beef or pork trim or mince from mechanically deboned spent layer hens. The batters were mixed with salt, sugar, spices, nitrite, and Lactobacillus or Pediococcus starter cultures and stuffed into 20-mm collagen casings. They were fermented at 22°C for up to 24 hours depending on pH development.

Three panel sessions were held. Between 25 and 70 persons participated in each session. All the sausages were found acceptable, as shown in Figure 1. A minority of the participants commented on a fishy taste, especially for the fish-chicken sausages.

In a 3-year cooperative project (7) the flesh of pond-raised silver carp and sea fish in Israel and Costa Rica was deboned and washed. It was then used to prepare fermented or acidulated dry sausages with pork or beef trim or whole-muscle turkey bottom meat. All-fish sausages and 25 to SO percent fish-meat sausages were prepared. Fermentation was induced with Pediococcus plus Lactobacillus starter cultures. Acidulation was carried out by adding encapsulated lowtemperature-release citric or higher-temperature-release lactic acids.

The experimental sausages were evaluated on a kibbutz in Israel and in 110 households in Costa Rica. The results of the evaluations in both countries were encouraging. In Israel the scores were 5 to 5.6 out of a maximum of 9 for the 50 percent fish sausage. Over 80 percent of the tasters in Costa Rica gave positive responses to the sausages that contained fish (Figure 2). The highest social class was least enthusiastic about the sausages. In Costa Rica the population is not accustomed to eating nonheated sausages. The evaluators therefore either cooked or fried them before eating. The organoleptic tests are consequently being repeated with new instructions.

To minimize production costs, these sausages should contain a minimum of 50 percent fish (from frames or other underutilized sources such as by-catch and trash fish).

Acidulation produced sausage with a good texture, and it can be recommended as a procedure to reduce processing time.

To improve acceptability and nutritional value as well as reduce costs and ensure quality, more research needs to be done on:

· reduction of fat content and introduction of new sources of fat;

· inclusion of soy or other vegetable proteins;

· chemistry and histochemistry of the acidulation and drying processes to improve the efficiency of these steps;

· the effect of replacing nitrite on the wholesomeness of the product [according to Leistner (8), spores of bacilli and clostridia do not grow when there is a sufficiently low pH and low water activity]; and

These products should undergo taste tests for acceptability in other Latin American countries as well as other areas with low protein intake.

FIGURE 2 Social class of consumers who rated the organoleptic parameters of the fish sausages. Shown are the percent positive and negative and net positive responses to the fish-containing sausages of over 400 persons in l to households in Costa Rica. Also given are comparisons by social class to other sausages on the market.

3. Baird-Parker, J. and B. Freame. 1967. Combined effect of water activity, pH and temperature on growth of Clostridium botulinum from spore and vegetative cell inocula. Journal of Applied Bacteriology 30:420.

4. Collins-Thompson, D. L., B. Krusky, and W. R. Usborne. 1984. The effect of nitrite on the growth of pathogens during the manufacture of dry and semi-dry sausages. Canadian Institute of Food Science and Technology Journal 17:102.