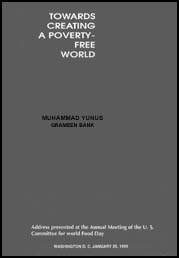 Scientists Prefer to Speak in their Own Language

Scientists have their own language which is different from the language of the people. The entire network of research institutions and scientists who work there have formed themselves into a single tribe (with sub-tribal villages, local chieftains and their hierarchy) with their tribal language and culture. They refuse to speak any other language.

When I questioned this, I was told scientists needed their seclusion to concentrate on their research; but communication with the ultimate user of their research is very much. in their mind. Communication works this way - national research institutions learn from the elite international research institutions. National Institutions in their turn pass on this knowledge to another group called extension agents. Finally extension agents bring the “knowledge” to the farmer.

I am told that it is not a strictly one-way communication as I have described. The national system interacts with farmers directly and through many other agencies and national and international systems also interact between them.

But given the tribal culture as it is, my guess is the relationship is more one-way than two-way. This is particularly so because the national system is totally under the control of the government and its bureaucracy.

Research institutions must be “bi-lingual” if they intend to address the hunger question directly and squarely. Research scientists should take time to get away from their tribal homelands and live in field stations to work with farmers to see how much sense their research is making at the user’s end. Probably one tiny adjustment in their recommended procedure would have made people’s lives so much easier; one tiny change of direction of their research would have brought so much benefit to the people. They would never know these if they had not come to work with them. Sometimes how one conceives of a research project, or how one applies a research becomes a more important drama than the drama of the research itself.