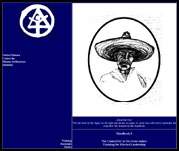 This exercise is to give participants practice in looking at problems objectively, considering a variety of solutions for the situation stated in the case. While cases are only an approximation of reality, they can help to give workshop participants a taste of real-life decision-making without the usual responsibilities and risks.

An objective of the case method is learning by discussion. You can facilitate this process by initiating and guiding discussions and by encouraging even the most reticent participants to express themselves. Subject matter mastery is also important. You can help others to learn by reading carefully and forming some conclusions of your own about the case. Be prepared to help participants relate the situation in the case to the body of knowledge about decision-making discussed earlier in the workshop.

Begin the exercise by giving a copy of the case, A Central Bus Park for Rumai, to each workshop participant and ask them to read the case. Divide the group into three discussion groups. Send each group off for about 40 minutes to answer the five questions at the end of the case.

Decision- At the end of 40 minutes, reconvene the small groups and ask for written maker reports from each group on newsprint. Guide a discussion comparing each small group's results. Guide the discussion to increasingly higher levels of abstraction in order to address the underlying issues in the case for council decision-making.

A CENTRAL BUS PARK FOR RUMAI

For many years it has been the practice of area bus companies serving the city of Rumai to encourage their drivers to drop off and pick up passengers anywhere along the city streets. The practice has been a great convenience for shoppers and office workers who use the bus to commute into the city each day from nearby villages.

Recently the City Council has received complaints from local merchants about bus service. According to the merchants, noisy "touts," who are competing for customers, and the indiscriminate dumping or collection of passengers at and between street corners is resulting in excessive noise, littering, and overcrowding in front of their business establishments. They claim these practices are bad for business and demand that the City Council do something about it.

Responsive to the wishes of area merchants, councillors are considering a proposal to designate an area near the centre of the city as a bus park. The successful operation of such a park in a neighboring country has convinced the council of the feasibility of this idea for Rumai. Once established, arriving and departing passengers would be required to meet their buses at the bus park at scheduled times rather than wait for them on the city's street corners. Noisy crowds waiting for buses and bus drivers holding up traffic while competing loudly for riders would become a thing of the past.

The Rumai City Council has never before taken a stand for or against the passenger loading and unloading practices of area bus companies. The absence of an official position by the council has always been interpreted by bus company owners as council sanction for their passenger-handling practices. They are shocked and dismayed by the council's thinking. The situation is further maker complicated by the involvement of wealthy expatriates from neighbouring countries who have invested heavily in the area bus companies that would be affected by the council's bus park idea. These investors fear that the council's idea would make buses less accessible to riders and that this would jeopardise their learnings. They want the council to stay out of the bus business in Rumai and are prepared to make a fight of it if necessary.

1. What is the decision problem? (Define it precisely.)

2. What steps should the council follow to solve the problem?

3. What are the alternatives and probable consequences at each step?

4. Given the conclusion reached in the previous questions, how should the decision problem be addressed by the council?

5. What are the implications of this case for council decision-making as discussed in this workshop?