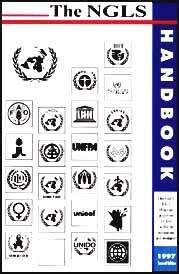 UNCTAD's formal relations with NGOs are governed by article XV, rule 77 of the rules of procedure of the Trade and Development Board, as well as decision 43 (Vu) of the TDB. Article XV is entitled Observers from nongovernmental organizations and Rule 77 states that:

1. "Non-governmental organizations concerned with matters of trade and of trade as related to development, referred to in paragraph 11 of General Assembly resolution 1995 (XIX), may designate representatives to sit as observers at public meetings of the board. its sessional committees and subsidiary organs. The SecretaryGeneral of the Conference, in consultation with the Bureau of the Board, shall from time to time prepare a list of such organizations for the approval of the board. Upon the invitation of the President or Chairman, as the case may be, and subject to the approval of the board or of the subsidiary organ concerned, non-govemmental organizations may make oral statements on matters within the scope of their activities."

UNCTAD officially recognizes three categories of NGOs. The general category refers to international NGOs that engage in activities related to, or that are interested in, the majority of UNCTAD's institutional concerns— nearly all development-related NGOs officially recognized by UNCTAD are found in this category. The special category of international NGOs covers those non-governmental organizations and bodies that have special competence in one or two areas of UNCTAD involvement. The third category covers national NGOs with an established reputation, which are considered to have a special contribution to make to UNCTAD's work. These are placed on the register.

Consultative status is conferred by the Trade and Development Board. Those NGOs seeking such status are required to provide information on the activities and structure of the organization through a special questionnaire. UNCTAD must get agreement from the member government concerned for a national NGO to be placed on the register.

Both these and non-status national NGOs have historically played a very active role at UNCTAD's quadriannual conferences. This has involved largely Northern NGOs engaged in development education and policy advocacy work on North/South relations and development issues. During the 1980s, however. Southern NGO participation in UNCTAD events grew considerably, as elsewhere in the multilateral system. Since its creation, the UN Non-Governmental Liaison Service (NGLS) has played an important facilitating and liaison role regarding NGO participation at the main UNCTAD conferences.

At UNCTAD IV (Nairobi, 1975), UNCTAD V (Manila, 1979) and UNCTAD VI (Belgrade, 1983) NGOs engaged in influential, coordinated lobbying, including producing an NGO conference newspaper. UNCTAD was then the principal forum for North/South negotiations around the concept of the New International Economic Order (NIEO), and thus attracted many activist NGOs, particularly from Europe, largely coordinated by the International Coalition for Development Action (ICDA).

However, since UNCTAD Vl the North/South dialogue has faced considerable pressure as a result of a departure from multilateralism throughout the late 1970s and 1980s. During this period, marked by economic recession, developing countries found it increasingly difficult to negotiate development issues and obtain results in the multilateral context. Development NGOs were active at UNCTAD VII held in Geneva in 1987 and produced a conference newsletter. Since UNCTAD VIII, there has been growing interest on the part of NGOs in the organization's work in light of institutional refomms decided by the conference and new areas of activities envisaged for the organization, as well as the importance attached to the participation of non-governmental actors in the work of UNCTAD.

For the first time on the occasion of UNCTAD IX, an NGO meeting was held parallel to the conference. It was attended by around 80 NGOs and was held in two segments. The first, primarily intended for development NGO participants from the African region, focused on capacity building on the substantive theme of the conference, namely globalization and liberalization and on strategies to meet Africa's particular needs. The second segment was open to all NGOs attending the conference. It looked at the UNCTAD IX agenda more specifically to plan an NGO contribution to the conference, build advocacy strategies and consider follow-up work. Two declarations were adopted at the end of the event: the African Declaration calls on NGOs to give priority to improving their analysis and advocacy work on the implications of globalization and liberalization, and the International Declaration expresses concerns about the globalization and liberalization processes and makes recommendations to governments, international institutions and NGOs. NGOs remained very active during the rest of the conference. They were able to distribute their newsletter and made declarations in public meetings. An NGO also participated in a ministerial roundtable on the future of UNCTAD as an institution.

The results of UNCTAD IX concerning the involvement of NGOs in UNCTAD's future activities are included in paragraphs 117, 118 and 119 of the Midrand Declaration. The conference reaffirms the importance of involving non-govemmental actors in the activities of UNCTAD. To this end, UNCTAD should continue to take into account NGO views by inviting them to participate in an advisory capacity at public meetings of the board and the commissions, and to involve them in expert meetings.

In order to enhance the participation of civil society and to build a lasting partnership for development between NGOs and UNCTAD, the conference requested the Secretary-General of UNCTAD to pursue consultations with these actors, taking into account the experience of participation of civil society in other United Nations fore and international and regional organizations, and to report with recommendations to the board. The conference noted with appreciation the Secretary-General's initiative to hold a meeting with actors in development to advise him. The SecretaryGeneral was invited to inform the board of preparations for this meeting and to report subsequently on its outcome. Preparations for this meeting will take place during 1997.

In addition to their active participation in UNCTAD conferences, NGOs maintain informal contacts with key staff members of the UNCTAD secretariat. Those with consultative status receive a wide range of UNCTAD documentation and publications, including sales publications. On occasion, and at its own initiative, NGLS mails substantive and analytical documents produced by the UNCTAD secretariat to appropriate NGOs.

At UNCTAD VII, NGOs expressed the need for opportunities to meet with the UNCTAD secretariat in the intervening period between quadriannual conferences. This gave rise in 1988 to the first annual UNCTAD/NGO consultation, and there has been one every year since. The sixth was held in November 1995 and focused on preparation for UNCTAD IX. These consultations are organized by NGLS on behalf of the UNCTAD secretariat and the NGOs, and bring together key UNCTAD substantive staff and NGOs engaged in advocacy and public awareness raising to discuss and explore common areas of concern. These include transfer of resources such as third world debt, international trade issues such as the GATT Uruguay Round, and commodities and other issues. On occasion, government representatives are invited to speak. Both the UNCTAD secretariat and NGO participants say they find the annual consultation extremely useful, since it allows exchanges of views. updating of information, and so on.

Collaboration with the development NGO community is wholly at the level of information, advocacy and public awareness raising. UNCTAD has no co-funding scheme for project-related activities with NGOs, but it does raise extrabudgetary resources to finance, in particular, Southern NGO participation at its conferences and to cover the costs of the annual UNCTAD/NGO consultation, including Southern NGO participation. UNCTAD/NGO cooperation has been most intense in the preparations for, and during, its quadriannual conferences, and the three conferences on the LDCs held under UNCTAD's auspices between 1981 and 1990. It is a relationship of mutual support at the level of information and ideas, since UNCTAD and NGO policies, while not identical, are often complementary.

Formal responsibility for UNCTAD/NGO cooperation resides with UNCTAD's External Relations Section, which is part of Executive Direction and Management.

As a result of the adoption by ECOSOC of resolution 1996/31, which introduced a number of new rules with respect to consultative status arrangements, UNCTAD will be reviewing its own rules in light of the decisions taken by ECOSOC. This will take place during the course of 1 997.

UNCTAD's main annual publication is the Trade and Development Report. Other major publication are the World Investment Report, the Report an the Least Developed Countries and the Review of Maritime Transport. A number of trade statistical handbooks are published every year. The UNCTAD Bulletin. produced six times a year. provides comprehensive information on UNCTAD's activities and publications. These are designed for a wide audience. Governments, international organizations, opinion formers and NGOs are on UNCTAD's mailing list, as well as others who request to be included. Major UNCTAD-related events and themes are also covered by the NGLS newsletter Go Between. UNCTAD also receives a large number of publications and periodicals from the NGO community.