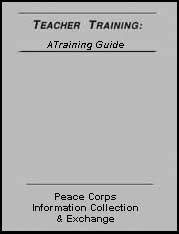 Sensori-motor operations- birth to approximately the age of two.

Making sounds
Reacting only to the immediate environment
Imitating parents’ gesture., sounds, and movement
Acting in an ego-centric manner

Transformation - ability to follow sequence or step by step procedures

Reversibility - ability to understand a reverse act or procedure

Conservation - ability to conceptualize that objects and quantities may change in some ways, but remain the same in others

Enactive: The child’s interaction with objects in his/her world.

Iconic: The child’s use of symbols, images, and representation; the child is able to recreate a situation and develop imagery.

Symbolic: The child’s use of language and symbols and abstractions.

a. Characterized by increasing independence from immediate stimuli.
b. Dependent on the internalization of information.

a. The use of symbols.
b. The interaction between the student and the environment.
c. The ability to perceive abstraction, time, and alternative solutions.

3. The teacher serves as a role model for the student, shoving him/her how to confront problems and helping them learn to learn.

Concrete operations - developing will and autonomy, can make moral judgments of right and wrong

Formal operations - developing concept of self and self-importance, learns to integrate into society

In Mrs. Smith’s third-grade classroom, children are working on an English assignment, Mrs. Smith, a young, well-dressed teacher with one year of experience, walks slowly about the room, stopping occasionally to help children with their work. One 8-year-old girl, Donna, is unkempt in appearance. Her long, tangled hair hangs in her eyes and she is clothed in a dress which is torn and far too large. Donna is fidgeting in her chair. The teacher stops by Donna’s desk, glances briefly at her paper, and then calls the class to attention.

Mrs. Smith: Class, I see you’ve all finished your work. Donna, will you please go to the board and explain to the other boys and girls how you marked the ninth group of words.

Donna gets out of her seat quickly and moves toward the front of the room. She bumps into Mark’s desk, causing his paper to fall to the floor. Immediately she stoops to pick the paper up and places it on his desk. The class laughs. She looks disconcerted, but she proceeds to the board where she completes the work correctly.

Mrs. Smith: That’s fine, Donna. Now please choose someone else to have a turn.

Donna looks temporarily puzzled. Not knowing the names of all of the students, she reddens, pauses, and then points to Paul in the front row.

Paul frowns and goes to the blackboard. Before he completes the work, the bell rings. The children gather their books and jackets and walk in companionable groups of twos and threes to the cafeteria. Donna is the last to leave the room, and she is alone. She smiles hesitantly at Mrs. Smith as she walks by the teacher’s desk.

As Mrs. Smith prepares to leave the room, John Morrison’s mother comes into the classroom.

Mrs. Morrison: (She hands Mrs. Smith a note which reads: “You are an ass. Donna”) My husband and I were greatly distressed when John brought home this note yesterday and said that one of the girls who sat beside him in class had passed it to him. We certainly didn’t think that he would be exposed to this kind of language in the third grader

Mrs. Smith: I’m sorry this happened. I can readily appreciate your disapproval. I didn’t realize that this kind of thing was going on. I see that Donna’s name is at the bottom. I’ll speak to her.

Mrs. Smith-and Donna are alone in the classroom after school. Mrs. Smith sits at her desk while Donna stands just to the left of Mrs. Smith’s chair.

Mrs. Smith: Donna, I asked you to wait for a few minutes after school so that we could talk about this note. (She hands the note to Donna.) Did you write this note and give it to John?

Mrs. Smith: Donna, you want the children in your room to like you, don’t you?

Donna: (Shrugging her shoulders) Sure.

Mrs. Smith: They won’t think that you’re a very nice little girl if you use words like these. Now, promise me that you won’t do this again.

It is several days later. Most of the students are working quietly at their desks using rulers to construct a set of number lines. Donna sits in a reading group of six students. Mrs. Smith calls on Donna. Although Donna has her book open and is seemingly concentrating on the lesson, another student has to help her find the place. Her reading is slow, jerky, and without expression. Consistently, she misses words on the second-grade level. Despondently, Donna finishes, picks up a ruler from the desk, and begins to poke her neighbors.

Mrs. Smith: Donna, quit distracting the other children. That ruler is not to be used for poking.

Donna smiles widely. The children seated near her turn away from her in aggravation. Mrs. Smith finishes with the reading group and sends the children back to their regular seats. She begins to walk around the room pausing now ant then to help the children with the number lines they are constructing. Suddenly, she hears a commotion in the back of the room. Several children are laughing and pointing at Donna, who is in tears.

Donna: (Sobbing) I had a bad accident!

Donna has wet her pants. Mrs. Smith asks one of the boys to find the janitor and calls one of the girls aside.

Mrs. Smith: Mary, would you take Donna to the girls’ room and help her clean up? She’s awfully upset.

With reluctance Mary accompanies the sobbing Donna to the rest room while Mrs. Smith leads the class to the library for the remaining 20 minutes of the day.

It is three weeks later. It is parent-teacher conference night and Donna’s mother, Mrs. Walker, appears at the conference. Mrs. Smith sits at her desk and Mrs. Walker sits in the chair in front of the desk.

Mrs. Walker: (In a whining voice) First, you better let me explain why Donna wasn’t at school yesterday. She Lost her shoes in the morning, and then I couldn’t get her to go in the afternoon. I got eight kids and the father to take care of, and it’s hard to keep track of them all. Besides that, my husband works half the night as a machine operator at the factory; that is, when he ain’t sick or something.

Mrs. Smith: I understand. I thought we might talk tonight about Donna’s progress. Although the test score from the first grade shows Donna to be above average, she was over a year below her grade level on our achievement test. I just don’t believe Donna is doing as well in school as she could if she had some additional help at home.

Mrs. Walker: Well, my husband and me are so busy the kids just have to help each other with work.

Mrs. Smith: Mrs. Walker, would it be possible for you and your husband to help Donna with her schoolwork? She really needs more practice and encouragement in reading.

Mrs. Walker: We don’t got any books at home...and besides, she don’t want to do nothing.

Mrs. Smith: There is something else that I feel I need to discuss with you, Mrs. Walker. (She shows Mrs. Walker several notes) Donna has admitted to sending these around the room. I’ve spoken with her, but she continues. I’m sure you disapprove. Could you speak with her about them?

Mrs. Walker: (With a sheepish expression) Oh, Donna hears them words at home, but I’ve told her time and time again that she shouldn’t ought to repeat them things at school ‘cause people wouldn’t think she was very nice.

Mrs. Smith: (Hesitantly) Mrs. Walker, I have to be frank about one other thing. The other children don’t accept Donna as much as I’d like them to because she is so untidy. She’s such a pretty little girl and should have more friends, but the other children think she’s dirty. (Mrs. Walker starts to cry.)

Mrs. Smith appears uncomfortable as Mrs. Walker gets to her feet and quickly leaves without another word.

A week later. Mrs. Smith, the director and the school nurse are seen seated around the counselor’s desk in the guidance office.

Mrs. Smith: So, you see, Tom that’s the way the parent-teacher conference went. I’m so upset that I may have alienated Mrs. Walker. She seemed, outwardly at least, to be interested in her child’s welfare. Now she may never come back for another conference!

Director: (Nodding) Sue, I can appreciate your concern. I’ve been interested in this family myself for some time. Just last week I paid a visit to the home and was even invited to stay for dinner. You’d find it hard to believe the living conditions there! The house was chaos with screaming children everywhere. I made some lame excuse not to stay and I left as soon as I could.

School Nurse: I’ve been in that home, too, and it’s just as bad as you describe. No wonder Donna has lice, and that long, lank hair of hers that makes her case so bad. She’ll have to be out of school for a week.

Mrs. Smith: I suspected that. Of course, every child in my class knows the reason for Donna’s absence. Even before this, if Donna even so much as passed out papers, the other children drew away and blew at their papers as if to get rid of the dirt. Donna usually just blushes at their rebuffs, but her movements are becoming increasingly awkward. She looks so uncomfortable, poor thing.

School Nurse: I noticed something about Donna’s mouth the other day. The whole area around her mouth is read and crusted. It wasn’t an infection; it just looked raw.

Mrs. Smith: I think I can explain that. Invariably when Donna feels uncomfortable or anxious her tongue begins to circle the area around the mouth. Then that area reddens and crusts over. (Pausing) I want so to help her. What can I do?