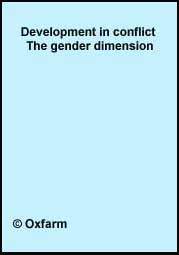 The Somali nation is spread through five countries of the Horn of Africa, divided by boundaries imposed by colonial divisions. Somalis are predominantly pastoral people, living in a desert environment which is very prone to drought, though towards the south of Somalia greener vegetation permits a variety of different livelihoods including agro-pastoralism and settled agriculture.

The clan system forms the basis of society and its breakdown has been one of the main factors in the current civil war. A clan is a group of people descended from a common ancestor and claiming priority access to a certain piece of land and its resources (such as water and grazing). Clans are divided into sub-clans and even smaller divisions. Although each clan has its own territory, in practice before the war people were scattered throughout the country, often living in peace as minorities within the territory of another clan. The clan system was held together by a number of factors that created checks and balances, preventing any one clan or individual from acquiring inordinate power. These factors included neighbourhood, the sharing of natural resources, intermarriage, and trade links.

The breakdown of the clan system came about as a result of colonial interference and through 20 years of manipulation by the previous government, headed by ax-president Siad Barre. The current civil war began in 1988 in the north of the country and worked its way south, breaking out in the capital, Mogadishu, at the beginning of 1991. The north-west (the ax-British colony) later declared itself the independent state of Somaliland.

One of the main effects of the war was to cause the movement of people back to their clan territories, the only places where they could feel safe. In some cases, people had to move several times, as the fortunes of the different armed forces changed. Another change was that government collapsed, and with it all service and supply systems. Even for those people who were not obliged to move, production (agricultural and livestock) soon broke down through lack of supplies and through insecurity: animals and crops were looted, and people lost the confidence they needed to carry on producing. All this led eventually to widespread famine, which earned Somalia world-wide publicity, and which still continues, although on a reduced scale.

However, some systems have survived. The clan elders, a traditional male authority structure which had been almost suppressed during Siad Barre's regime, took over the responsibilities of local government in many areas. Petty trade, mostly carried out by women, continued as long as there was anything to be sold. Big businessmen also continue to flourish, now controlling the profitable trade in arms, food, and drugs.

1 Trapped in their own homes

Traditionally conflict between clans was regulated by certain 'rules of engagement' which ensured that friction was kept within limits and the vulnerable did not suffer. Fighting was carried out only by men; a code of honour ensured the women and children of any clan were protected. During the present conflict there have been many examples of this code being followed, but equally there have been examples where women and children living as minorities within the territory of an opposing clan have been massacred, and it seems that this code has at least in part been abandoned.

Loss of mobility is a major constraint on women's ability to fulfill their family responsibilities in the present circumstances. Fear of rape or shooting prevents women from leaving their homes, and attacks on women are now so common that many women have taken to wearing allenveloping Islamic dress as some degree of protection. People who stand in food queues (mostly women and older men) run a strong risk of being caught in the cross-fire if gunmen attack the food as it arrives; local women encouraged relief agencies to provide cooked food wherever possible. During the worst periods of the war, lack of clothes was another reason why women confined themselves to their houses. Women who need to work on their farms or sell goods in the marketplace prefer to go out only at midday when the danger is less. Lack of services and supplies means that women have further than usual to go for water. In one town, a dozen women have been killed by crocodiles while fetching water from the river, since there was no fuel to operate water pumps.

In to the absence of men, women have taken on responsibilities for maintaining and providing for the family. This is nothing new for Somali women, many of whose men-folk have worked away from home (in the Gulf states, for example) for decades. But in the present circumstances, when food, money and other basic necessities have been difficult to come by, providing for a family has been exceptionally difficult. Almost the only avenue open to women is petty commerce, and this has been limited by the lack of produce to sell and by the lack of money circulating in the economy.

In addition, food aid has brought its own problems. In some places farmers who have a marketable surplus have been unable to get a price for their produce which covers the production costs, since food aid has depressed prices. Food aid has put many women retailers out of business, especially in the major cities where food distributions are relatively regular. At the same time, people just a few kilometres away are dying of starvation because they are not on the main routes for relief convoys.

The conflict between different clans has had a very divisive effect on the whole Somali community, breaking up friendships and families even among those who have sought refuge outside Somalia. Owing to the general preference for marrying outside the clan, there are many families in which husband and wife are from opposing clans. Many such marriages have been unable to withstand the pressures this has created. When marriages break up in this way, women are affected differently from men since they run the risk of being separated or alienated from their children, who belong to the clan of their father, as well as from their husband.

Despite the increased responsibility women have had to shoulder as family providers, they have not always found it easy to gain access to the resources they need to meet this responsibility. Councils of elders consist exclusively of men, and there is no place for women in the taking of major community decisions. Men have tended to resist suggestions that women should join committees or take part in decision-making about resources.

Though the elders have generally taken seriously their responsibility to protect and defend the interests of those in their care, there are nevertheless many women who for one reason or another cannot claim the protection of well-placed elders. Some observers have remarked that women heads of households report the number of their dependents honestly, while men tend to inflate the numbers to receive more than their fair share of rations; and, in general, women have difficulty in pushing for their own and their family's interests.

The existence of elders' councils and other male-dominated committees in many localities poses a dilemma for agencies trying to assist the Somali community to recover from the present crisis: on the one hand, the elders have proved to be instrumental in ensuring the survival of many communities and must be supported if genuine recovery is to take place; on the other, an appropriate way must be found for the elders to take greater account of women's vital contribution and need for access to mainstream resources.

Women's behaviour has been under stricter control since the coming of foreign troops to Somalia to oversee relief distribution. One woman who was suspected of being over-friendly with French soldiers was stripped, beaten and imprisoned, to be rescued eventually by a women's organisation A representative of the organisation was reported as saying that the incident 'highlights the powerlessness and lack of respect for women in this society'.

4 Positive changes brought about by war

Despite the problems women have faced, the war has brought some positive changes too. The dependence of many families on women's capacity to earn income and manage family affairs has brought about a widespread acceptance of new roles for women. Many women have been able to develop more balanced relationships with their husbands and often declare they do not want to go back to how things were before.

5 When the state resumes power, how will it respond to women?

In the absence of a national government one cannot talk of the state in Somalia. In future, however, the apparatus of the state will reappear. It is difficult to predict whether the war will have had a lasting effect on social attitudes towards women. Pessimists point out that the previous government had generally positive policies towards women's rights and had introduced legal changes (in women's status in marriage and divorce, for example) which were generally advantageous towards women; many of these policies may in future be discredited by association. However, the present situation contains some positive signs, such as the emergence of genuine women's organisations for mutual support.

The situation of women in Somalia highlights the vital needs that women have in conflict situations: particularly for personal protection and for safe access to the means to continue economic activity, whether it be agriculture, animal rearing or commerce.

Male attitudes towards women appear to be still in a state of flux. On the one hand, conservative views of women's roles and behaviour have been strengthened. On the other hand, circumstances have in many cases obliged men to acknowledge with greater respect the burdens taken on by women and the contributions they have made to the survival of family and community.

Opportunities exist in even the most desperate situations. Community mechanisms can be very resilient and building on them offers the best hope of guaranteeing people's survival both in the short and long term.