Late in 1986, shortly before the EC became involved, the acting President of the Uganda Red Cross Society, Edward Mungati, via the American Red Cross invited Dr. John Watson-Williams, a British haematologist (i.e. an expert on blood) who had also worked in America, to visit Uganda and advise the URCS about how to revive the blood transfusion programme which the Red Cross had previously carried out before civil strife made it impossible. The visit was made in April 1987, the same month that Dr Lieve Fransen was in Kampala on behalf of the EC, and Dr Watson-Williams made recommendations on much the same lines as Dr Fransen, but independently. 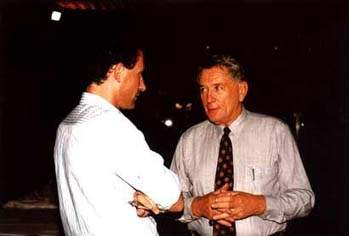 He suggested the construction of a blood bank in Kampala, a national volunteer donor programme, and a blood distribution system to deliver 30,000 units of blood a year. The American Red Cross Society agreed to designate Dr Watson-Williams as a volunteer delegate to the URCS, and the Carnegie Corporation of New York provided a $25,000 grant for a feasibility study.

This study was carried out from September 1987 until May 1988. During that time Dr Watson-Williams worked at the New Mulago Hospital, Kampala, and at the Virus Research Institute in Entebbe. He was able to report that a volunteer blood bank programme would probably be successful. He was also able to evaluate different ways of HIV testing and blood typing, and to select those which would be most cost-effective in a national programme.

The director of the AIDS Control Programme, Dr Sam Okware, and the Ministry of Health gave encouragement and invited Dr Watson-Williams to assist in the planning for the EC-sponsored Nakasero Blood Bank project, so bringing together the two parties interested simultaneously in much the same contribution to restoring Uganda's health system. So it came about that in July 1988 Dr. Watson-Williams was chosen to be the EC's technical assistant for the project, starting in September 1988.

Dr Watson-Williams came to the Uganda project with strong ideas about how best to organise blood transfusion services in Africa. He had already spent time in Nigeria and elsewhere studying the problem, and had already recognised that an efficient blood transfusion serice in Africa is a quite different proposition to a transfusion service in, say, Europe. In Europe, blood is needed for emergency operations, for example for adults after a car crash, and the electricity supply can be relied on for refrigerating stored blood. In Africa, both the need and the circumstances are different, with children and maternity cases being the main recipients, and electricity supplies often unreliable.

From his previous experience in Africa he had also concluded that one of the critical deficiencies in patient care was the scarcity of trained laboratory staff and the resulting low level of diagnostic testing at the peripheral hospitals where most of the patient care is given. If each hospital also expected the laboratory staff to recruit, screen and bleed blood donors, and to test the blood for markers of transmissible diseases, this would further reduce their ability to provide essential diagnostic testing.

However, if a centralised blood donor recruiting, blood collection and blood screening and testing service was available, the hospital technician would be provided with a constant and adequate supply of safe blood and would only need to perform compatibility testing for each transfusion. The benefits of this could then be maximised by the development of a high-level centre for training of blood transfusion staff, both for local programmes and for programmes in other developing countries, and a demonstration project could be set up that medical decision-makers from other countries could observe and learn from. So Uganda became, for Dr Watson-Williams, a chance to demonstrate that his theory would work in practice. 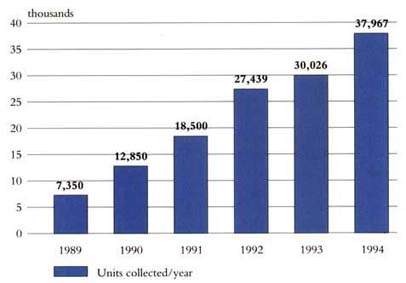 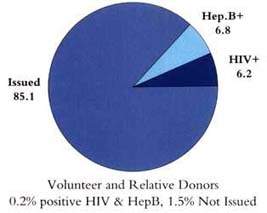 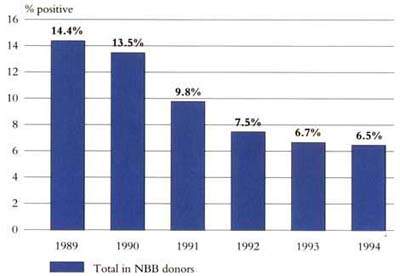 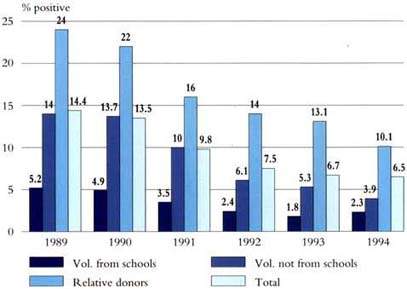