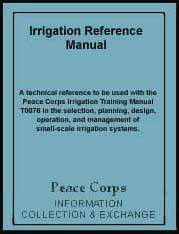 1.1 The role and purpose of irrigation

Irrigation is a key to the ability of many farmers, and even nations, to feed themselves and provide an adequate standard of living. Irrigation not only protects against drought but brings with it numerous other benefits as well as occasional problems.

Irrigation has been credited with being a primary factor in the rise and fall of civilizations. For example, in the region of Mesopotamia about 4,000 years ago, a thriving civilization depended on a highly developed irrigation system. Waterlogging and salinization, as well as the erosion and sedimentation resulting from irrigation, were instrumental in bringing about the collapse of that empire. To this day, much of the land remains saline and has not been recovered for crop production.

Irrigation can result in a number of benefits for the farmer and his or her community. Irrigation stabilizes farm production by protecting against drought and by increasing crop yields and quality when rainfall is insufficient. It permits farmers to grow moisture-sensitive, high-value crops and crops that will improve their diet. In some areas with proper climates, irrigation allows farmers to raise two or three good crops in a year. It allows them to plant on time, thus optimizing market conditions. In some areas, irrigation systems are used for frost protection. There are numerous problems, however that can be caused by poor design, construction, and management of irrigation systems. Salinization and waterlogging are other results. Poor design and management of systems often result in irrigation of only one-half or one-third of the potential area. Thus, costs per unit area may be very high, and the benefits of irrigation may extend to only a portion of the farmers who could use the water.

Irrigation is only one of many inputs to a farmer's sustainable agricultural system. Cultural practices, farmer resources, farmer preferences, and other factors will affect the selection, design, construction, and operation of an irrigation system. Therefore, it is very important that those who work in irrigated agriculture understand clearly not only the benefits and consequences of irrigation but also what it takes to maximize or optimize the benefits.

This manual was written in response to the need for providing technical information to those who work with small-scale farmers in areas where rainfall is deficient and where irrigation water is available or can be developed from existing water sources.