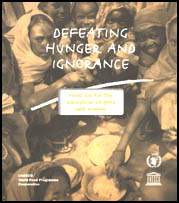 FROM IDEAS TO CONCRETE ACTION

Several tools have been developed since the Second World War to impress upon governments the importance of female education. The first of these is the UNESCO Convention against discrimination in the field of education, which was adopted in 1960 and ratified by over a hundred countries. Later, in 1979, the United Nations went one step further with the United Nations Convention on the elimination of all kinds of discrimination against women.

From conference to conference in recent years - in Jomtien on Education for All (1990), the Beijing Women’s Conference (1995), the Rio de Janeiro Environment Summit (1992), in Vienna on Human Rights (1993), the Cairo meeting on Population and Development (1994) and the Copenhagen Conference on Social Development (1995) -the international community has been fine-tuning these different tools and coming up with concrete policies to deal with a problem that remains one of the fundamental challenges facing the world today.

Since the World Conference on Education for All, the emphasis has been on the education of girls and women.

Regional meetings, conferences, seminars and sub-regional and national workshops were held across the world. Studies were conducted in several countries to better understand the problem of female under-education. Action plans were drawn up in many nations and are currently being implemented with the support of numerous bilateral and multilateral donors.

In Africa, the Panafrican Conference on the Education of Girls, organised jointly by UNESCO and UNICEF in Ouagadougou, Burkina Faso in March/April 1993, has become a reference. The conference came out with a Declaration and a Plan of Action, which demand amongst other things:

· the mobilisation of society for girls to be sent to school and for “third way” initiatives involving the media and the business world in order to promote the education of girls, particularly those in difficult circumstances such as domestic servants;

- the association of communities in education efforts such as identifying educational needs, providing space for schools and managing and administering educational establishments;

- official support and recognition of different training methods for the reintegration of girls in the school system;

- legislative reforms to improve the access of girls to education and prolong the duration of their studies by increasing the legal age of marriage or by sanctioning parents who withdraw their daughters from school, etc.4

The strategies identified and accepted by the international community are adapted by different countries to suit their national, regional and local specificities. The most common strategies in favour of the education of girls and women are:

- the organisation of awareness campaigns;

- an increase in the recruitment of women teachers;

- the protection of girls in schools;

- the creation of girls’ schools where necessary;

- drawing up flexible time-tables and school years with due regard paid to domestic occupations;

- legislative amendments to encourage the return to school of child-mothers or pregnant girls;

- setting up cres and childcare for young children to enable the older sisters to go to school;

- setting up special scholarships for girls;

- providing help to mothers to enable their daughters to study instead of doing domestic tasks;

- adapting the syllabus to cater to girls’ interests;

- reducing the direct and opportunity costs of education;

- compulsory schooling for girls and boys; 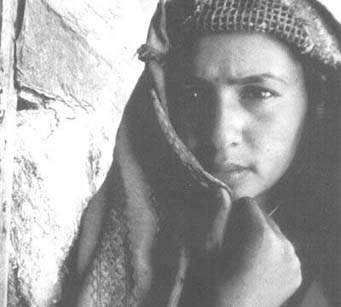 Based on these guidelines, national action plans have been drawn up in several countries to fight against female under-education.

The action plan in Chad, for example, reduced school fees for girls by half. In Niger, the school calendar was modified in areas close to the Nigerian border to enable students to be free on the weekly market day. In Senegal, a development fund was made available to schools with a low intake of girls but wanting to increase the number of girls enrolled.

The Indian government has drawn up a five-year action plan aimed at improving the access to education of girls and boys, to ensure that at least 50% of girls finish primary school and to reduce adult and adolescent illiteracy.

In China, the education of girls took a spectacular leap thanks to “government initiatives such as free schooling and free supply of school manuals for young girls from underprivileged regions and boarding schools reserved for them.”5

5.The Education of Girls and Women: Towards a Global Action Plan. Paris, UNESCO, 1995