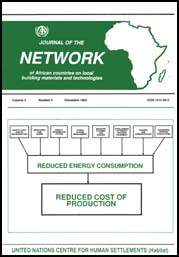 The availability of energy and the security of its supply are of paramount importance to all human communities. Unfortunately, in most countries - both developed and developing - current energy markets ignore the social and environmental costs and risks associated with fossil-fuel use. If externalities such as employment, import-substitution, energy security and environment are considered, then biomass systems compare very favourably with fossil-fuel systems.

Biomass currently accounts for about 14 per cent of the world's energy supply and is the most important source of energy for three quarters of the world's population living in developing countries. With increases in population and per capita demand, and depletion of fossil-fuel energy resources, the demand for biomass energy is expected to increase rapidly in developing countries. Even in developed countries, biomass is being increasingly used. For example, the United States of America now has 9000 MW of biomass power plants and Sweden, which derives 14 per cent of its energy from biomass has plans to increase it further as it phases down nuclear and fossil-fuel plants into the next century. With technologies available today, biomass can provide modern fuels such as electricity and liquid fuels, in addition to more traditional cooking fuels, and this energy can be produced and used in and environmentally-sustainable manner.

Yet, biomass energy continues to receive the lowest priority in energy planning in developing countries. Many factors contribute to this: the unreliability of production and consumption statistics; the uncertainty of production costs which are quite site-specific; its diverse sources and end-uses; and its interaction with land uses.

Integrating biomass energy in national energy planning and policy-making on an equal footing with other energy sources will not be easy and will require concerted action at national and sub national levels. A reliable information base will have to be developed on the supply and utilization of biomass energy in the country; the policy environment must be made responsive to the need of the biomass-energy sector, research, development and engineering efforts will have to be stepped up in required areas; and the commercialization of biomass technologies will have to be promoted through selective and well-targeted subsidies and fiscal and other forms of incentives.

This publication forms a part of the Centre's continuing efforts to promote wide dissemination and commercialization of renewable energy technologies - an area of expressed concern in Chapter 7 of Agenda 21 on sustainable human settlements development.

Booklet on small-scale technologies for construction

One of the main reasons for inadequate national capacities to respond to the construction requirements of the low-income populations is that there is as yet no comprehensive technological policy to overcome the limitations of the small-scale construction sector. The vast majority of enterprises operating in the small-scale sector, and particularly those in the informal sector, continue to rely on traditional technologies with very little ability or opportunity to upgrade and improve their production process or to diversify into new product lines.

Appropriate and innovative technologies differ from country to country depending on their local conditions, natural resource endowment, available skills and socio-cultural traditions. However, most of these technologies are modifiable and adaptable to different localities if other prerequisites such as information flow, absorption capacity, adequate policy environment, and favourable financial conditions are set to encourage new small enterprises to apply such technologies.

The choice of the right technology in a given context, taking into account the natural resource endowment is crucial. Choice of technology relates to a variety of issues none of which can be taken for granted. A selected technology must follow a number of parameters, the most significant of which, are: adaptation capability to suit the specific local condition; effective marketability; determination to make it succeed; and the efforts to enhance competitiveness by reducing costs of application.

UNCHS (Habitat), in line with its mandate and in an attempt to disseminate technological information in the construction sector, has compiled a number of appropriate technologies (in the form of technology profiles) which are presented in this publication.

The compiled technologies in this publication are intended to be of use by individuals, small construction enterprises, and also decision-makers who wish to acquire and make use of suitable technologies for the construction of low-cost housing in both urban and rural areas.

Sustainable development means improving the quality of life of all. It cannot be achieved in a world where more than 1 billion people live in absolute poverty. It is unacceptable, and even inhuman, to talk about long-term environmental sustainability without considering the short-term problems of mere survival for such a large portion of humanity.

The industrialized countries bear the main responsibility of leading the way in changing consumption and production patterns through energy efficiency, efficient use of other resources, replacement of non-renewable resources by renewable ones, and minimization of waste production and pollution.

Human settlements, and particularly large urban agglomerations, are major contributors to environmental degradation and resource depletion. At the same time, human settlements, large and small, are also areas of unused opportunities, creativity, economic growth, communication; accessibility for transfer of knowledge; and an efficient and effective attack-on waste and pollution.

The undesirable environmental implications of settlements growth can be addressed and reversed. Human settlements can be managed in an orderly and equitable manner through participatory and resource-conscious planning and management. This enabling approach applies to all urban functions, such as land use, construction, water supply, sanitation, waste disposal, transport and recreation.

Better planning and management of human settlements, including access to and use of environmentally-sound technologies, and reduced demand for mobility and transport can produce significant energy savings and therefore help prevent global warming and climate change.

International cooperation must be intensified to encourage and support national and local efforts in all countries to achieve the dual objective of sustainable development: meeting the development aspirations of people today and safeguarding the right of tomorrow's generations to do the same in healthy and humane environments.

This publication address issues such as:

The United Nations Centre for Human Settlements (Habitat) has. for many years. been emphasizing the importance of low-income housing development in national programmes of economic growth and employment generation. The potential of the housing sector and of the construction industry in general to create large numbers of jobs for unskilled and semi-skilled workers, to build industrial strength on the basis of indigenous inputs of human, natural and financial resources, and to establish the human settlements foundation for the functioning of all sectors of the national economy gives construction investment a first priority in practically all developing countries. With a well-established construction industry, other industrial sectors can be promoted on a self-sustaining basis instead of remaining within the constraints of import-dependent activities.

This document suggests some of the principles which apply to the promotion of informal-sector activities in connection with low-income housing programmes. Three case studies are presented to illustrate ways in which employment and housing programmes have been linked in particular instances in India.

It has been widely recognized that employment, incomes and access to housing and associated services are highly interrelated. The biggest constraint to developing improved housing for the lowest-income groups is their poverty. Their incomes are too meagre or too unstable to permit the commitment of scarce resources to shelter. Poor people first and foremost need to generate income or increase their earning to improve their living conditions in general and their housing in particular.

The majority of the populations of cities in developing countries are employed in or derive income through small-scale enterprises and are housed in self-help settlements. These settlements not only provide a place in which to live, they offer income-generating opportunities and an entry point to the urban economy.

Although poverty is not only a condition of insufficient income hut a function of lack of access to land or security of tenure, to information and to active participation in the decision-making processes affecting the lives of low-income people, the main focus here is on income generation and employment creation.

This publication examines the relationship between income generation and human settlements by focusing on areas where intervention might benefit the development of both improved shelter and income-generating activities. The topic is covered in five main chapters. Chapter I provides a general background to the subject; Chapter II deals with the potential for income generation and employment generation in the construction and building-materials sector: Chapter III examines the possibilities for promoting income-generating activities in human settlements; Chapter IV discusses the opportunities for employment generation in the provision and maintenance of basic-urban services; and Chapter V concentrates on an examination of the institutional-support mechanisms required to implement the proposed strategic responses.