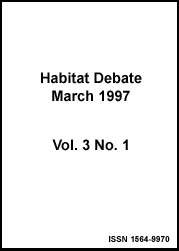 NGOs and the Media: Symbiosis or Subservience?

A few years ago, when I was Resident Editor of The Times of India in Mumbai (formerly known as Bombay), I wrote an editorial criticizing a leading environmental activist and members of a non-governmental organization (NGO) for threatening to commit suicide in the name of their cause. As I recall, in the editorial entitled “Violence To The Cause” I said that nobody’s purpose would be served by carrying out such a threat. Furthermore, it would undo all the good done by this NGO over the years, which had wielded together a formidable phalanx against the provincial and central governments, and multilateral institutions, thereby preventing them from proceeding with an environmentally-hazardous project. I added that Mahatma Gandhi had taught us that the ends were as important as the means and, as activists who professed to swear by Gandhi, the environmental activists should surely be aware that taking their own lives was an act of violence which could not be condoned.

The night the editorial appeared, I received a call at home from the NGO. It was from a sympathiser of the movement who said the activists were “disgusted” by the editorial. I listened silently and put the receiver down.

I recount this incident because I think it helps to illustrate the often tortuous relationship between activists and the media. Members of the NGO had become too emotionally involved in a literally life-and-death struggle to realize that it was unfair on their part to expect a journalist, who was otherwise seen as sympathetic to their cause, to endorse their stand uncritically. It was entirely possible that I was wrong, or that I had not been fully apprised of some valid reasons for resorting to this extreme action, but I had every right to make up my own mind as an independent professional.

NGOs and other charitable or voluntary organizations often expect the media, or at least some sections of it which are seen as sympathetic, to stick unswervingly to their cause, come what may. Obviously, in this specific instance, the “fellow-travellers” were guilty of being swayed more than the leader herself - who would have probably put her own life on the line first, had it ever come to such a pass.

As the Times of India editorial writer on environmental issues, I was allowed, by and large, to define the position of the paper on all these issues. Personally I was opposed to the project. However, I placed myself in the “mind” of the leading newspaper of the country and took a centrist but liberal view on the controversy. I argued at one stage that too much money had already been spent on the project; it was a fait accompli. Therefore, it would be better to accept that it would be finished but there was no reason why it could not be scaled down so it would cause less environmental and social damage. These views appeared as those of the newspaper, since they were unsigned.

I also wrote articles in the editorial page of the paper, where I argued against the project much more vehemently and pointed to the problems it created. I then listed the alternatives.

All these three positions - sheer objectivity when it came to news, a compromise when it came to editorials and independent opinions when it came to signed articles - were consistent with my role as a professional journalist, albeit one who was committed to protecting the environment and upholding human rights.

Nevertheless, I received a great deal of flak from both sides. The activists believed that I had sold out. Their worst fears appeared to be confirmed because I refused to speak on public platforms against the project, unlike when I had been a freelance journalist prior to rejoining The Times. Like Caesar’s wife being beyond suspicion, an editor has to be seen to be fair and neutral.

On the other hand, the Province where the project was based used to rail at the fact that the Mumbai editor of this newspaper was “biased” against the project and, they inferred, was distorting both news and views on this tricky subject.

Before I rejoined The Times and even during the five years I edited the edition, I was variously described - as I still am - as a journalist and an environmentalist. I would, however, prefer to be described as an environmental journalist, because that it is the correct depiction of my role. It is to report and analyze developments in what may broadly be said to comprise environment and development issues. Now that I am once again a freelance journalist, I do not have the same objection to appearing on public platforms. At the same time, I do realise that speaking at a meeting called by activists who oppose a particular project can on occasion block my access to the other side and thereby circumscribe my role as an independent professional.

The fact is that NGOs and the media have different, though often converging, agendas, and each must respect the other’s autonomy. NGOs have legitimate reasons to criticize the media for only wanting sensational stories, or for only being interested in personalities and events, not processes.

Scribes don’t do their homework half as well as they ought to, particularly when it comes to technical, complicated environmental issues, like CFCs and pollution-related stories. Journalists tend to swallow what officials from state-run institutions or the private sector tell them uncritically and regurgitate these ill-digested facts dutifully. Many are also loath to travel to remote, difficult terrain to see situations first-hand, because of the lack of creature comforts they get accustomed to by being pampered by the establishment. Their interest in any issue is also difficult to sustain; even if reporters are keen to follow up stories, editors keep warning them not to get involved in campaigns.

On their part, scribes complain that the NGOs expect them to keep writing about an issue even when there is no “story”, as perceived by the journalist. To add insult to injury, some NGOs - including some one-man/woman outfits - grossly exaggerate threats to the environment, which are often figments of an activist’s own imagination.

NGOs feel that they often get a raw deal at the hands of the press, which misreports their activities. The Delhi-based organization called “Charkha” seeks to correct this by getting activists to write articles, which are then edited by people with journalists’ skills and sent to newspapers for publication. I have attended meetings in Mumbai and Chandigarh called by Charkha, where I have expressed my sympathy with their complaints about the way in which the conventional media functions but disagreed with the solution they opt for. In my view, no editor will take anything written by an activist as being objective and most articles will be rejected. At best, something written by an activist may be published on an “Op-Ed” page - opposite the editorial page, which represents the paper’s opinion - with the author’s designation at the end to inform readers of the possible bias.

To complicate matters, many activists are themselves journalists. The classic example is Sunderlal Bahuguna, of Chipko fame, who used to string for a national news agency. How objective would an editor expect his reporting to be? Instead of blurring these roles, it would be best for NGOs and the media to keep a healthy distance from each other. Only this can ensure that each plays its own, distinct, role properly. It is as well that in Mumbai, journalists and activists are to hold workshops on specific issues like the displacement of people by projects to come to a better understanding of their respective functions. This should trigger an ongoing dialogue, with a free, frank and fearless exchange of views, which can then be circulated to and replicated in other towns and cities throughout the country.

Darryl D’Monte is a freelance environmental journalist based in Mumbai (Bombay), India.

A Habitat Partners Listserv has been set up to help strengthen communications among partners that have been involved in the Habitat II Conference. The purpose of the listserv is to foster dialogue on ways that partners can contribute to the facilitation and monitoring of the Habitat Agenda.

In order to subscribe, one needs to send the message “Subscribe h20-l” (the letter “l”, not the number “1” after h20) to <majordomo@undp.org>

You can send a message to everyone on the list by addressing it to: <h20-l@undp.org>. For more information, contact: Information Habitat: Where information lives at <infohabitat@igc.apc.org>.

In Latin America, a listserv on Habitat II follow-up has been initiated by the Colombia-based Fedevivienda, Habitat International Coalition’s focal point in Latin America and Ana Basurto from Fosovi, Mexico, in collaboration with Prensa de Ciudad (City Press) and Colnodo, the Association for Progressive Communications (APC) network in Colombia. The listserv is called: <habitat-lat@colnodo.apc.org>

The International Federation of Environmental Journalists has initiated an electronic tipsheet for journalists which gives brief pointers on ongoing or forthcoming environmental stories. For further details on how to subscribe to this service, contact Terry Collins at: <terryjen@globalserve.net>