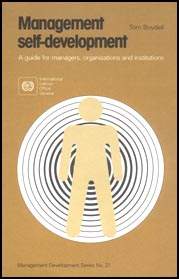 2.2 Our higher and lower selves

In a sense, your higher and lower selves can be said to represent your good and bad qualities. So your higher self - which is part of you - is that part which is honest, courageous, kind, selfless, helpful and so on. It is almost the "angelic" you - so that, at times, we will refer to it as your "angel", which sounds more friendly than "higher self".

Although we all have a higher self, surprisingly, perhaps, many people have difficulty in recognising theirs. These people just cannot see what is good within them. They appear unaware of their strengths and of their lovable features, and if somebody says something nice to them, they become embarrassed, or deny that they have been kind or whatever.

Conversely, other people fall into the trap of self-righteous, proud smugness, and see good qualities in themselves that perhaps are not really there. "Holier than thou" is a good description for such people, as they tend to see nothing but good in themselves, and nothing but bad in others.

Before reading further, it might be helpful for you to write down on a piece of paper what you think are the main features of your higher self; how would you describe your angel? Recognise it, but do not become self-satisfied!

Now let us turn to that which represents your bad qualities - your lower self. Again, we all have a lower self - which we might refer to as our double, or our beast. Your double is that part that contains your less pleasant features - insecurity, pride, envy, hatred, malice, greed, selfishness, and so on.

Since we all have our lower selves, it is again important to recognise these. Denying our unpleasant characteristics is not really going to help us to develop. At the same time, it is important not to let "the beast take over" - that is, we have to avoid becoming so ashamed, guilty and depressed by our lower selves that we lose all confidence and wallow about in fits of self-hatred and self-destruction.

Can you now write down some of the aspects of your lower self or beast? How do you feel about them? Recognise them, but do not let them overpower you! In a sense you can almost be glad about them, because it is these aspects of ourselves that give us something to work on, to improve, as part of our development. In a way we actually need our beasts for us to be able to develop!

In this chapter we are concentrating on looking at the effect your higher and lower selves have on the way you receive feedback, obtain information about yourself and your performance.

In chapter 4 we will come back to these ideas, working with these aspects of yourself - with your angel and your beast - to try to emphasise the one and overcome, or tame the other.

First, let us look at the reaction of your lower self to feedback, which is shown in figure 7.

Figure 7. Feedback information received by the lower self

When your beast is in charge, even positive feedback becomes distorted and channelled in a way that stops it from being helpful. Complacency, self-satisfaction and pride are the result, which give you a false and misguided sense of your own brilliance, and prevent you from working on any of your weaknesses, until "pride goes before a fall" - after which it might be too late.

When the lower self is in charge, negative feedback is also misused. After all, if you are receiving some information about negative aspects of yourself or your performance, then this, although unpleasant, does at least represent an opportunity for improvement. In the hands of the beast, however, this opportunity is lost. Instead of being considered objectively the negative information triggers off insecurities, usually followed almost immediately by all sorts of other negative, aggressive and hostile responses, including sarcasm, resentment, annoyance, grumbling, brooding, spite, rage, and bitterness. Usually these are directed at the source of discomfort - that is, the person who was responsible for the feedback - although often other people become the target. These others quite often are Chose who, you think, cannot hit back, such as your subordinates, or your children, or the pet dog. At other times it is yourself whom you aim at, and you engage in moods of self-destruction - or even self-destructive acts, such as becoming accident prone, developing stress diseases, taking foolishly dangerous risks. This certainly is not the route to self-development!

Compare this with feedback received by your higher self or angel (figure 8). In this case, negative feedback, although unpleasant, is seen as an opportunity for development. With determination and courage, you resolve to do something, to work on improving your performance and yourself. At the same time, positive feedback is received and acknowledged, adding to your non-complacent, prideless feelings of self worth - to the positive sense of identity, "it is all right to be me", referred to in chapter 1.

Figure 8. Feedback information received by the higher self

There is also a bonus. The very act of responding with your higher self is a way of recognising it, of getting in touch with it. This in itself enhances your development.

Ideally, then, when receiving feedback we should make sure that our higher selves are in charge, not our beasts! However, as with so many aspects of self-development, this is much easier said than done. One way to develop the ability to tame the beast in receiving feedback is to reflect on what happens. This is a fundamental process in many of the self-development methods described in chapters 3 to 8. You can do this just by thinking about it, but it is much better to make some notes, keep a sort of diary about feedback that you get.

In either case - just thinking, or writing as well - try to convert your feedback into personal questions and issues by considering the following questions:

- How am I responding to the feedback? How am I feeling? What would I like to do?

- Why? In what ways are my angel and beast at work here?

- Am I sure? (Ask this question several times.)

- Who was giving me the feedback? How do I feel about that person? Is that feeling influencing my response? Again, what are my angel and beast doing here?

- Am I sure? (Ask this question several times.)

- So: What is this feedback really telling me?

If you keep reflecting (in thoughts, or in writing) on feedback that you get, you should gradually develop the ability to go through these questions more or less instantaneously, whilst receiving the information. This ability should also gradually develop through using many of the methods described in this book. However, be patient if this takes some time. Reflecting after the event will in itself be very useful.

By the time you have answered these questions, you may well be filled with resolve, with ideas for action. You may even find that one of the effects of merely clarifying this question in itself helps to resolve the issue. There is nothing wrong with that, but do not forget this is still the first part of the self-assessment process of figure 6. So the main thing is to get a sense of what the feedback is saying to you.