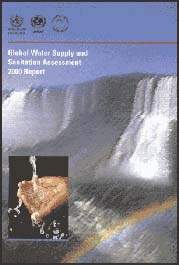 TABLE 7.1 ASIA: WATER SUPPLY AND SANITATION COVERAGE BY COUNTRY, AREA OR TERRITORY, 1990 AND 2000

Maps 7.1 and 7.2, which are based on the data in Table 7.1, show that in nearly every country, area or territory, water supply coverage is higher than sanitation coverage in 2000. Kazakhstan, Kyrgyzstan, Oman, the Syrian Arab Republic, Thailand, Turkey and Uzbekistan appear to be exceptions. In general, the countries of western Asia have higher coverage levels than those to the east and south of the region. The Islamic Republic of Iran, Jordan, Lebanon and Saudi Arabia are among the countries with the highest service coverage levels. The Assessment 2000 also found relatively high levels of service coverage in the central Asian countries of Kazakhstan, Kyrgyzstan and Uzbekistan. These countries are, however, in a process of transition and their experience of water supply and sanitation services may be more changeable than that of many other countries in the region. The coverage estimates for these three countries are based on data for the years 1995 - 1997 and it may be that they are not representative of the present status of services. The example of Tajikistan may be interesting in this context (see Box 7.1). 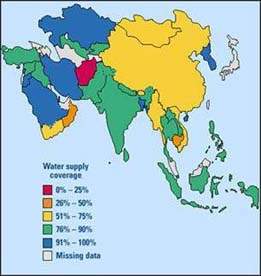 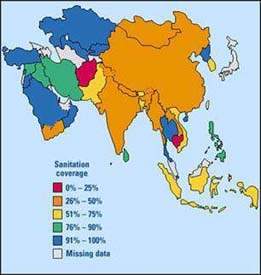 Some of the countries with the largest populations in the region also have the lowest coverage levels, especially for sanitation; China and India are the principal examples. Afghanistan, Cambodia, Mongolia, Myanmar, Nepal and Yemen also have extremely low levels of sanitation coverage. There is evidently a need to accord priority to improving sanitation coverage. Box 7.2 gives an indication of the obstacles to be overcome in the case of Nepal, while Box 7.3 describes an example of social mobilization to construct latrines in Myanmar.