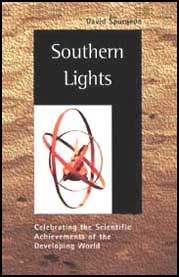 Manuel Patarroyo is a 47-year-old charismatic biochemist from Colombia, South America, who has developed the world’s first safe and effective malaria vaccine. Each year, malaria causes more than 400 million illnesses and between 1 and 3 million deaths, mainly among young children and pregnant women in sub-Saharan Africa. Endemic in 103 countries, in which half the world’s population lives, it is considered the most important parasitic disease of humankind.

That the first vaccine to have proved effective against malaria comes from the Third World is a major triumph for Third World science and technology. It comes at a time when, despite decades of attempts by the scientists of both the North and the South to control this scourge, epidemics are increasing because mosquitoes have become resistant to insecticides and the disease organism resistant to drugs.

Patarroyo’s triumph is all the more sweet for him because of the antagonism and disbelief directed at him by some of his colleagues in the North.

According to the us journal Science in 1993, Patarroyo had “endured 6 years of intense skepticism since 1987, when he claimed to have produced an effective malaria vaccine” (Travis 1993). Yet, by January 1995, the same journal reported that he was enjoying international fame and adoration only very rarely won by a scientist.

“The shelves of his office are sagging with prizes - 53 at last count,” said John Maurice (1995) in Science. Among these were the United Kingdom’s Edinburgh Science Medal and Germany’s Robert Koch Prize, named after that country’s doctor and microbiologist who received the Nobel Prize in 1905 for his discovery of the tuberculosis vaccine. In addition, two separate polls of French physicians voted Patarroyo “Doctor of the Year.”

By the end of 1994, Patarroyo’s victory was complete. The results of the clinical trials of his vaccine in Tanzania were published in The Lancet, and they more than confirmed the promise indicated by earlier trials in Colombia (Alonso et al. 1994). The Colombia trials had shown a 39% overall efficacy and a 77% efficacy among the highest risk group (1-4 year olds). Although the efficacy among the 1-5 year olds involved in Tanzania was lower (31%), the South American trials had been conducted in an area of low malaria transmission. The Tanzania trials were held where infection rates are intense: 80% of all infants are infected by the age of 6 months, and 1 in 25 is killed by the disease by the age of 5 years. Thus, the situation in Tanzania more realistically reflects the malaria threat in Africa in particular and the Third World in general.

Reached at his office in the Immunology Institute of the National University in Bogota, fresh from talks with the African trial scientists, Patarroyo was jubilant.

“My God, the results were really beautiful. We are very happy because the African trial is the toughest test any vaccine must pass. In those areas you are infected every single night by a mosquito, because all the mosquitoes are infected. In other diseases such as polio or measles, people are infected by aerosols and the amount of inoculant is relatively small, but here the mosquitoes are injecting it directly into their veins.... So this is going to be a universal malaria vaccine [and] it’s very safe.”

First reaction from some world malaria experts was, perhaps understandably, less ebullient than Patarroyo’s, but it was definitely positive - and it contrasted greatly with the earlier skepticism. The head of the World Health Organization’s (WHO) tropical disease program, Tore Gidal, called it “encouraging news, and very important in showing that it is possible to achieve protection against such a clever parasite” (Brown, D. 1994). Said Louis Miller, head of the malaria laboratory at the us National Institutes of Health, “It’s wonderful that it works and it’s a stimulus to the field” (Brown, P. 1994).

Later comments from some scientists revived the earlier skepticism. Paul-Henri Lambert, chief of WHO’s vaccine research and development unit, said of the Tanzanian results: “A 31% rate is in the gray zone, at the limit of ineffectiveness. Within this zone, things become a matter of opinion, of philosophy.”

But the skepticism did not extend to potential users of the vaccine: Patarroyo said that at least 17 countries had placed orders for it, and his own government had contributed the first $8 million to start work on a $20 million production plant to produce it by 1997.

How much of the Northern attitude toward Patarroyo was due to the perception that little of value could come from Third World science? This is an open question. Professor Frank Cox, immunologist at King’s College, London, who chronicled the saga for the British journal Nature (Cox 1993), is certain it played a part.

“Is there any jealousy because he is a Third World figure?” I asked Cox by telephone. “Oh, yes, indeed,” he replied. “I’m sure there is. There’s money in this, a [possible] Nobel Prize - all this sort of thing. Great honours and glory. And I think most people in the United States felt they were beaten to the post.”

In his Science article, Maurice (1995) said: Patarroyo is freewheeling, flamboyant, quixotic, and mercurial, with a penchant for hyperbole - everything that the archetypal First-World scientists shy away from. He is also a researcher from a small developing country who has achieved fame without running the heirarchical, regulatory, financial, and peer-review gauntlet that scientists from most developed countries have to face.

Patarroyo himself characterized initial opposition to his work as “intellectual racism.” Behind any form of racism “there is unfortunately the incapacity to recognize that other people can do things as well as you can,” he said. But he added generously, “it has helped me [nevertheless], because in these countries [where it occurs] when people see that one is carrying a heavier burden than others, immediately everybody wants to help.”

Quoting his boyhood idol, Louis Pasteur, Patarroyo continued: “In every big discovery there are three stages: first, to convince yourself; second, to convince your friends; and third - the least productive but the most enjoyable one - to try to convince your detractors. And that’s what I have been doing for the last 6 years.”

Manuel Patarroyo’s personal goal goes beyond mere self-justification. It goes beyond even his epochal achievement of developing a safe and effective malaria vaccine.

“I want the world to see that Colombia is not just drug trafficking,” he has said, “that it has another side to it, and that side is good science.”

To me he said: “We don’t want to get rich. We gave the patent [for the malaria vaccine] to the World Health Organization for free, the only condition being that credit be given to the people of Colombia. And we don’t want power. We just enjoy doing science - the development of knowledge and the possibility of helping other people.”

The Patarroyo case illustrates a perception common to the North - that accomplishments in science and technology in developing countries are so negligible that to use the phrase. “Third World science and technology” is almost a contradiction in terms. Knowing that the Third World is credited with only about 5% of the world’s scientific production, and that its educational levels are abysmally low, most people in the North view the South as backward both scientifically and technologically.

But is this really so? In the following chapters, I attempt to show that this common Northern perception is faulty - that much of great value to both the North and the South has already resulted from the efforts of Third World scientists and technologists, and that much more can be expected in the future.

A prominent Third World scientist who shared this conviction was the late Dr Cyril Ponnaperuma, former Director of the University of Maryland’s Laboratory of Chemical Evolution. Before his recent and untimely passing, Dr Ponnaperuma told me: “It is my contention that only 2% of the information generated in the South reaches the North.”

This book’s message is simple - 2% is not enough. If we are to solve the major global problems facing us today, it is absolutely essential that we profit from the tremendous potential of Third World science and technology.