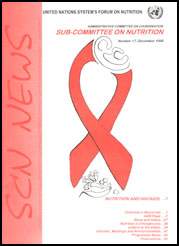 LETTERS TO THE EDITOR

In SCN News No. 15 (December 1997) on page 25, there is a report on the ‘Tulimbe Nutrition Project: a community-based dietary intervention to combat micronutrient malnutrition in rural southern Malawi’. It surprises me that in the report no mention is made of the Moringa oleifera tree, which is widely distributed throughout Malawi and is highly valued by the people for its edible leaves, flowers and seed pods1. Moringa leaves contain more protein, iron, calcium and vitamins A and C than most other vegetables in use in rural Africa. Most notable about the leaves is their very high content of vitamin A, reported to be 11300 I.U. per 100g of fresh leaves2.

Very impressive results in the treatment of PEM malnutrition with Moringa oleifera leaves and leaf powder were recently reported from Senegal3.

The importance of vitamin A in the control of child morbidity and mortality is well known and was amply dealt with in previous issues of SCN News in mid-1993 and mid-1994. There certainly seems to be justification for further research into the benefits of Moringa oleifera for nutrition in general, and for malnourished children and pregnant women in particular. The Tulimbe Nutrition Project in Malawi, having plenty of Moringa trees around, would seem an ideal setting for such research.

Here in Zimbabwe, among the Tonga people in Binga district along Lake Kariba, the Moringa tree is well known but under-utilised. The district is agriculturally one of the poorest in the country and the rate of chronic malnutrition is over 30%.

Binga Trees Project aims at extensive propagation of, among others, the Moringa oleifera tree and has started a study on the effect of Moringa leaves and leaf powder in malnourished children in the in- and out-patient department of the District Hospital.

A response from Fiona Yeudall and Rosalind Gibson

Thank you for your interest in the report on the Tulimbe Nutrition Project that appeared in the December 1997 issue of SCN News. The agricultural inputs distributed in the project were chosen as a result of preliminary work done on the dietary patterns of preschool children in Malawi1,2 in addition to consultation with field staff and senior officers from the Ministries of Agriculture and Health working in the area once the project received funding in late 1995. Every effort was made to make the modifications and recommendations made by the project fit as closely as possible with current practices and advice from government departments. The report which you referred to on the Moringa oleifera tree3 was actually being written during the implementation of the project, and the authors were in communication with our project during the writing of that report. Given the results of that report, future interventions could definitely explore the possibility of promoting Moringa Oleifera leaves as a source of vitamin A in dietary strategies. We await reports on the results of your intervention to promote this source of vitamin A with interest, so they can be incorporated into future interventions. 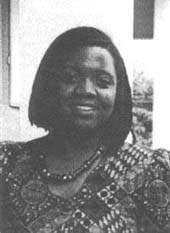 Catherine Siandwazi, Food and Nutrition Coordinator for the East Central and Southern Africa (ESCA) Regional Health Community Secretariat in Arusha, Tanzania, passed away on 23 July 1998 from a pulmonary embolism. Catherine was 42 years old.

Catherine was ECSA’s first Coordinator for the Regional Nutrition Programme, a post she held from 1992. Her achievements include raising the profile of nutrition high on the ECSA Region’s Health Ministers’ agenda. She negotiated for nutrition to be the focus of the annual meeting of the ECSA Health Ministers for three consecutive years.

Catherine operationalized the Network of Nutrition Units in the 14 member states of the ECSA Region by:

à Facilitating intercountry communication between Nutrition Units in the region

à Developing a capacity building strategy for nutrition in the Region which was based on needs assessments undertaken by member states with her coordination and guidance.

Catherine was a visionary who truly believed in Africa’s potential and untapped capacity to solve its nutrition problems. She was a very warm, hard working and committed professional who gave her all to her work. Catherine will be missed but not forgotten. Africa has lost one of its illustrious daughters, but the torch she lit for nutrition in the ECSA Region will live on.