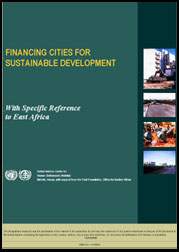 The only income tax levied by local authorities in the United Republic of Tanzania is called development levy. The name was adopted to distance this tax from the unpopular colonial tax known as poll or head tax (although the two taxes are essentially the same) and also to inculcate the idea that taxes were for bringing about development, and were not a punishment.

Development levy has its legal foundation in the Local Government Finances Act of 1982 and is payable by all persons, 18 or above years in age, residing within the area of jurisdiction of a local authority, and can be based on one or more of the following:

· a uniform or flat rate per capita;

· a graduated rate per capita; and,

· a rate assessed on the earnings, livelihood or possessions of persons in the area liable to the payment of rates.

Many local authorities in the United Republic of Tanzania charge a flat rate on people who are not employed in the formal sector, and a variable rate on those who are salaried.

Development levy payers must do so within 9 months of the financial year of the local authority and failure to do so can lead to a court action or payment with a penalty. Employers are obliged to deduct development levy from their employees' salary and to remit the money to the local governments.

Local authorities are empowered to exempt people from the payment of development levy. Some controversy raged on in the 1980s about whether or not women should pay. The legislation was later amended to exempt women without income. Some women, however, found it discriminatory and demeaning for them to be exempted.

Development levy has a great potential to raise revenue for both Mwanza and Dar-es-Salaam, given the population size and the number of economic activities in these cities.

The current development levy in Dar es Salaam is a flat rate of Tshs. 4,600.00 p.a for those in formal employment, and Tshs. 300.00 p.a. for those not formally employed. The former rate is deducted from employees' salaries by the employers who then remit it to the

Besides, this revision requires the sanctioning of the Minister responsible for local government, which, experience has shown, is not always readily forthcoming. This non-elasticity is shown in the figures for Dar es Salaam. The population of the City in 1988 was 1.3 million people. The total levy collected divided by the population yields a levy per capita of Tshs 50.3. In 1995 when the population had doubled to 2.6 million people, the levy collected per capita was Tshs. 46.8. This finding suggests inelasticity in the levy. This argument is augmented further by the evidence of years of non revision of rates.

In Dar es Salaam, development levy has recently been fixed as a flat rate of Tshs. 4,600.00 per person per annum for those who are employed. This is definitely inequitable. Besides, development levy is mainly paid by those in formal employment, making it even more inequitable. In addition, many people who have considerable income in the private or informal sector either do not pay development levy, or pay relatively little, compared to their income and to those employed in the public sector. There are proposals that the levy be based on 1 per cent of gross income. This will be a more equitable approach, besides its being able to generate revenue from Tshs. 140.5 million to Tshs. 3,085.3 million (1995 calculations). This might be easily fulfilled in the case of salaried payers, if the employers are cooperative and if deduction is spread over a long period to minimise the impact. It will be difficult to fulfil in the case of those who are in the informal sector.

Collection of development levy has been characterized by a number of administrative problems. Crude ways of apprehending people without evidence of having paid the levy on the streets proved very unpopular and have, by and large, been abandoned in urban areas. This means that all those who carry out economic activities informally, as well as those employed in small private sector enterprises generally do not pay, although some of these are netted when they seek licenses or permits from the DCC.

It has proved almost impossible to determine the incomes of urban dwellers. Moreover, it does not appear that there is that administrative capacity to carry out such a feat in terms of personnel, equipment and logistics. Currently only salaried employees of the central government, parastatals, local authorities and some private companies pay this levy. That is why a flat rate has been adopted. Local authorities do not for the moment have the capacity to keep a taxpayers register, since this means registering every person who is 18 years and above. Tanzanians, unlike Kenyans, do not have national identity cards, although the situation may be remedied in the future, as plans to issue national identity cards are being mooted.

Both local authorities were found to be unable to make a close follow up on the employers since many just do not comply, and others have the habit of deducting the levy from their employees but failing to remit the money to the local authorities.

Incorporation of neighbourhood leaders in tax administration would greatly enhance the collection of development levy but there is no framework in the set up of local authorities to incorporate these. Collection points are also limited and there have been claims of tax collectors having their own receipt books.

Historically, the development levy has been unpopular, since it was originally introduced during colonial days and the means of enforcing it proved to be crude. In 1970 the independence government even abolished it but was forced to reintroduce it in 1984 under a new name. Nevertheless, the central government has always been sensitive to the means used by local authorities to enforce this tax. Apprehending people on the street, or conducting house to house searches has always proved politically unpopular and therefore admonished by the government whenever such methods have been applied by the local authorities. As a result, the local authorities concentrated on those who are formally employed from whom it is easy to deduct the levy from their salaries. As the formal sector shrinks and as more and more people get employed in the informal sector, development levy is becoming more and more politically difficult to enforce.

The only form of income tax in Uganda is the personal graduated tax, which, for a long time, has been collected by local authorities. This tax has a long history. It was introduced, under the name of poll tax, by the British colonial government at the beginning of this century in order to raise taxes for the running of the protectorate. Lack of sources of income to pay the poll tax then forced the colonial administrators to introduce commercial crops, such as coffee and cotton, for the peasants to raise personal incomes out of which poll tax could be paid. This tax was transformed into personal graduated tax in the middle of the 1950s and early 1960s.

The assessment is quite automatic where tax payers are in formal employment. The collection is equally easy, since employers have the obligation of deducting the tax from the source in four instalments. However, it is not so easy when assessing peasants in the peri-urban villages, since incomes are not based on employment. The method used here is to base incomes on property owned, with the exception of household property. Assessment is done annually, but some local governments decide to do it once in two or three years.

Personal graduated tax has had very encouraging yields over the last ten years in both Jinja Municipal Council and Kampala City Council. Kampala, it is estimated, collects between 50 and 60 percent of this revenue, because of poor assessment and other avoidance practices.

The collection of graduated tax from residents who are not employed in any formal organisation is done by either the Parish Chief or the Local Council officials, or through both joining hands to do the job.

The personal graduated tax is sustainable in Ugandan local authorities. It is the most reliable source of revenue for local governments and it is probably the only tax people know most, given its history.

Elasticity of the personal graduated tax is also possible if the Central Government or Parliament accepts to raise the threshold beyond the present maximum of Ushs. 80,000.00. It is possible to move the maximum to nearer to the point where PAYE starts. The present maximum is no longer useful.

A scientific approach to the assessment of personal graduated tax has not so far been found. It can therefore be stated that the equity of this taxation system is rated very low, with the exception of those in formal employment. Collection methods have also been criticised. Harassment has been reported. A more decent manner of collecting the tax should be a priority. Reports are available of 'graduated tax riots' against payment of this tax in Eastern Uganda about two years ago and a Commission of Inquiry had to be set up.

Both Kampala and Jinja have scored very high percentages of actual collection, compared with estimates. However, this may not necessarily mean that the administrations have the capacity to handle and manage personal graduated tax. Kampala has the capacity to assess about 180,000 people, out of a population of 774,241, according to 1991 Census figures. It is doubtful if this is the maximum number of people that should pay tax in Kampala. On the other hand, Jinja has been able to assess 23,000 people, out of a population of about 65,169 (1991 Census). Jinja has been able to assess 35.3 per cent of the population and Kampala only about 23 per cent. Jinja seems to be on the right track. Kampala has a lot more to do, given that a large population of residents is involved in informal employment and, as such, should be assessed for what they are worth.

Both Kampala and Jinja have to deal with the problem of 'mobile' residents, which makes it difficult to establish graduated tax registers in a similar manner rural districts do. In urban areas, residents change places of residence so frequently that it needs a highly organised administration to keep track of such potential tax-payers. For example, during the day, the population of Kampala is 1.5 million, whereas during the night it is 1 million, making it difficult to establish the true GPT revenue potential of the city. In addition, many dodge and pay lower rates in their up-country homes. However, proposals are in the offing to use electoral registers as a possible source of information.

Generally, in Uganda, graduated personal tax is politically sensitive, though acceptable. However, in the case of Kampala and Jinja, it has not been a sensitive issue.