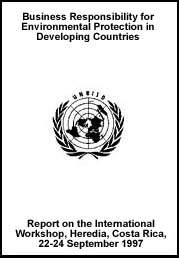 Acurtega, Marvin, an economist, graduated from Centro de Estudios Econos, El Colegio de Mco. He is a professor of macro-economics, international trade, development theory and economic policy at the School of Economics, Universidad Nacional, Costa Rica. He is currently directing the Labour, Distribution and Human Resources Program at the International Center of Economic Policy for Sustainable Development (CINPE), Universidad Nacional.

Alfaro, Marielos a forestry engineer, received her master’s degree in economics and management of natural resources. She has been working as a forestry consultant in medium and large projects in several countries in Latin America. She is a professor at the School of Environmental Sciences, Universidad Nacional, Costa Rica. Ms. Alfaro also works with the consultancy firm Recursos Naturales Tropicales S.A., and is a member of the Costa Rican Forestry Enterprise Association (Cra Costarricense Forestal - CCF).

Barkin, David received his doctorate in economics from Yale University and teaches at the Metropolitan University in Mexico City, has been awarded the National Prize in Political Economy and is a fellow of the Academy for Scientific Research. He is also a research associate at the Mexican Center for Ecology and Development. His current work involves the analysis of the impact of international economic integration on the environment and on economic opportunities in Latin America. Mr. Barkin is the author of more than a dozen books and numerous articles in eight languages. His recent publications include Distorted Development: Mexico in the World Economy (in English, Japanese and Spanish), and Monarchs and Peasants: A Strategy for Sustainable Development in Eastern Michoac/B> (available only in Spanish).

Bendell, Jem is the originator and co-ordinator of The Values Network, an organization which brings together business, NGOs and researchers to discuss standards and certification for responsible business practice, and Director of ESI Limited, an environmental consultancy and web-publishing company. He is also a researcher, writer and consultant on the environment and corporate social responsibility. He worked on forest certification issues while at the World Wide Fund For Nature-UK, and contributed to the establishment of the new Marine Stewardship Council. He is currently a doctoral candidate at the University of Bristol. He is a co-author of the book In the Company of Partners: Business, Environmental Groups and Sustainable Development Post-Rio.

Camacho Soto, MarAntonieta is a professor at the School of Planning and Social Promotion, Universidad Nacional, Costa Rica, where she co-ordinates a multidisciplinary programme involving action-research methodologies related to social and political dimensions of environmental policies and social change. Ms. Camacho has an undergraduate degree in social work and a master’s degree in rural sociology, and she received her doctorate from the School of Development Studies, University of East Anglia, United Kingdom. She has published several articles and is a co-author of a forthcoming methodological series issued by CAMBIOS and a book on participatory issues and case studies about the environmental policy-making processes in Costa Rica.

Carrere, Ricardo is a project co-ordinator at the Instituto del Tercer Mundo in Uruguay, a non-governmental organization working on environment and development issues internationally. He is also the international co-ordinator of the World Rainforest Movement, which aims to protect tropical forests and the peoples which inhabit them. Since 1988, he has conducted research and international and national campaigns on both native forests and commercial tree plantations. He is the author of numerous books, papers and articles in Spanish as well as English, including Pulping the South: Industrial Tree Plantations and the World Paper Economy and Forestry Geopolitics and Sustainable Development: An Overview and the Case of Uruguay.

Flaherty, Margaret joined the World Business Council for Sustainable Development (WBCSD), Geneva in 1995 and currently manages programmes on trade law and policy and education and training, as well as projects on corporate social responsibility and sustainability in the market. Previously she worked on environmental programmes at the World Industry Council for the Environment in Paris, and carried out research on environmental regulatory compliance, privatization and auditing systems of multinational corporations. She has a degree from the Northeastern University School of Law and a master’s degree from Tufts University’s Department of Civil Engineering. She is a co-author of the book, Corporate Response to Environmental Challenges: Initiatives of Multinational Management, as well as numerous articles on trade and environment.

Geisse, Guillermo is President and Executive Director of the Center of Environmental Studies and Policies (CIPMA) in Santiago, Chile. He was formerly a professor and Director of the Center of Urban and Regional Planning at the Catholic University of Chile. He has a master’s degree in city and regional planning from the University of California, Berkeley, where he has worked periodically as a visiting professor. Among his publications on environmental and policy issues is the edited volume Diez ade debate ambiental: Insercilobal y medio ambiente.

Gleckman, Harris has a doctorate in sociology from Brandeis University and is Senior Information Officer at the United Nations Conference on Trade and Development (UNCTAD), Geneva. He was formerly Chief of the Environmental Unit of the United Nations Centre on Transnational Corporations and Director of Benchmark Environmental Consulting Inc. His current policy interests include structural changes in corporate environmental management strategies; the linkages between investment, trade and sustainable development; and corporate responses to multilateral environmental agreements. He has published widely on sustainable development and is lead author of Benchmark Survey of Corporate Environmental Management, and co-author of Self-Regulation of Environmental Management.

Hanks, Jonathon is Group Environmental Advisor at AECI Ltd., one of the largest chemical companies in South Africa. He is currently completing a master’s degree at the International Institute of Industrial Environmental Economics at Lund University, Sweden, on the role of negotiated environmental agreements as a means of promoting sustainable industrial development in Southern Africa. Previously, Mr. Hanks was responsible for managing the corporate environmental audit programme for AECI. He also served as the South African representative to the ISO Subcommittee on Environmental Auditing, and participated in various environmental policy initiatives on behalf of AECI and the South African Chemical and Allied Industries Association.

Hansen, Michael is an assistant professor at the Copenhagen Business School (CBS), specializing in international business economics and development issues. He has a master’s degree political philosophy from Essex University, United Kingdom, and recently completed a doctorate at CBS on the environmental implications of foreign direct investment in less developed countries. He previously worked as an associate expert at the United Nations Centre on Transnational Corporations and is currently co-ordinating a joint CBS-UNCTAD project that considers cross-border environmental management of European TNCs with affiliates in South East Asia. He has published several articles and chapters of books and is a co-editor of International Trade Regulation, National Development Strategies and the Environment.

Murphy, David is a researcher, trainer and consultant in the fields of sustainable development and corporate social responsibility. He is currently completing his doctorate at the School for Policy Studies, University of Bristol, United Kingdom, where he is researching business-NGO relations on sustainable development in the international policy arena. In recent years he has undertaken assignments for organizations such as the Office of International Policy Services (IPS), the Audit Commission, the New Academy of Business, the International Labour Organization and the World Conservation Union (IUCN). Prior to his arrival in Bristol, he worked for CUSO (a Canadian development NGO) in both West Africa and Canada. He is a co-author of In Company of Partners: Business, Environmental Groups and Sustainable Development Post-Rio.

Orozco Barrantes, Jeffrey received his master’s degree in economic policy, with a specialization in international economy. In recent years he has undertaken research on a variety of themes, including sustainable development, competitiveness, technology, structural change and environment, and development of the energy sector, while working with several European institutes in Norway, Denmark, Holland and Germany. Mr. Orozco recently published an evaluation of the Costa Rican development model based on multidimensional criteria of sustainable development.

Pang, Hin Yue graduated from the Universiti Sains Malaysia with a degree in mass communications. Based in Kuala Lumpur, Malaysia, she is currently a journalist with the English daily newspaper, The New Straits Times (NST). She writes features concerning mainly environmental issues in the newspaper’s Life and Times section and has a fortnightly column called The Green Zone. Pang’s work won environmental journalism awards in 1994/95 and 1995/96.

Rappaport, Ann is an assistant professor in the Department of Civil and Environmental Engineering, Department of Urban and Environmental Policy, Tufts University, United States. She conducts research on issues related to multinational companies and the environment, including pollution prevention, innovation, technology transfer, and partnership. She currently serves on the National Research Council Committee on Innovation Remediation Technology. She received her master’s degree in civil engineering from the Massachusetts Institute of Technology and her doctorate in environmental engineering from Tufts University. She is a co-author of Corporate Responses to Environmental Challenges: Initiatives by Multinational Management, and is the author of Development and Transfer of Pollution Prevention Technology as well as several book chapters and articles related to companies and the environment.

Rodrez Cervantes, Silvia is a professor at the School of Environmental Sciences, Universidad Nacional, Costa Rica. She is a member of the interdisciplinary team, CAMBIOS, an action-research programme on the social and political dimensions of environmental policies. She leads the Biodiversity and Social Actors Project and co-ordinates the commission formed by the National Assembly to draft the biodiversity law. Ms. Rodrez has an undergraduate degree in social work, a master’s degree in rural development and a doctorate from the University of Wisconsin, United States. She has written several articles on sustainable development, biodiversity, bioprospecting and patenting rights, and is a co-author of an award-winning book on forestry policies in Costa Rica.

Segura Bonilla, Olman, an economist, graduated from London University. He is a doctoral candidate in economics at Aalborg University, Denmark. He is currently Head of the Environmental Management and Innovation Program in the International Center of Economic Policy for Sustainable Development (CINPE) at the Universidad Nacional. He has written widely on sustainable development issues and is the editor of Desarrollo Sostenible y Polcas Econas en Amca Latina and the author of Costa Rica y el Gatt: Los desafios del nuevo orden del comercio mundial.

Utting, Peter is a project co-ordinator at the United Nations Research Institute for Social Development (UNRISD), Geneva, Switzerland. He currently leads research projects on the politics of environmental protection in developing countries, business responsibility for sustainable development, and vulnerability and coping strategies in Cambodia. He has a doctorate in development sociology from Essex University, United Kingdom. Prior to joining UNRISD in 1991, he worked for 12 years in Central America on a range of environment and development issues. He is a co-editor of States of Disarray: The Social Effects of Globalization and his authored books include Trees, People and Power: Social Dimensions of Deforestation and Forest Protection in Central America.