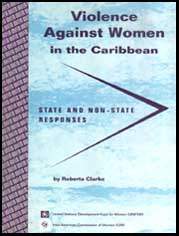 2. Violence against Women as a Violation of Women’s Human Rights: International Developments

Because gender-based violence has been under sustained consideration by women’s organisations throughout the world, it is now clearly acknowledged internationally that violence against women is a fundamental violation of human rights. The importance of engaging in the human rights discourse cannot be underestimated. The human rights regime in fact represents the ethical dimension from which calls can be made for state action and from which state action can be monitored and evaluated.

International human rights law evolved in order to protect, in the first instance, individual rights to freedom and autonomy from limitations that may be imposed by states. States are bound by international law to respect individual rights and are therefore accountable for abuses of those rights. Historically, the exclusive focus on the behaviour of the state confined the operation of international human rights law entirely within the public sphere. And therein lay the challenge in asserting the slogan “violence against women is a violation of human rights.” The fact is that violence against women is largely, though not exclusively, perpetrated by men in their own private capacity and not as agents of the state. Violence against women is then generally not a result of a direct state violation.

Much has changed internationally, however, and these changes have allowed for an analysis of gender-based violence as a human rights issue. The international women’s rights movement has focused on:

b) creating a recognition of domestic violence as widespread and largely without effective remedy; and

c) exposing the systematic non-prosecution of domestic violence as discriminatory and constituting a violation of the right to equal protection under national and international law.

The gains made in advocating the public nature of violence against women, and therefore in invoking state diligence in implementing measures to protect women and give them legal remedies, can be gauged by a host of legal initiatives at both the international and national levels. The sustained attention and action aimed at this phenomenon resulted in the development of a number of international human rights documents which either address or are entirely focused on the issue.

In 1979, the United Nations General Assembly adopted the Convention on the Elimination of All Forms of Discrimination against Women (CEDAW). This Convention does not explicitly state in any of its articles that violence is a form or consequence of discrimination. The absence of any specific mention of violence in the text of the Convention meant that there was no mandate for States to report on the issue nor was there any legal obligation to adjust their national legislation appropriately.

This deficiency was addressed in 1989 when the Committee on the Elimination of All Forms of Discrimination against Women, to which States submit reports on compliance, recommended that periodic reports to the Committee should include information about:

a) legislation in force to protect women against the incidence of all kinds of violence in everyday life (including sexual violence, abuses in the family, sexual harassment in the workplace);

b) other measures adopted to eradicate this violence;

c) the existence of support services for women who are the victims of aggression or abuses; and

d) statistical data on the incidence of violence of all kinds against women and on women who are the victims of violence.

These recommendations (referred to as General Recommendation 12) now place an obligation on States not only to report on the progress made to eradicate violence against women, but more importantly to take all appropriate measures to ensure protection for women from all forms of violence.

The United Nations Nairobi Forward Looking Strategies for Women to the Year 2000 (1985) document recognised that gender-specific violence was increasing and called on Governments to affirm the dignity of women as a priority action. Paragraph 258 states that:

Violence against women exists in various forms in everyday life in all societies. Women are beaten, mutilated, burned, sexually abused and raped. Such violence is a major obstacle to the achievement of peace and the other objectives of the decade and should be given special attention. Women victims of violence should be given particular attention and comprehensive assistance. To this end legal measures should be formulated to prevent violence and to assist women victims. National machinery should be established in order to deal with the question of violence against women within the family and the society. Preventive policies should be elaborated, and institutionalised forms of assistance to women provided.

This document also called upon governments to intensify efforts to establish or strengthen forms of assistance to victims of such violence through the provision of shelter, support, legal and other services. Governments were mandated to increase public awareness of violence against women as a societal problem, establish policies and legislative measures to ascertain its causes and prevent and eliminate such violence. It should be noted that Caribbean governments were present in Nairobi at the 1985 World Conference on Women and supported the Forward Looking Strategies.

The 1993 World Conference on Human Rights (WCHR) Programme of Action also contained a number of provisions on violence against women. The inclusion of these concerns was a direct consequence of national and global actions around the recognition of non-state violence against women as a violation of human rights. This leap was made possible by the analysis of violence against women as being directly linked to systemic and systematic discrimination and gender inequality in power relations. Very importantly, at the WCHR in Vienna, State parties accepted that gender-based violence and all forms of sexual harassment and exploitation, including those resulting from cultural prejudice and international trafficking, were incompatible with the dignity and worth of the human person and must be eliminated. Violations of the human rights of women in situations of armed conflict were recognised as violations of the fundamental principles of international human rights law and humanitarian law.

Following the calls contained in the WCHR Programme of Action, the UN General Assembly, which includes Caribbean states, adopted by consensus the Declaration on the Elimination of Violence against Women. This Declaration places the issue of violence within the framework of existing international human rights standards and represents a moral commitment by UN members to work towards eradicating violence against women.

The adoption of the Declaration by consensus was an important step in legitimising the international community’s efforts to counter violence against women. This legitimisation was further reinforced by the consensus decision of the 1994 Commission on Human Rights to appoint a Special Rapporteur on Violence against Women, Its Causes and Consequences.

The appointment of this Rapporteur created a practical mechanism through which individual incidents and general patterns of violence against women can be assessed and acted upon.36 This mechanism also provides the means through which recommendations can be made to the international community as well as to individual states on the measures that should be taken to prevent violence against women, punish those who perpetrate such acts and provide remedy for victims.

Within the Organisation of American States (OAS) system, the Inter-American Convention on the Prevention, Punishment, and Eradication of Violence was adopted by the OAS General Assembly in June 1994. The Convention not only recognises that violence against women constitutes a violation of human rights, but it also defines violence in both the public and private spheres.

The United Nations Declaration on Violence against Women provides a broad definition of violence:

any act of gender-based violence that results in, or is likely to result in, physical, sexual or psychological harm or suffering to women, including threats of such acts, coercion or arbitrary deprivation of liberty, whether occurring in public or private life.

The forms of violence against women listed in the Declaration are:

a) physical, sexual and psychological violence occurring in the family, including battering, sexual abuse of female children in the household, dowry related violence, marital rape, female genital mutilation and other traditional practices harmful to women, non-spousal violence and violence related to exploitation;

b) physical, sexual and psychological violence occurring within the general community, including rape, sexual abuse, sexual harassment and intimidation at work, in educational institutions and elsewhere, trafficking in women and forced prostitution; and

c) physical, sexual and psychological violence perpetrated or condoned by the State, wherever it occurs.

The OAS Convention affirms at Article 3 that every woman has the right to be free from violence in both the public and private spheres. Article 2 defines violence in the following terms:

Violence against women shall be understood to include physical, sexual and psychological violence:

a) that occurs within the family or domestic unit or within any other interpersonal relationship, whether or not the perpetrator shares or has shared the same residence with the woman, including, among others, rape, battery and sexual abuse;

b) that occurs in the community and is perpetrated by any person including, among others, rape, sexual abuse, torture, trafficking in persons, forced prostitution, kidnapping and sexual harassment in the workplace as well as in educational institutions, health facilities or any other place; and

c) that is perpetrated or condoned by the State or its agents regardless of where it occurs.

The similarities in the approaches of the two instruments are clear and are predicated on the understanding and acceptance that violence against women occurs in the home and in the community by private or non-state actors but also occurs at the instance of the State. However, the legal effect of the two documents are substantially different. The UN Declaration adopted by consensus does not impose on States any legally binding obligations to comply nor does it provide mechanisms for reporting on State action. The OAS Convention, however, includes mechanisms of protection. These are of three types. Firstly, Article 10 mandates State parties to include in their national reports to the Inter-American Commission on Women (CIM) information on measures adopted to prevent violence against women. The Convention also provides that State parties may request of the Inter-American Court of Human Rights advisory opinions on the interpretation of this Convention. Finally the Convention provides for the presentation of petitions to the Inter-American Commission on Human Rights containing denunciations or complaints of violations of Article 7.

The effect of the inclusion of these complaint mechanisms in the OAS Convention for countries which have signed and ratified it is that individuals may petition the Inter-American Commission seeking a remedy from States which have not provided any or any adequate redress in cases of violence. By May 1996, only Guyana, St. Kitts and Nevis, St. Lucia, Barbados, Dominica, Trinidad and Tobago and the Bahamas had signed and ratified the Convention. However, all of the independent CARICOM countries are OAS members and it can therefore be assumed that they support the Convention in principle.

Calls to eliminate violence against women and to implement the Declaration on the Elimination of Violence against Women were made at the World Summit for Social Development in 1995 and further substantive analysis and recommendations were included on violence against women in the Beijing Platform for Action. In addition, rape has now been recognised as a form of torture by the UN Rapporteur on Torture when it is performed by an agent of the State.

From the foregoing, it is clear that the State is expected to take action to ensure that women are free from violence in the home and in the community. The State is also expected to punish perpetrators of violence as well as scrupulously desist from acts which result in the violation of women.