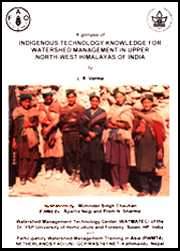 1. Plough: Tillage is the basic operation in farming. It is done to create favourable conditions for seed placement and plant growth. This is done mainly with a plough. A full history of the evolution of plough is not available. Farmers have been using plough since time immemorial. The primitive model might have been a crooked twig or a branch of a tree. The basic components of the plough are a shoe, a share, a body, a handle and a beam.

The shoe and body make one piece in the case of ploughs being used in Kullu, Solan, Shimla, Sirmour, Lahaul & Spiti and Kinnaur district of Himachal Pradesh. The Joint between the shoe and the body is purposely avoided with a view to make the plough more rigid and robust, so that the implement can work on gravely soils with stones and other obstacles which are encountered during the course of ploughing. (Figs. 9.1a, b & c)

In another type, the shoe and body feature as separate parts (Fig. 9.1d). This type is particularly preferred in soils with a greater proportion of sand particles. This type of structure facilitates the replacement of the shoe when it wears out due to the abrasive action of the sand. This type of plough is used in Mandi, Chamba, Una and Kangra districts of Himachal Pradesh. In Sirmour district, the beam of the plough is joined to the handle instead of the body. This is done to provide more clearance under the beam and for easy passage over clods and stubble. The handle is 0.6 to 1 m long, 5 to 7.5 cm thick and 7.5 to' 12.5 cm wide and is fitted to the body of the plough.

The shoe, used in the plough, can be of different shapes and sizes. Ploughs used in dry lands have shoes which are generally of a triangular section while in wet land cultivation the shoes are of a more flat section.

2. Yoke: The yoke has a projection at the centre to which a beam of implements like plough, leveller and harrow etc. are secured by a rope (Fig. 9.2).

3. Leveller: The plank of the leveller is made of any locally available wood and shafts are generally made of bamboo sticks. Extra weight is added to all type of planks by placing stones on it or having person (s) ride on it. As the name suggests, levellers are used for levelling land (Fig. 9.3a & b).

4. Harrow: It has a wooden plank to which wood/iron pegs, handle and bamboo shaft are fitted. It is used for breaking soil crust after rain and also for uprooting weeds (Fig. 9.4).

5. Mallot: It has a wooden block to which a handle is attached. Occasionally, one end of the block is tapering. It is used for the breaking of clods (Fig. 9.5).