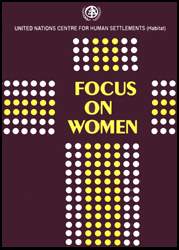 “Why focus on women?”

“...without the full mobilization and participation of women - and the removal of obstacles to their full participation - the goal of the Global Strategy of providing shelter for all cannot and will not be met.”

Women are producers of goods and services, farmers and food processors, childbearers and mothers, and educators within their family units. To ignore their contributions to their country’s economic and social development is to lose a vital human resource in the development process.

The advancement of women is a condition for the development of society as a whole: no society can be considered developed if half its population is not able to contribute to and benefit fully and equally from the achievement of its objectives. No society is wealthy enough to be able to waste or misuse half of its human resources. These are some of the fundamental reasons why the Global Strategy for Shelter to the Year 2000 should focus on women.

Development projects which tend to ignore women’s needs and contributions have often failed. These projects not only point out the inequality meted out to women; they also underscore the need for women to have the same opportunities as men, not so much for humanitarian reasons as for the achievement of national development targets. Women’s lack of access to credit, to training, to shelter and services, and to education and to decision-making positions are obstacles which prevent women from improving their living conditions and participating fully in national development programmes.

Women are producers of goods and services, farmers and food processors. To ignore their contributions to their country’s economic and social development is to lose a vital human resource in the development process. 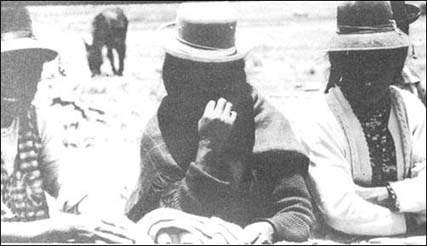 Millions of women constitute the poorest of the poor.

Another reason to zero in on women in the Global Strategy is that millions of women constitute the poorest of the poor in developing and developed countries. They are forced to live in slums and squatter settlements and raise their families in squalid misery. They bear the brunt of all the problems which arise from the lack of adequate shelter and services. In many of the poorest households it is a woman who is the head of household with the onerous responsibility of being the breadwinner. They are forced to use their homes for income-generating activities.

It is women who have to turn a shelter into a home and who must in the first place set up all the family’s survival system - the water source, the cooking fuel, the health care, and the education of the children. In many cases it is they who actually gather whatever rudimentary materials they can find to build the family shelter in urban shanty towns and far-flung rural settlements. They suffer most from the lack of proper sanitation and waste disposal as they spend most time within the home. It is they who must nurse their children when they fall sick from drinking unsafe water or from living in unsanitary conditions within and around the home. Safe and sound shelter, sanitation, clean water and facilities for waste disposal are immediate concerns for poor women, who directly face the consequences of the absence of these facilities and services. 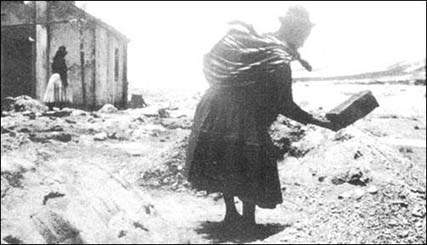 No society is wealthy enough to be able to waste or misuse half of its human resources. 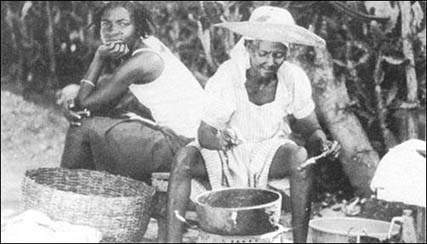 Women bear the brunt of all problems which arise from the lack of adequate shelter and services. 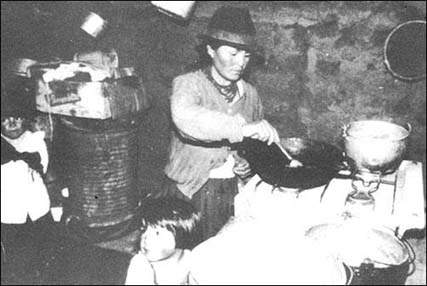 It is women who have to turn a shelter into a home.

The conditions of these groups of survivors against all odds cries out for support and solidarity by all those with humanitarian feelings. It also deserves special attention within the framework of the Global Strategy. Unless women are reached by the various national shelter strategies which form the totality of the Global Strategy, the goal of satisfying the shelter needs of the poor will not be reached, for many of those most in need will be excluded.

The facts given above argue strongly for a shelter strategy that focuses on and enlists the full participation of women. Another strong argument, is that no-one is more committed to changing the wretched shelter conditions of poor families than women themselves.

The means to promote this commitment through active participation should include efforts to eradicate absolute poverty experienced by women and children. The poorest communities must have improved shelter and services, and those in the communities who will benefit from the improvement must be involved in the planning and execution of improvement programmes.

Experiences of those in the human settlements field have revealed that quite often the priority need in poor families is employment, not housing. With that in mind, employment opportunities and prospects should and can be increased through new shelter improvement programmes which directly generate jobs in both the formal and informal sectors. Moreover, as most of the income-generating activities of underprivileged women are in the informal sector, these can be facilitated by improved shelter and neighbourhood development that expands the possibilities for working near their homes. New national and local efforts and priority for the shelter sector could, therefore, launch a twofold attack on poverty and employment.

Women hold the key to a productive and socially-mobile society. If they have access to education, training and finance, they will be economically productive. Equality and economic growth and development are inseparable. The Global Strategy for Shelter cannot afford to ignore women. To exclude them from making decisions about housing, to deny them fundamental rights to ownership of land, to create barriers which prevent their full and equal participation-that is the way to ensure that the Global Strategy of providing adequate shelter for all cannot be met.