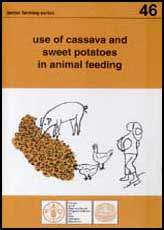 Many of the booklets deal with specific crops and techniques, while others are intended to give farmers more general information that can help them to understand why they do what they do, so that they will be able to do better.

Requests for permission to issue this booklet in other languages and to adapt it according to local climate and ecological conditions are welcomed. They should be addressed to the Director, Publications Division, Food and Agriculture Organization of the United Nations, Viale delle Terme di Caracalla, 00100 Rome, Italy.