In Nicaragua, the Pacific region is home to a forest ecosystem adapted to low rainfall (800-1200 mm/year) distributed over a period of six months (May to November) which is followed by a six months dry period (December to April). As a consequence of the dry season, most trees are deciduous, losing their leaves during this time. The appearance of this forest during the dry season is similar to that of a temperate forest during winter, trees without leaves, in contrast to the evergreen tropical rain forest.

Since colonial times, the tropical dry forest of Nicaragua has been gradually diminishing (Table 1). In the last fifty years, with the development of commercial agriculture (cotton, sugar cane and coffee), a major change in the use of land has occurred; the needs for firewood and construction (roads and cities) has further increased the pressure over the tropical dry forest.

Impact from firewood and charcoal production

In 1998 PROLE, an NGO whose aims are to promote the development and modernization of bioenergy in Nicaragua and Honduras, carried out a preliminary survey in five traditional fuelwood production sites in the Pacific region, to highlight the negative impacts on the environment, particularly forest degradation and deforestation. It did this study with the support of ESMAP (the Energy Sector Management Assistance Program), a joint World Bank-UNDP programme.

Eight square kilometres of land, located in five sites in the region, were analyzed for both deforestation and forest degradation from 1986 to 1996. Particular importance was given to observe the linkages between changes of land use and fuelwood harvesting. It was found that deforestation appears to be more associated with the changes of use of land from forest to agriculture and cattle ranching whilst forest degradation appears to be directly associated with fuelwood harvesting for both household and industrial firewood and charcoal production. 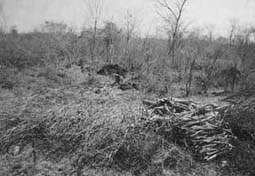 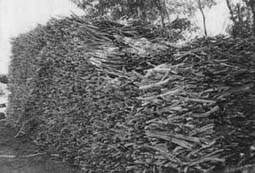 Figure 2: Sustainable production can be achieved if forest regulations are upheld

Also, in a more recent unpublished survey implemented by PROLE within EMOLEP (Sustainable Fuelwood Supply and Efficient Demand Project Strategy for the Pacific region), there were again indications that firewood is not necessarily the main cause for either deforestation or forest degradation in the Pacific region. In areas in which primary or very dense tropical dry forest are being harvested for commercial firewood according to a management plan, the harvesting levels were found to be below the forest production capacity, e.g. not jeopardizing the sustainability of the forest ecosystems. However, these primary or very dense tropical dry forests are today the exception rather than the rule. There are indications that if this very dense forest has already being harvested and degraded non-sustainably by timber harvesters, continuously harvesting for firewood contributes a great deal to the further degradation and eventual deforestation of the site.

Although there are forest regulations in Nicaragua which define the legal and technical procedures needed to obtain a permit to harvest fuelwood, enforcement is not a general rule. These regulations, if well understood and applied in the field, provide an excellent tool to guide landowners towards the sustainable management of forest resources, guaranteeing a maximum productivity over a longer period of time, and with little or no negative impact over the forest ecosystem.

In the case of the Pacific region of Nicaragua, lack of planning has contributed to a degradation of the forest resources resulting in a significant reduction in forest productivity, loss of biodiversity (including many tree species, other plants and wildlife), loss or reduced watershed capability, and soil erosion.

Causes of deforestation and forest degradation

The causes for a non-sustainable management of the dry forest are many, but the main ones are:

· Lack of long term security over the forest resource: The National Constitution defines that all forest resources belong to the nation, creating uncertainty over the government rights to confiscate trees in private lands. Further, too many landowners do not have proper land titles (either due to the high cost of the paperwork, or because of land property rights disputes), creating uncertainty over the legal rights for future land ownership.

· Lack of information about forest products: Landowners usually do not have adequate knowledge about the broad range of products and services that his or her forest can provide to society, they also have insufficient information about markets and prices.

· Lack of awareness: Environmental awareness is not yet well established among landowners in Nicaragua, although there is a small but growing awareness.

· Lack of economical incentives: There are no economic incentives for landowners to manage or protect the natural dry forests properly. Fuelwood prices are very low, around US$ 6/tonne, which does not provide any incentive for landowners to reinvest in management of the forest; fuelwood prices do not reflect the cost of replanting. There are no government-funded incentive schemes for natural forest management, such as tax exemptions, and no resources are committed to forest protection or even reforestation.

· Lack of adequate control: The governmental regulating agencies such as the National Forest Institute and municipal governments have insufficient resources, such as personnel and transport, to control and monitor the use of the natural forests effectively.

· Lack of a positive government attitude: In general, the government agencies do not have a positive attitude toward the fuelwood sector, seeing them as depredators and difficult to control. The fuelwood sector comprises people with little environmental and technical awareness, who receive the lowest pay in the forestry sector. Government policies and attitudes restrict the sector with many regulations and excessive taxes. They do not understand the need to provide the fuelwood sector with economic incentives, less bureaucracy and general assistance towards increased profitability.

In spite of the above, there are signs that the deforestation and degradation of the tropical dry forest of Nicaragua by the fuel-wood sector is about to be stopped. In the most recent surveys in the region, there are a few examples of landowners, with financial support from fuel-wood merchants, that are implementing successful sustainable forest management plans. This indicates that it is possible to achieve rational use of the forest and that a partnership with those most interested in sustaining the fuelwood business, such as fuel merchants, is possible. The challenge will be disseminating these examples so that they become the norm. Also, a few of the largest fuelwood consuming industries are now establishing or seriously considering how to establish fast-growing fuelwood plantations, and this will definitely reduce pressure over the natural forest.

PROLE is helping to modernize the fuelwood sector of Nicaragua. It is attracting the attention of international donors through its work, including The World Bank, The Inter-American Development Bank (IDB) and The Food and Agriculture Organization of the United Nations (FAO). A proposed course of action being negotiated with such donors, includes a mechanism for providing technical and financial incentives to landowners to achieve sustainable forest management, establishing multiple purpose plantations, developing a new less bureaucratic and effective legislation, and reducing household fuelwood demand by promoting improved woodstoves and fuelwood substitution. This last action may prove very important for Nicaragua, since the latest PROLE household survey indicates that over 50% of the Nicaraguan population uses fuel-wood for cooking, and within this group the majority uses traditional woodstoves such as open fires (three stones) or semi-closed (U-shaped) stoves.

With technical support from PROLE, the National Energy Commission, a governmental executive agency, is developing the EMOLEP project. The strategic plan will include supporting management of the natural forests, fuelwood plantations, improved woodstoves and even fuelwood substitution. This plan will be implemented by coordinating public and private organizations, and will be presented to the international donors for financial and technical support. 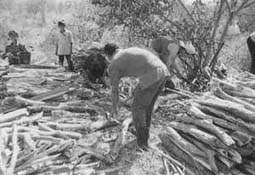 Fuelwood harvesting for firewood and charcoal is not the main factor causing the deforestation in the tropical dry forest of the Pacific region of Nicaragua. The usual causes of deforestation are clearing of land for agriculture and pastures. Timber harvesting, cattle ranching or even fuelwood collection in forests already degraded by other forms of fuelwood production can contribute to further forest degradation.

Fuelwood harvested in primary or dense forest under a management plan can be done commercially within sustainable levels. Reforestation with fast-growing multiple-purpose trees by larger fuelwood consuming industries can reduce, by a significant level, the pressure on the natural dry forest of Nicaragua.

The laws on forestry and the government agencies in Nicaragua will neither control the fuelwood sector effectively nor provide incentives to achieve sustainability. However, there are signs that management of the natural forest for fuelwood is possible and that the fuelwood sector is concerned about its future and is taking initiatives to modernize it.