This article describes the design, testing, manufacture and promotion of a clay grate. The grate was developed earlier this year as part of an improved stove for a project in Uttar Pradesh, India. The project itself is outlined briefly, but the article concentrates on the ideas behind the development of a cheap alternative to the steel grate, and various aspects of its development, manufacture and potential.

This is not about a ‘model project’, or even a project that will necessarily succeed, but the story-so-far on one aspect of a simple, small scale, participatory, village-based project. The project is being continued by the Indian Institute for People’s Action and Development Systems (IPADS) in a village called Chibau Khera in Mohan Lal Ganj, near Lucknow.

Traditionally, women in Chibau Khera use a simple U-shaped mud stove for all cooking activities, fuelled by wood and dried-dung. While these stoves are free, familiar and easy to construct, they are not efficient and are very smokey. Women complain of health problems relating to smoke, affecting their eyes and respiratory systems. Wood collection is also said to be an arduous task.

The IPADS project sought to respond to the stated needs of the village women by designing a more efficient and less smokey cooking stove affordable to all, encompassing as many of the positive aspects of their traditional stove as possible. Lessons from a previous (failed) stove project were taken on board, and the programme was designed with local sustainability in mind.

A potter in Chibau Khera lent us a piece of land to be used as a ‘village laboratory’. This constituted a stove development, testing and demonstration area, although it was simply an area of ground under some trees. However, what the ‘laboratory’ lacked in terms of ‘facilities’ it made up for in the fact that it was public. As such, it attracted much interest in the form of spectators and curious children. This led to considerable participation giving the villagers an opportunity to air comments, discuss scepticism as well as get involved and make suggestions. This raised the profile of the stove, and helped relationships to develop between the field workers and the villagers.

The stove developed was named the ‘Mina Stove’. It is a simple two-pot mud stove, shown in use in Figure 1, and in cross section in Figure 2.

No chimney was included in the stove due to cost and difficulty of procurement. This compromises the pursuit of clearing the kitchen environment of smoke, but in this case the ‘technical ideal’ had to be sacrificed in the interest of user needs and means. However, the stove was made considerably less smokey than the traditional by the inclusion of a grate and firebox air holes (to provide primary and secondary ventilation respectively), which aided cleaner, fuller, combustion. The firebox opening was shaped in such a way as to minimise heat loss whilst enabling the insertion of chapattis for baking. The double pot-holes were a feature welcomed by all users, as meals usually consist of at least three separate dishes.

Cooking tests, conducted by village women, were used to compare the U-shaped and Mina stoves for cooking a typical family meal. In these tests, the Mina stove burned 0.5 kg (25%) less wood and cooked in 30 minutes (40%) less time than the traditional. In addition, the Mina stove produced considerably less smoke (visible emissions down by more than 50%) and was easier to light and control. Figure 3 shows a woman cooking the meal on the U-shaped stove during a test. Many people came to watch the testing in progress, which were followed by an announcement of results and a very good meal. 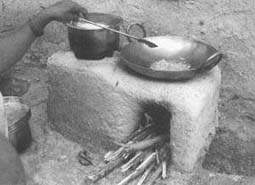 Figure 1: The Mina Stove (grate is located beneath fuel) 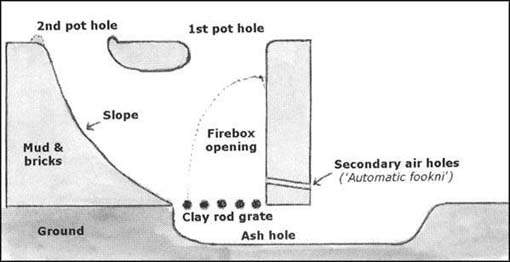 After the demonstrations and the resultant good reputation the stove gained, many people were keen to adopt this stove and asked for one to be built in their homes. Some villagers have been using the stove for three months now and are very enthusiastic about the improvements. Cost, however, remained an issue for the poorer villagers. Steel grates are the most expensive component of the stove, costing around Rs25 (US $0.55). This is a significant sum for many of the villagers, equal to a full day’s pay. As such, the project set about devising a cheaper, locally producible alternative to the steel grate. 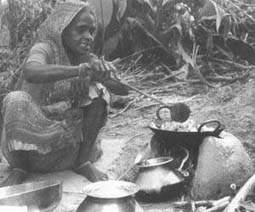 Figure 3: Woman cooking a meal during a stove test

In the intervention village there is an abundance of clay and potters. One of these potters volunteered his services to help develop a clay grate. Clearly, clay is not as strong a material as steel and the possibility of breakages needs to be considered. It is unlikely that an entire grate would break at one time, so it seemed wise to design the grate in such a way that individual elements could be replaced when broken.

The final design consisted of 5 baked-clay rods of diameter 25mm arranged side by side with 10mm gaps between rods, as in Figure 4. In terms of stove performance there is no noticeable difference between clay and steel grates.

Note that the rod supports do not constitute a separate component of the stove, they are simply moulded into the mud in the ground. These can be formed using a wooden mould, easily and cheaply prepared by a local carpenter as in Figure 5.

How strong is it?

Tests have shown that the rods comprising this grate are surprisingly robust. Cooking ‘simulations’ were conducted involving heating the rods to high temperatures and ‘spilling’ hot and cold liquids onto them to see if they fracture, as well as testing their resilience to shocks through knocking. The rods survived more abuse in all these tests than they are anticipated to encounter in normal household use.

The grates have also been used for household cooking. Repeated cooking over a number of weeks did not result in any damage to the rods in one household. However, it is clear that longer tests are required. As such, 25 households are presently using the clay grates for everyday cooking. The grate will be evaluated, based on the results of these tests, later this year.

How cheap is it?

In Chibau Khera, one of the potters is now manufacturing the rods for Rs1 each, which includes the clay, labour and baking. The cost of the entire grate will therefore be around Rs5 (US$ 0.10). This is about 20% of the cost of a metal grate, and as such needs to last over 20% of the life of a metal grate in order to be directly economical. Of course, even if the direct economics of this did not ‘work out’, the lower cost could be seen as a way of spreading payments for a grate. This is a potential area for future research.

The stove performs well in tests and it makes the Mina Stove financially accessible to some of the very poorest and remotest villages. However despite the successful tests and demonstrations, many villagers have opted to buy metal grates. People doubt the strength of the rods, particularly in the longer term. Some of the sceptics are themselves potters and it is important to respect and be open to their wisdom and doubts.

There may be other less obvious reasons for people’s reluctance to use the grates. By virtue of the publicity they have received in the village - as a ‘cheap alternative’ - the grates may now have something of a stigma attached them. It is possible they have become a ‘poverty indicator’ in the minds of villagers. In contrast, the metal grates may indicate affluence. These attitudes may be held sufficiently strongly to mean that even the poor are prepared to pay the extra for a metal grate, though this has not been confirmed. This example highlights how the manner of introduction of a technology may affect people’s response to it. 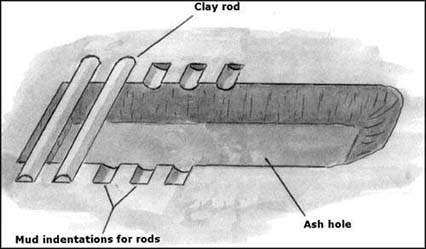 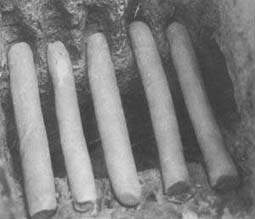 Figure 5: Rods in position in a stove, forming the grate over the ash hole.

There are also village politics worthy of note, including a longstanding argument between an influential government representative and the potter. This may be affecting people’s attitude towards the potter’s business pursuits. Finally, it is important to note that this village is not among the poorest in the area, and that uptake rates may be different in a lower income context where people could not consider a metal grate.

There are likely to be a number of indirect benefits of using this grate. Firstly, the manufacture of the rods can provide extra income for one or more of the potters. In Chibau Khera, the potter selected for manufacture was one who had been unendingly helpful and generous to the project team and our work. This was a way of giving something back to him. Secondly, the fact that components are locally made means supply problems are less likely, and that prices may be lower than if transport costs were incurred. When replacements rods are required they can be procured easily in-village. Travel outside of villages can be time consuming and expensive. Finally, the manufacturer is likely to constitute an in-village publicity representative for the new stove and grate. It is in his or her business interests for people to use the new stoves and grates, as that generates business.

This concludes the story, so far, of the clay grate in Chibau Khera. The results of the longer-term tests presently underway are required before the next step in its development or promotion can be decided. In addition, the obstacles to dissemination of the grates need to identified and better understood before moving forward.

To date, the project has been a great success. The objective of developing and popularising an improved stove in the village has been realised. Many people are willing to pay for the stove components, and a woman has been trained and is working in their construction. The whole manufacturing process can be carried out at village level using local materials, and this has introduced incentives for its local and inter-village dissemination.

This is, however, a small success in terms of the project as a whole. No stove project is successful until the stoves are being widely accepted and used as well as easing people’s problems. The clay grate is a way of making this stove more financially and logistically accessible to a greater number of particularly poorer, people.

Jon Rouse (jonrouse@iname.com) is a freelance consultant, presently working at the Water, Engineering and Development Centre (WEDC) in the UK. More about him and this project can be found at: www.jonrouse.freeserve.co.uk/dev