1 Christopher McMenemy was a geography Ph.D. candidate at the University of Cambridge, studying energy and community issues in Nepal and northern India, when be and three others were killed in a yachting accident off the Dutch coast in August 2000. At the time of his death, this article was a work in progress. It is based on the paper he presented at the World Renewable Energy Congress held in Brighton, UK, July 2000

· the Community Based Economic Development Project - CBED in Jumla

These projects focused mainly on the development of community-owned micro-hydro power systems (MHP - see Figure 2), which can be used for lighting, but could also be used for mechanical end-uses. (Two of the more common end uses are grinding and oil expelling.)

CBED is a medium-sized development project run by the Centre for International Studies and Cooperation, a Canadian INGO based out of Montreal. This paper focuses on the MHP initiatives in one District, Jumla (Figure 3), which is one of the poorest areas in the country where;

· The majority of the population are poor farmers.
· The average household income is Rs. 40000 per year (£365 or $590)
· Both assets and income are distributed relatively equitably

The goal of the CBED project is to ‘build and strengthen Community Based Organisations (CBOs) so that they can develop as viable economic institutions, capable of effectively managing natural resources, improving socio-economic conditions in their communities and interacting productively with local elected officials and government agencies at the district level’

The strategy is to form organisations such as NGOs or co-operatives that can provide a link between the users and the state. To date, the project has generally been successful - the production and sales of cash crops has increased; MHPs have been built and are operating reasonably well; and numerous workshops have been held with the state and local officials; and it is well-received among villagers.

The CBIEP was conducted by the Lamjung Electricity Development Company (LEDCO) in the District of Lamjung, Nepal. LEDCO is a private Nepalese company, owned by a group of investors from Lamjung District.

The social and economic conditions in Lamjung are relatively better than in Jumla.

· The district is fairly wealthy due to its proximity with the road, existence of army pensions and a reasonably developed infrastructure (e.g. phones, some irrigation).

· On average people have more land per household and a large number of people are able to grow enough food for their own consumption. 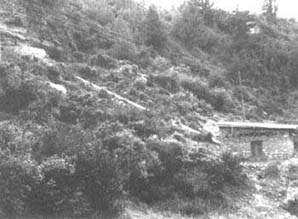 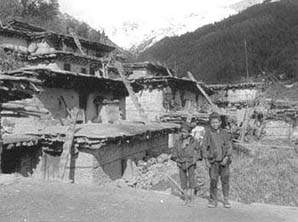 Figure 3: The village of Hun in Patrasi, Jumla

The goal of the project was to implement MHP systems so that a range of renewable energy systems could support themselves financially. Therefore, the project sought to develop an energy strategy that was integrated with local economic development objectives.

The specific goals of the project were:

· Long-term: improve the ability of communities to plan for the sustainable use of local energy resources.

The project sought to achieve these goals through the establishment of Village Energy and Environment Committees (VEECs) that would serve:

· as intermediaries between the community, the state and manufacturers;
· centres of local knowledge about energy;
· long-term decision-making bodies

The number of failed rural energy projects is evidence that the provision of energy infrastructure alone is not enough to bring about these aims.

The questions still facing us - as implementers, planners and technologists - is; how does energy infrastructure fulfil development objectives? How do we ensure that development is positive for the greatest number?

· the only way to reach many remote areas

· scale is often more appropriate to local needs - 100 W to 150 W per household, and, with the introduction of affordable energy efficient lighting systems, future household power demand will be considerably less than this

- use of local knowledge
- freedom and flexibility in the hours and types of energy use, payment systems;
- the development of local organisations adds value in itself - i.e. it builds social capital.

So, the practical challenge is first making MHP systems run, and second, ensuring that they run well.

The costs facing an MHP plant suggests that there is a break-even point where productive end-uses generate enough money that the cost of domestic - or basic needs - applications drop to a level where they are affordable for all. It is likely that certain end-uses have different impacts for different groups (Table 1).

Comparisons between the projects

The projects are similar in that they sought to implement energy through community-based energy strategies, but they are different in that:

· Energy was only one aspect of the CBED project, whereas it was the main goal of the CBIEP project

· the CBIEP looked at a broader range of energy technologies, whereas CBED only focused on MHP electrification as an energy strategy.

The point is to ask how effective these projects have been in creating benefits and new opportunities. A good place to start was to ask people what they think!

In the CBED project, people were asked how electricity had fit into their development objectives, as well as the benefits and drawbacks of electrification systems, as shown in Table 2

Similarly, in the CBIEP project, people were asked to identify their specific development objectives (Table 3). Energy strategies were subsequently developed around this feedback.

Subsequently, people were asked how much they would be willing to pay for four measures needed in order to get an idea of the likely distribution of benefits (Table 4).

· to make a lump-sum payment for energy services (e.g. for installation or repair)
· for lighting
· for grinding
· for oil expelling

Not surprisingly, willingness to pay was always related to household income. Also;

· people with more income spend slightly more on energy,
· poor people spend a much higher of percentage of their income on energy services

This trend is likely to become more pronounced with increasing levels of development. If there was a greater range of services, it is likely that either the prices would be set above what poor people could afford, or richer people would have greater access to services.

The second aspect of the study analysed how benefits were distributed within the household, as shown in Table 5.

Table 2: CBED project; the role of electricity in development objectives, benefits and drawbacks

Judging by these findings, there are three broad statements can be made:

· there is a risk that benefits will be appropriated by richer households, for the simple reason that rich households have the money to spend.

· before we can talk about distribution and equity, we also need to ensure that systems do indeed function. In remote areas and low-income areas, this is still a major challenge.

Three key lessons to ensure that energy remains accessible to all

· Decentralisation means that communities will have to assume financial responsibility

- when something breaks, it is up to the community to find the money to replace it. This has implications:

- because everyone has to pool together, the participation of poor households may be limited - clearly, users will only contribute what the poorest can afford.

- households may divert money from other essential areas - e.g. education - due to social pressure. The solution is to ensure that MHPs have other areas for income generation:

- productive end uses should exist which will generate economic linkages between energy and MHP. Of course, this also maximises the breadth of the development impacts of the system.

- the implementation strategy and the organisational structure will determine whether the system will function well. Where linkages are generated, it is more likely that systems will be used for some sort of income generation, although it is not possible from this data to say who will benefit.

· The introduction of MHP is often technically new and challenging in remote rural regions. Often people do not know how to fix or manage the systems so the most educated, which is usually the most wealthy, have the say in decision-making. Less educated people - the poor and women - are limited in their participation because they cannot read or write. If the women are omitted from decision-making and the poor contribute a greater amount of their income to energy services, then it is fairly obvious who will suffer. The solution to this is to provide training to the greatest number of people - i.e. generate human capital. This ensures that everyone has a say in decision-making and that everyone understands the operation of plants.

· While decentralisation does offer the benefits of economic efficiency and appropriate-ness, it also offers an opportunity for opportunism - for example, outright pilfering of funds. The only solution to this is to ensure that linkages and enforcement mechanisms exist between the state and local organisations.

Table 4: Willingness to pay for services