The Intermediate Technology Development Group (ITDG) have developed a small wind generator (SWG) intended primarily for battery charging in Peru and Sri Lanka (Figure 1). The project is funded mainly by the Department for International Development (DfID) and aims to provide rural households and communities who do not have access to mains electricity with a form of electrification (1).

The project has been developed to ensure that SWGs have the greatest chance of being accepted and used sustainably in both countries. This has been done by researching the needs of the market, designing the SWG with these needs in mind, ensuring that manufacture can take place locally in relation to the market, and that institutions exist at local level to ensure a long product life. This approach is being used so that:

· people will buy SWGs to meet their needs,
· expectations of the technology are met,
· SWGs are affordable, and
· they can be repaired using local knowledge.

Constraints to the widespread use of SWGs in developing countries

· Commercially available SWGs usually have to be imported (except in Inner Mongolia, where there are at least eleven companies involved in manufacturing SWGs) adding to initial costs. Warranties on imported machines are irrelevant in poor and remote households.

· Wind data is not systematically collected or statistically relevant. Data collected at airports is not applicable countrywide.

· SWGs are not matched to local load patterns or wind regimes. Ratings aimed at the North American or European markets (rated windspeeds of 10 m/s plus) do not reflect the need to produce an output at low rated windspeeds, often between 5 and 10 m/s, which is more appropriate for many developing country applications.

· Decision-makers are still often tied to the idea that grid extensions are the only sensible option for rural electrification. Although the situation is improving, large-scale, centralized schemes continue to attract the major investment.

· Past pilot projects, often donor-led, have failed due to a lack of consideration being given to long-term sustainability. This in-turn leads to the technology gaining a poor reputation.

The potential for providing energy services in both countries through the use of wind generators was assessed based on the following criteria:

· Detailed socio-economic and market studies were carried out in selected areas. Information was gathered from a variety of sources including existing literature, surveys and interviews, and visits to local institutions and authorities.

In Peru the rural population is divided into two main groups: the rural population which live in small villages (ranging from dozens to hundreds of families) and the dispersed rural population. The inhabitants of the small villages have much greater opportunities to gain access to electricity than those inhabitants who are dispersed throughout the countryside, for whom the costs of providing electricity is very high. Many of the inhabitants of villages with no electricity supply use batteries for their domestic lighting needs. These are either car or motorbike batteries which they recharge periodically (generally on a weekly basis) in the nearest village with a regular electricity supply. However, the great drawback is the high cost of the recharging services.

Typical electrical demands in a Sri Lankan rural household using a car battery are shown in Table 1. Allowing for battery efficiency of 80% the required electrical input to the battery is approximately 16 kWh per month. The number of such batteries is often quoted in literature as 300,000. On an average, households spend between Rs.20 to Rs.40 (18p -36p) for charging a battery excluding any charges associated with the transport of batteries from the village to the charging centre. In general, batteries are charged twice a month. Only a small fraction of households use the battery power for lighting and radios at the same time, usually lighting is given a lower priority.

The size of the market

In Peru, the number of rural houses that satisfy the stated criteria is 180 000. As a first estimate, the selling price of the SWG was predicted to be US$ 400. This cost may be difficult for the very poor to afford if they want to have their wind battery charger to be of exclusive use for the family. However, it may be possible to establish a small business of battery charging for their neighbours. They may then be in a position to break even after two years, based on the fact that, at present, rural families who charge batteries do so once or twice a fortnight.

The batteries currently in use are 60 Ah car batteries with approximately 50% discharge each time. This level of daily energy demand can easily be met with the predicted wind regime in the areas of interest, and allow for periods during the week to charge additional batteries. However, for the poorest families, the first and most important constraint is the availability of credit.

In Sri Lanka, the most promising areas for exploiting the wind are around the coastal areas.

The northern half of the east coast and the eastern part of the southern coast can be considered to have a good wind resource. These are the non-electrified fishing villages with a total population possibly well over 60,000 households. Even if only 5% of these households purchase wind generators (and the indication is that the figure could be much higher), that represents a market of 3000 wind generators, probably enough to establish a small manufacturing industry.

Using the wind resource and demographic information above, two possible cases of battery charging can be analysed further.

For community charging, a 50W generator does not cater for enough households and would take too long to charge a battery. The 100W generator would cater for 2-3 households, but involves long recharging times, leaving the household without electricity for one fifth of the time. The 200W generator is more promising, but more energy would be wasted in higher winds.

Personal ownership of the generator allows all the output from the generator to feed directly to one battery, ideally through a charge controller. It is necessary to have a 90 Ah battery to avoid the battery becoming fully discharged. Single ownership also allows for the possibility of selling battery-charging services.

The generator was designed by Hugh Piggott of Scoraig Wind Electric, UK.

The Peruvian and Sri Lankan designs differ slightly to suit local conditions. In Sri Lanka, the generator design was based on the following:

· Deliver ~ 16 kWh in a wind regime which is typical of an agricultural landscape along the southern, north-western, northern and north-eastern coastal regions.

· Design wind speed is taken as 5m/s as the largest part of energy output is expected beyond this wind speed.

· Wind turbine rated wind speed is taken as 8 m/s as nearly 70% of the energy output is available below 8 m/s.

· The wind turbine to be supported on a 12m high guyed mast.

· The machine to have a control system to regulate power at the rated value of 100 W.

· To be able to manufacture in a small metal workshop with basic tools and equipment, e.g. bench drilling machine, arc and gas welding equipment, sheet rolling, etc. The shop will have access to a lathe machine in the vicinity.

· The machine to be fully assembled on the ground and erected with the help of a gin pole and winch or a 4-wheel tractor. 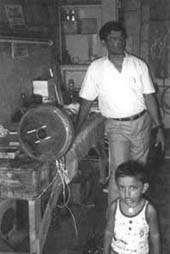 Figure 2 shows the general layout of the generator as built and tested in Sri Lanka. Materials have been chosen to be readily available in Peru and Sri Lanka, and manufacture is simple. The design is at the prototype stage; product development for the market will take place locally. There are eight magnets on the rotor but only six coil assemblies in the stator. This arrangement results in a 3-phase electrical output which is desirable because it provides smooth power output.

The Sri Lanka prototype underwent laboratory testing on a lathe at Udaya Electricals in Colombo, Sri Lanka on 4th July 1999. During the test, the alternator was run at approximately 200 watts output (15 amps) for a long period and showed no signs of overheating. It would therefore be feasible to produce 200 watts at around 10 m/s windspeed. On a wind turbine, the cooling would be much more effective than it was on the lathe, so surges of power up to 300 watts would be acceptable on an intermittent basis.

The project 'Small Wind Systems for Battery Charging' has successfully completed its first phase with the identification of a market for SWGs in Peru and Sri Lanka. A 100W generator has been designed and tested in Sri Lanka and performed according to predictions. Preliminary aerodynamic and mechanical design has been conducted in Peru and Sri Lanka.

The use of batteries in Peru and other Latin American countries is not new; it has been practised for some years. The wind potential in Peru is not as attractive for the exploitation of wind energy systems for the grid as it is for small systems, but there are enough good resources that can be properly used for the benefit of rural isolated populations. The size of the market in Peru is large enough and there is the local capacity to manufacture small generators completely, except the need of few small parts such as bearings, and materials like fibre-glass.

The widespread use of automobile batteries, involving transporting them over long distances to charging centres, shows that there is strong demand for electrical services. Average monthly expenditure on accessing electrical and lighting services is Rs.290 (US$4.5), between 2-10% of monthly income. Batteries are used by rural households to power radios and televisions for a few hours per day. All households visited used kerosene for lighting. The batteries (60 Ah and 90 Ah automobile batteries) are completely discharged before being taken to local towns for charging (average journey time one hour). There appears to exist considerable demand for electrical services that could be met by SWGs) in the coastal areas of Sri Lanka.