Natural gas is a clean-burning, efficient fuel for household energy, but it is unlikely that it will ever reach every home worldwide. However, it is possible to bring a modified liquid form of natural gas to homes at a reasonable cost with very considerable accompanying safety and environmental benefits.

Use of wood as a household fuel seriously threatens the forest cover in many parts of the world. Historically, kerosene, a by-product of petroleum refining, is the next step up the ladder, but while kerosene is easy to distribute and convenient to use, it does not always burn cleanly. More critically, it is used as a fuel for the entire world's air fleet, and the aviation industry will always have first call on the supply of kerosene. 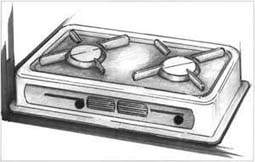 What is critically needed today is a fuel made from cheap natural gas that can be transported like kerosene and which will burn cleanly like natural gas. This fuel is the liquid methanol, formerly known as wood alcohol, because, well over a century ago, it was produced from wood. At that time it was well established as a fuel. Today methanol is made from methane (natural gas) by a net reaction:

The hydrogen produced in this equation is used for fuel to operate the process. Methanol can also be made from biomass.

In each case, heat energy is needed to drive the overall chemical reaction. Equation 2 is not balanced whereas Equation 1 describes the actual process very closely. All of the technology exists today to make methanol from wood at yields of roughly 150 US gallon per tonne of dry wood, or 570 litres. One dry tonne of wood so converted per day would supply fuel for 600 families.

Already the technologies are being used commercially worldwide

· Converting ground wood waste to synthesis gas in Australia and the US.

· Co-firing MSW with coal at a number of plants in the US.

In 1993, Costa Rica alone generated 1.75 million tons of waste banana tree stems and leaves plus 318,000 tons of substandard fruit. This amount of biomass could be fermented by well proven technology to make enough biogas to produce about 150 million litres per year of methanol, enough to serve 400,000 families, a substantial fraction of the population of that country.

Depending upon the growing conditions for eucalyptus, some 40 - 80 acres could support these 600 families. To have a practical sized plant one would need to supply 30,000 families using an area of 2000-4000 acres. If this plant could be built where the energy was needed, then virtually all of the cost of growing the trees and making the methanol re-enters the local economy. The net CO2 emissions would be a tiny fraction of that from burning kerosene and about one quarter as much as simply using wood for fuel in the first place.

Methanol can be burned in the type of simple cooking stove long in production for use in boats, recreational vehicles and campers. These stoves, one of which is shown in Figure 1, can be a one-burner or two-burner table model or can comprise a stove with two or three burners and an oven.

Methanol is contained in a canister, as pictured in Figure 2, in which methanol is retained by a non-combustible, porous material so that no spillage is possible; one canister is shown sliced open. This is a very unique feature. There are no wicks to smoke and burn up and the fuel does not need to be pressurized. Methanol, being already partly oxygenated burns clean with no smoke. The heat of the flame vaporizes the requisite amount of fuel out of the canister. A simple damper sliding across the opening in the fuel canister regulates the amount of flame and therefore the amount of heat. The stove is extremely safe; it cannot spill fuel and spread a fire or blow up.

Methanol manufacture today starts with a raw material (natural gas) costing about 0.53 US dollars per million kilojoules (about $0.50 per million btu). Allowing for transport costs, it compares favourably with kerosene, delivered at a comparable cost, ie a range of $5 to $6 per million KJ.

Once the technology is established, a conservative estimate of the cost (constant 1999 dollars) of methanol per family per day, for cooking fuel, is 20-25 cents per day and this could fall in time to the level of 15-18 cents, based on imported methanol. Purchased wood costs more than this; or alternatively, the time saved from fuelwood collection could be put to productive use.

Bottled gas is an inherently expensive fuel to deliver to the household because it must be handled in high-pressure tanks and ships the whole way. The household pressure container and regulator added to the stove cost making the burning equipment more costly than for kerosene or methanol. Without subsidies, LPG in the long run will cost about twice as much as methanol. 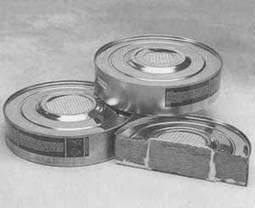 How does the use of methanol get started in a given country? First there must be motivation on the part of the government to reduce deforestation and to help the people secure a cheap, clean substitute cooking fuel. This means eliminating tariffs and subsidizing the new fuel if kerosene, LPG and electrical energy are now subsidized for cooking use.

Next would be temporary assistance on pilot marketing projects by developed country aid missions working through some of the many NGOs and with full cooperation with the suppliers of the stoves and the methanol. These pilot projects would sell the stove and the fuel at the expected eventual large volume prices so that a fair evaluation of the market could be made. Once the market is proven, private enterprise would take over and grow the market entirely at its own risk.

The methanol would be imported initially, while planning would begin for the production of methanol from plantation biomass, based on such species as eucalyptus, aleman or carib grass, leucaena or horse tamarind, water hyacinth, or banana farming wastes, using either biogas or steam gasification technology.

With nearly two billion people in need of a clean household fuel, a world methanol industry seeking new growth markets, and governments demanding that natural gas not be wasted, the ingredients are all in place to solve these large problems. The new fuel would change the lives of some millions of people for the better and, in time, provide a vast new renewable energy industry replacing what is now a level of forest destruction that cannot long be tolerated.