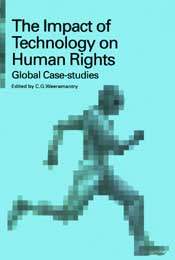 Jan Berting graduated in 1959 from the University of Amsterdam, where he obtained his Ph.D. in 1968 with his thesis "Between High and Low Society". From 1959 to 1962 he worked as a research fellow in the Social Psychology section of the Central Post Office, Telegraph, and Telephone Company in The Hague. From 1962 to 1966 he was on the staff of the Faculty of Social Sciences at the University of Amsterdam, becoming professor in 1966. In 1969 he was appointed Professor of Sociology at the University of Groningen and in 1972 Professor of Sociology at the Erasmus University in Rotterdam. His main interests include social inequality and mobility; technology and societal change; macro-social processes; international comparative research; and human rights. He has published several books and numerous articles pertaining to these fields: a recent publication, of which he was co-editor, is Human Rights in a Pluralist World. Individuals and Collectivities (Meckler, London/Westport, 1990). Professor Berting is a board member of the European Coordination Centre for Research and Documentation in Social Science and member or chairman of several boards and advisory committees, which are related to the university system of the Netherlands and to other national or international organizations. He has been chairman of the Universities' Joint Research Institute in the Social Sciences (1974-1980) and a member of the Board of the Netherlands Commission to Unesco (1975-1985).

Pawel Bozyk is Professor of Economics, Warsaw School of Economics, and Director, Institute of International Economic Relations, Warsaw. He was born in Poland in 1939 and is a graduate of the Warsaw School of Economics. He is Director of the Foreign Trade Research Institute, Warsaw, and a member of several other bodies, including the Council of the United Nations University, Tokyo; the European Association of Development, Research, and Training; the International Studies Association; the European Economic Association; the Club of Rome (Polish Section); and the Club of International Economic Relations (Warsaw). His publications in Polish include Foreign Exchange and National Product (Warsaw, 1968); Advantages of International Specialization (Warsaw, 1972); and Dreams and Reality; Anatomy of the Polish Crisis (Warsaw, 1983). His publications in English include Global Challenges and East European Responses (editor) (Warsaw/Tokyo, 1988) and Applying Market Mechanisms to the Socialist Economy (Warsaw, 1989). Professor Bozyk has been awarded first prizes by the Minister of Higher Education, the Polish

Academy of Sciences, the Polish Institute of International Affairs, and the Warsaw School of Economics.

Susan Burnell Edwards was born in the United Kingdom in 1942. She graduated in Botany with honours from Manchester University, obtained an M.Sc. in Plant Taxonomy at Liverpool University, and qualified as a recognized teacher with the Ministry of Education. She went to Ethiopia in 1968, since when she has worked in the field of higher education and in the Institute of Agricultural Research. She has taught a number of biology courses and has produced a book on common flowers of the highlands of Ethiopia. She has taken an active interest in the work and cultural background of women and children in Ethiopia.

Tewolde Berhan Gebre Egziabher is an Associate Professor of Biology at Addis Ababa University. He was born in 1940 near Adwa in northern Ethiopia. He received his undergraduate education in Addis Ababa and presented his Ph.D. thesis at the University of Wales at Bangor. He has served as Dean of the Faculty of Science, Addis Ababa University, and as President of Asmara University. He has directed several research projects and is currently Leader of the Ethiopian Flora Project and Director of the National Conservation Strategy of Ethiopia. He has also made several studies relating to higher education in Ethiopia and is a member of scientific councils, editorial boards of journals, and scientific associations. He has been editor of Sinet: An Ethiopian Joumal of Science. Professor Egziabher has also written papers on plant ecology and on other aspects of science and technology.

Yoseph Gebre Egziabher was born in 1943 near Adwa, northern Ethiopia. He received his undergraduate education in law at Haile Selassie (now Addis Ababa) University, where he obtained his LL.B. After much work experience, he undertook postgraduate studies in Yugoslavia, where he obtained his M.Sc. degree in Sociology. In his legal career he has been a public prosecutor, an attorney and counsellor at law, and lecturer and later Assistant Professor of Law as well as Dean of Law at Addis Ababa University. He left the university to become a Deputy Procurator General for almost ten years in the now-defunct People's Democratic Republic of Ethiopia. He has published a number of articles and commentaries and has attended several international conferences and workshops.

Aart Hendriks was born in 1961 in the Netherlands. He graduated in law and political science from the University of Leiden in 1985. Before he became a researcher and adviser on human rights aspects of public health policy, he worked for the Institute on European -Latin American Relations (IRELA) in Madrid, Spain (1986-1987), the Danish Centre of Human Rights in Copenhagen, Denmark (1987-1988), and the Netherlands Institute of Human Rights (SIM) in Utrecht, the Netherlands (1988-1989). Since 1989 he has been affiliated with the Gay and Lesbian Studies Department of the University of Utrecht and the National Committee on AIDS Control in Amsterdam, Netherlands. His publications include several articles, reports, and books on Human Rights, AIDS/HIV, international mobility, minorities in Central and Eastern Europe, and the process of European integration.

Edgardo Lander was born in Caracas in 1942. He obtained his Master of Sociology degree from Harvard University in 1968 and a Ph.D. in Sociology from Harvard University in 1976. He became Sociologist at the Venezuelan Central University in 1966 and has been Professor in the School of Sociology at the Venezuelan Central University since 1970. He was Director of the School of Sociology from 1983 to 1985. Dr Lander was an Academic Visitor at the London School of Economics and Political Science in 1985 and 1986. He was co-editor of the Venezuelan political journal Processo polco from 1974 to 1976. He was also adviser to the Venezuelan textile labour unions from 1973 to 1977. Dr Lander is the author of several publications, among them ContribuciI>a la crca del marxismo realmente existente: Verdad, ciencia y technolog(Consejo de Desarrollo Cientco y Humanico, Universidad Central de Venezuela, Caracas, 1990). He is the editor of Universalismo y particularismo. Pensamiento crco: Un digo interegional (Editorial Nueva Sociedad, Caracas, 1991). In recent years Dr Lander's research interests have been in the areas of technology and politics, the Venezuelan political system, social movements, and environmental politics.

Vitit Muatarbhorn is currently Associate Professor at the Faculty of Law, Cholulongkorn University, Bangkok, Thailand. He is a graduate of Oxford University and Brussels University. At the local level he runs various projects to disseminate law and human rights to rural people and to youth groups. He is the chairman of the Thai Committee on the Rights of the Child. Professor Muntarbhorn helps many organizations at the national and international levels. He is special rapporteur to the United Nations Human Rights Commission (on the sale of children). He has published widely on international law, human rights, humanitarian law, and development issues.

Manfred Nowak was born in 1950 in Austria. He obtained the Dr luris degree of the University of Vienna in 1973, the Master of Laws of Columbia University, New York, in 1975, and venia docendi public law, University of Vienna, in 1986. From 1973 to 1987 he was assistant (later associate) professor at the Institute of Constitutional and Administrative Law of the University of Vienna. During this time he spent six sabbatical years in research and field studies in the United States, Latin America, the United Kingdom, the Netherlands, Africa, and the United Nations at Geneva. From 1987 to 1989 he was Director of the Netherlands Institute of Human Rights (SIM) at the University of Utrecht. Since October 1989 he has been Professor at the Austrian Federal Academy of Administration in Vienna. Since 1986 Dr Nowak has been a member of the Austrian delegation to the United National Commission on Human Rights. He is a member of the executive committees of various international non-governmental organizations and is editor of several periodicals such as the Netherlands Quarterly of Human Rights. Dr Nowak's major publications are Die Europche Menschenrechtstonvention in der Rechtsprechang der rreichischen Hsgerichte (edited together with Felix Ermacora and Hannes Tretter, Vienna, 1983); Politische Grundrechte (Vienna, 1988); Progress in the Spirit of Human Rights - Festschrift fix Ermacora (edited together with Dorothea Steurer and Hannes Tretter, Kehl am Rhein/Strasbourg/Arlington, 1988); UNO-Pakt iche und politische Rechte und Fahultativprototoll - CCPR-Kommentar (Kehl/Strasbourg/Arlington, 1989); and Human Rights in Developing Countries- 1989 Yearbook (edited together with Theresa Swinebart, Kehl/Strasbourg/Arlington, 1989).

C.G. Weeramantry was a Judge of the Supreme Court of Sri Lanka from 1967 to 1972 and Professor of Law at Monash University, Melbourne, from 1972 to 1991. He was elected by the United Nations Organization as a Judge of the International Court of Justice in November 1990 and assumed duties in that capacity at The Hague in February 1991. He is a Doctor of Laws of the University of London and an Associate Academician of the International Academy of Comparative Law. Dr Weeramantry's published works include The Law of Contracts, being a Comparative Study of Roman-Dutch, English and Customary Law relating to Contracts (2 vols.); The Law in Crisis; Equality and Freedom: Some Third World Perspectives; Apartheid: The Closing Phases?; The Slumbering Sentinels: Law and Human Rights in the Wake of Technology ; Human Rights in Japan; Law: The Threatened Peripheries; An Invitation to the Law; Nuclear Weapons and Scientific Responsibility; and Islamic Jurisprudence - Some International Perspectives. In addition to editing the present volume, Dr Weeramantry was also the editor of the previous volume, entitled Human Rights and Scientific and Technological Development, published by the United Nations University in 1990.