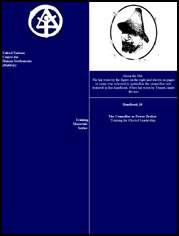 The working relationship between a council and the employees of local government should be seen as an interdependent partnership. You need each other to be successful, and your goals should be largely congruent. This doesn’t mean there won’t be disagreements or conflicts, but they should be addressed in the spirit of mutual trust and respect. Here are some thoughts on how to keep the power partnership between these two arms of local government fine-tuned and operating effectively.

1. First and foremost is the need to empower the officers and staff to do what you want them to do. All too often, elected leaders put muzzles on their staff. They fail to give them operating authority and the necessary freedom and resources to make day-to-day decisions. Local government’s initiative is stifled when the staff has not been given sufficient authority and freedom to perform the duties and responsibilities they have been assigned.

2. Keep the channels of communication open between you and the staff. Try to minimize “surprises” on both sides of this relationship.

3. Be goal-directed with your programmes and services and direct in your relationship with the staff The staff needs to know “where you’re coming from” and what you want done. Nothing undermines the achievement of local governments more than the lack of clear direction and consistency in the way directions are communicated.

4. Recognize that acts of coercion invite acts of resistance and retaliation. They are both attempts to unbalance or re-balance the power relationship, and they rarely work.

5. Again, it is important to mention that sharing power is not the same as giving it away. Councils generally seem reluctant to share the power of the public trust and responsibility with others, particularly those who work for them.

Power is a complex topic. Whenever it is raised as an issue in the development of elected officials, the discussion is clouded with emotions and self-doubt. One of the most familiar quotes about power is that “Power corrupts, and absolute power corrupts absolutely.” What we ought to remember about power is Disraeli’s comment that “All power is a trust; that we are accountable for its exercise; that from the people and for the people all springs, and all must exist.”